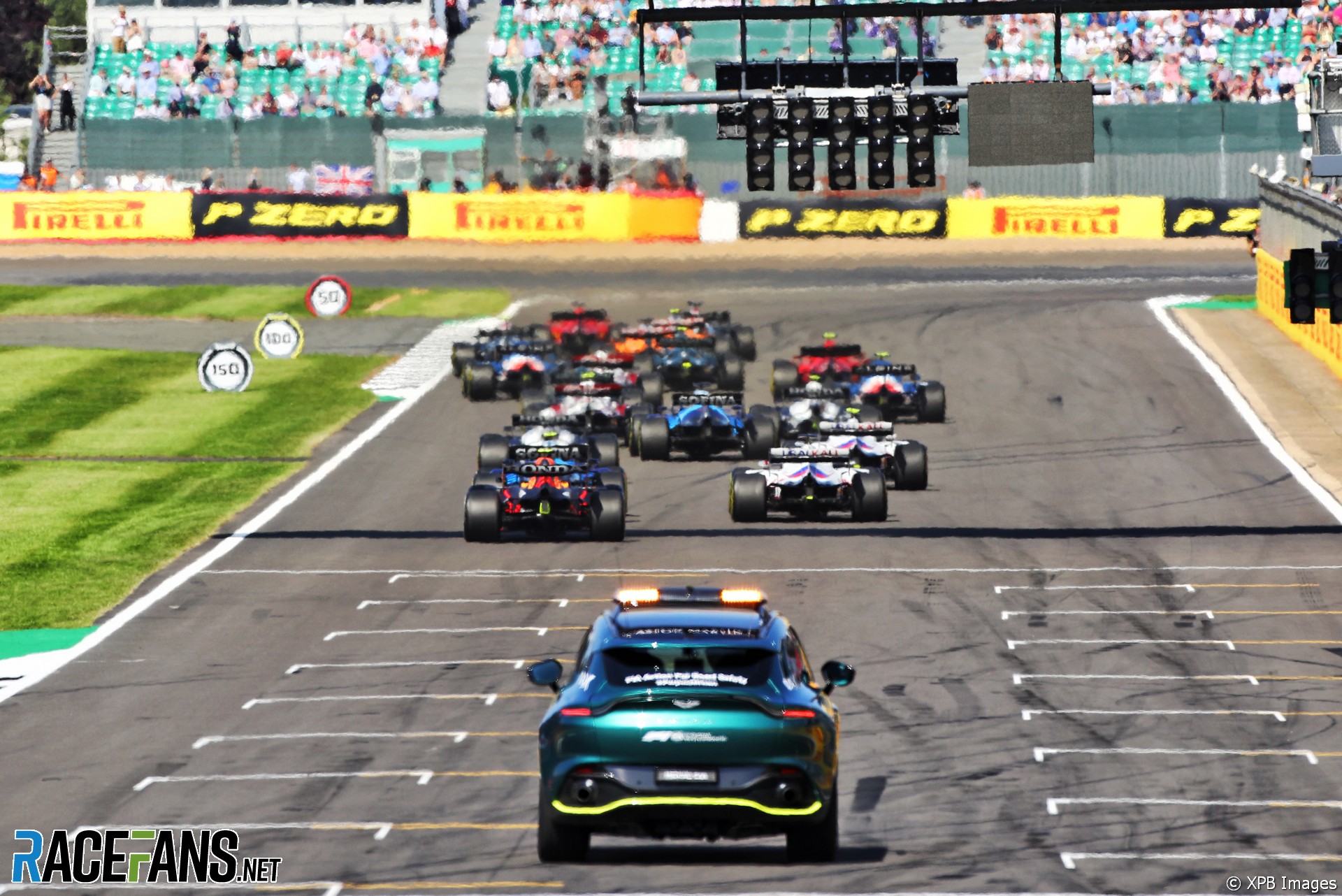 Charles Leclerc says Formula 1’s sprint qualifying format would be improved if Saturday’s race was separate from the grand prix.

Under the new format, used for the first time at the British Grand Prix earlier this month, an extra race was held on Saturday to decide the starting order for the grand prix. The ordinary qualifying session was moved forward to Friday.

Formula 1 took the unprecedented step of announcing the pole position winner would be decided by the sprint qualifying session, a decision which attracted considerable criticism.

Leclerc wants F1 to continue using regular qualifying to set the grid for the grand prix at sprint qualifying weekends. However he praised other aspects of the new format, such as the reduced amount of practice time before qualifying on Friday.

“I really enjoyed it,” said Leclerc. “The Friday normally is so boring. Honestly in the car I just want the Friday to be done.

“Now finally we have a Friday where FP1 straightaway we need to be on it, we have qualifying straight after, which I enjoyed a lot more. Then a sprint qualifying, that makes it exciting, and the Sunday, a great race.”

Formula 1 have indicated they will consider the future of the format, and any potential changes to it, after its initial three-race run this year. Leclerc sees scope for improvement.

“If I give my personal opinion I think maybe the qualifying should be the start of the race,” he said. “The format needs to be maybe a little bit modified but overall I think it is definitely a gain, in my opinion. Maybe the Saturday do a race but keep the starting grid from the qualifying.”

Lando Norris also enjoyed the shortened build-up to the weekend’s qualifying session, when drivers had just one hour of practice instead of three.

“I enjoyed Friday a lot, just having one practice straight into quali,” said Norris. “I think it’s quite cool, it’s similar to what we did in Formula 2 and Formula 3 and things like that.

“So I enjoy it. I think it’s more of a test, not just for us as drivers, but also for engineers and things like that to try to get on top of everything quicker instead of having a whole day and then the night to kind of perfect everything and put so much time into it.”

The McLaren driver was more guarded in his praise for the sprint qualifying race, saying he wouldn’t want to have one at every round of the world championship.

“I think it’s good to just race, but it’s not something I would want to do every single weekend,” he said. “I think having it every now and then is good, I think it is good for the fans if you have it in specific races. But I like also just the normal one with the qualifying and then the build up to Sunday, the main race.

“I’m mixed on it. But for us it’s not important if like it or not, I don’t mind it, if it was a better show for the fans and it means they enjoy a Saturday more then I’m happy with it.”

One criticism of the new format was that it meant the Saturday morning second free practice session became inconsequential. However Norris isn’t convinced this is a major departure for F1.

“Is there ever entertainment from FP sessions?” he asked.

“I don’t think it’s made much difference compared to an FP3. Maybe FP3 is a little bit more exciting because you see the pace of everyone before qualifying so you get to judge things maybe a little bit yourself and people like doing that.

“But I don’t know what else you would do because the only thing you prepare for is long runs and race pace and that’s never the most entertaining thing. Everyone likes qualifying, one-lap shoot-out. That’s the only thing that makes FP3 a bit more entertaining. But FP1 and FP2’s never entertaining so I don’t see it being any different to normal really.”