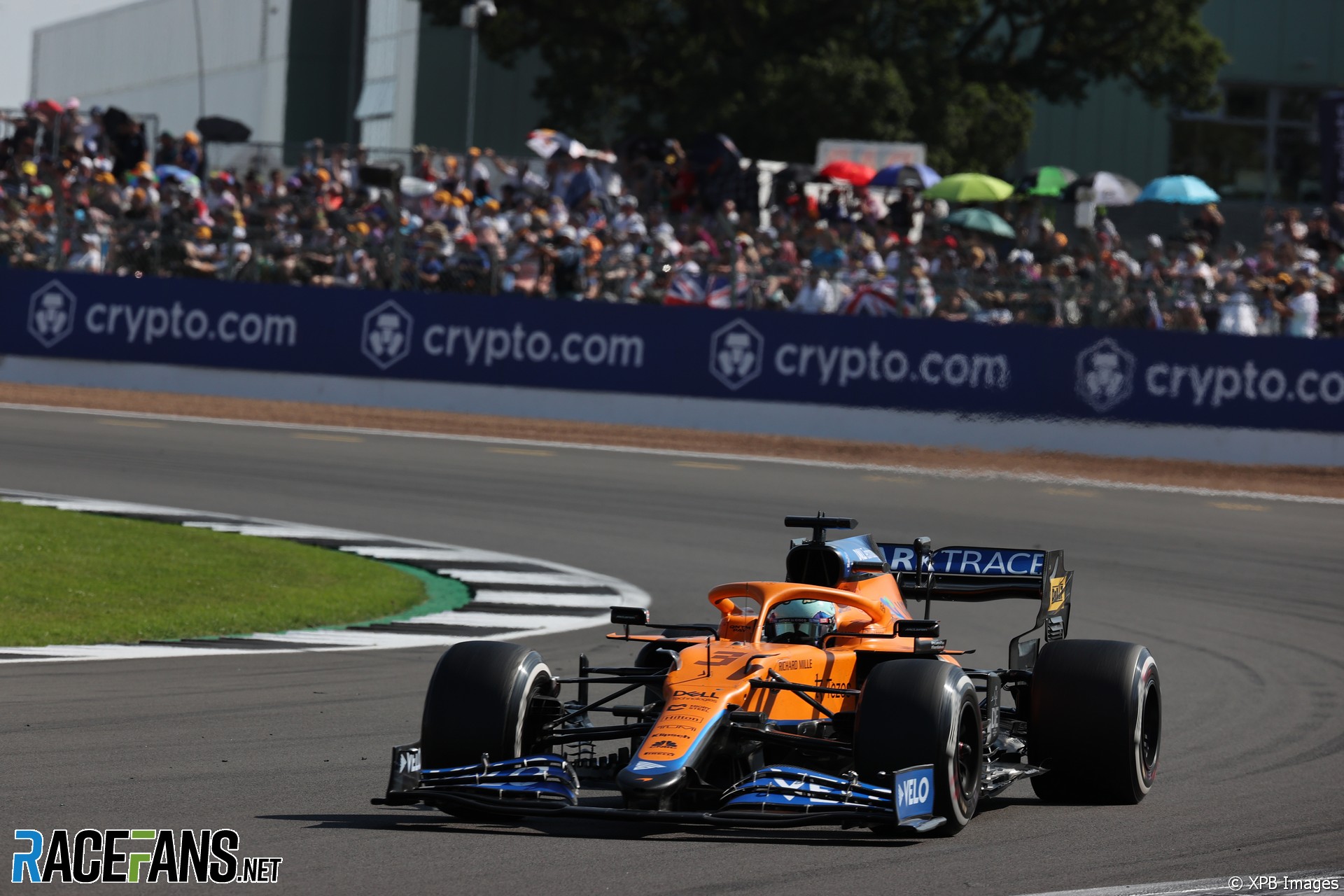 Daniel Ricciardo attributed his best result of the season last weekend partly to the characteristics of the Silverstone circuit.

The McLaren driver qualified seventh, then moved up one spot in the first ever sprint qualifying race on Saturday. He profited from Max Verstappen’s lap one retirement to finish fifth in the British Grand Prix, his best result since joining McLaren.

However Ricciardo said Silverstone’s high-speed nature, which places less of an onus on braking, helped him get the best out of his McLaren MCL35M.

“We were in a decent place with the car and just built confidence through qualifying,” he said on Saturday. “I think I had just a good level of comfort with it, obviously that helps.

“But it’s definitely [that] there’s less braking on this circuit, so that’s one characteristic which maybe has been a good thing for me this weekend.”

Ricciardo said this was the first time the car suited him so well this year. “I had the comfort and confidence to push and it felt relatively like natural for me. So we weren’t really chasing too much with set-up or kind of technique.

McLaren team principal Andreas Seidl was “very happy” with Ricciardo’s qualifying result but said “at the same time, it was good to see that he was still not happy and he was grumpy because he wanted more”.

Speaking on Sunday evening, Ricciardo said his race-long battle with Carlos Sainz Jnr helped him understand more about the way his car was behaving.

“It’s strange, because you’d think on one lap is more when you’re really pushing the car on the limit and maybe the race, when everything settles down, I’ll have a bit more [pace],” he said.

“But I’ve kind of seen the opposite this weekend. On the race, when the car’s a bit [high] on fuel and starts to move around more, that’s where I’ve still got to dial it in a bit more. I think just the feeling and being able to really put the car on that knife-edge. I’m not able to do as consistently yet.

“I think having Carlos actually for most of the race putting the pressure on me kind of forced me to, in a way, over-drive some corners. And I think it allowed me to feel a little more where that edge is.”