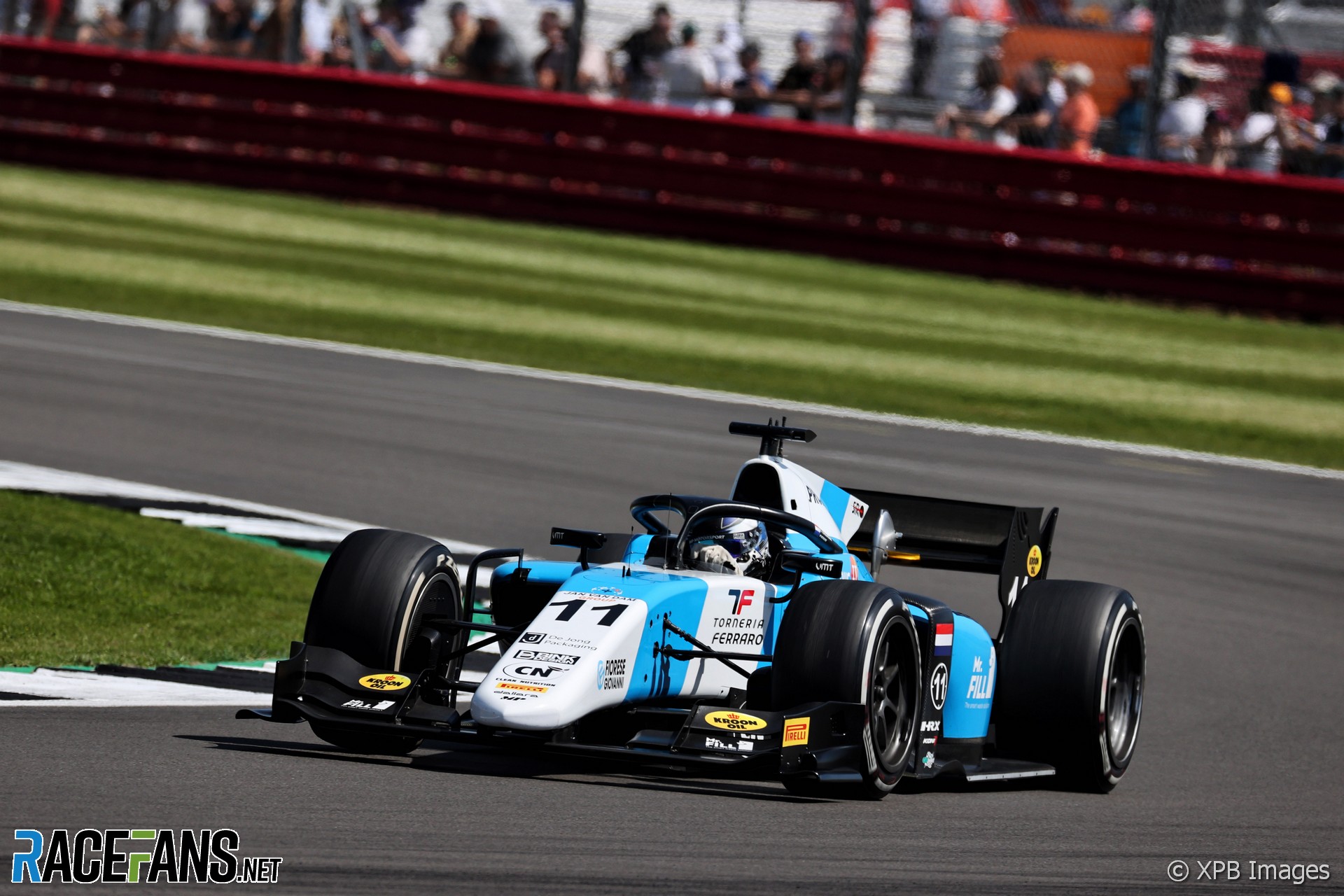 The MP Motorsport driver started from pole position in the partial reverse-grid race by finishing 10th in this morning’s sprint race. Marcus Armstrong lined up second with Dan Ticktum and Liam Lawson third and fourth. Christian Lundgaard stalled on the grid before the formation lap and had to be wheeled back into the pit lane.

After Verschoor led away the Safety Car was deployed following a heavy collision between Ralph Boschung and Alessio Deledda on the first lap, the unsighted HWA driver collecting his spinning rival. Both drivers were able to extract themselves but debris had been sprayed across the track.

Racing restarted on lap four and Verschoor was once again able to get away ahead of Armstrong, while behind them Oscar Piastri passed Juri Vips for fifth.

Jehan Daruvala and Bent Viscaal tangled through Club, Daruvala losing his line while Viscaal was trying to go around the outside. Viscaal was beached in the gravel, Daruvala able to get into the pits to change a badly bent front wing.

That meant the Safety Car was needed again as cars came back around towards the newly renamed Hamilton straight – formerly the pits straight – on lap eight.

Verschoor took control of the restart again and kept the lead comfortably. Armstrong came under some pressure from Ticktum but the main fight within points-paying positions was between Piastri and Lawson for fifth. Lawson put up an extended defence but eventually was unable to resist and Piastri got the move done on lap 18.

Two drivers got caught up in spins during the second half of the race. Jack Aitken lost the rear of his HWA on lap 15 and Robert Shwartzman caught the edge of gravel on the final lap, able to keep going but doing himself no favours in trying to keep pace with Piastri in the title fight.

Verschoor crossed the chequered flag with a 1.2 second lead over Armstrong, Ticktum more than a second back from him in third. Meanwhile Piastri keeps the championship lead going into tomorrow’s feature race, which he will start from pole.

One comment on “Verschoor denies Armstrong for first F2 win”