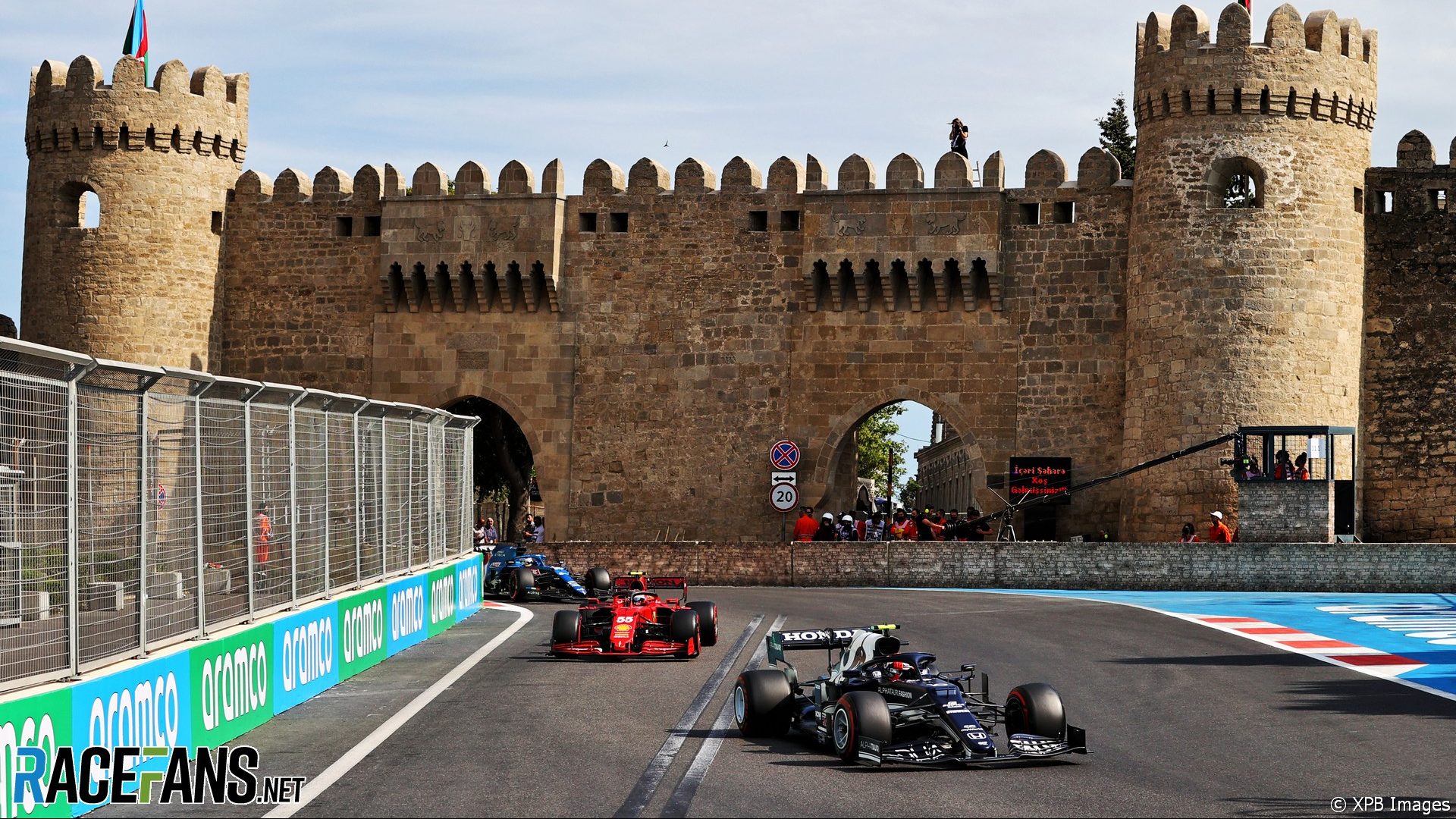 After a promising qualifying, where Charles Leclerc took pole, Ferrari say they only lacked race pace when running behind other cars in the Azerbaijan Grand Prix.

During the race, Leclerc was passed by the Red Bull cars and Lewis Hamilton‘s Mercedes. He also lost out to Sebastian Vettel and Pierre Gasly, ending the race fourth after Verstappen’s retirement and Hamilton’s error at the final restart.

Ferrari team principal Mattia Binotto admitted they “were expecting something better after quali”, though they foresaw a difficult start to the race on the soft tyre compound.

“We knew that on the soft we would have struggled,” said Binotto. “As a matter of fact, we struggled the most with the soft.

“I think on the hard tyres, when in free air, I think that Carlos’ pace in free air was representative. We were competitive.”

While Sainz’s lap times did not match those of leader Verstappen, who was running in the mid-1’45s, Sainz reached the low 1’46s. This compared well with the team’s main rival this season, McLaren, whose cars were lapping in the mid-1’46s.

“Certainly we still need to improve our pace in the race, no doubt,” admitted Binotto. “But I don’t think that overall we were poor in performance today, when in free air. So we suffering the dirty air and that’s where we need to focus our analysis.”

Having lined up first and fifth and finished fourth and eighth, Binotto admitted it had been “a difficult race” for the team. “We have not been perfect in many areas and finally the result is what it is.

“But as usual, it may be a lesson learnt. There are things that we can improve. I’m pretty sure that reviewing the entire race, we will find areas of improvement and that’s important for us overall. I think it’s still a good weekend and we should keep our heads up positive.”

However Binotto drew satisfaction from overtaking McLaren in the constructors championship.

“We made the pole, which I think was outstanding, second pole in a row, showing the progress of the team and the car and finally, we are third in the constructors’ championship. Since the start of the season that never happened, it’s only by two points, but it’s showing that somehow we are progressing.

“So I think there are positives from the weekend but certainly, as I said, things to be learned. Now we’ve got three races in a row in the next weeks, which will be important again. So certainly the team will remain focussed on getting better in the future.”

7 comments on “Ferrari losing too much pace in traffic – Binotto”