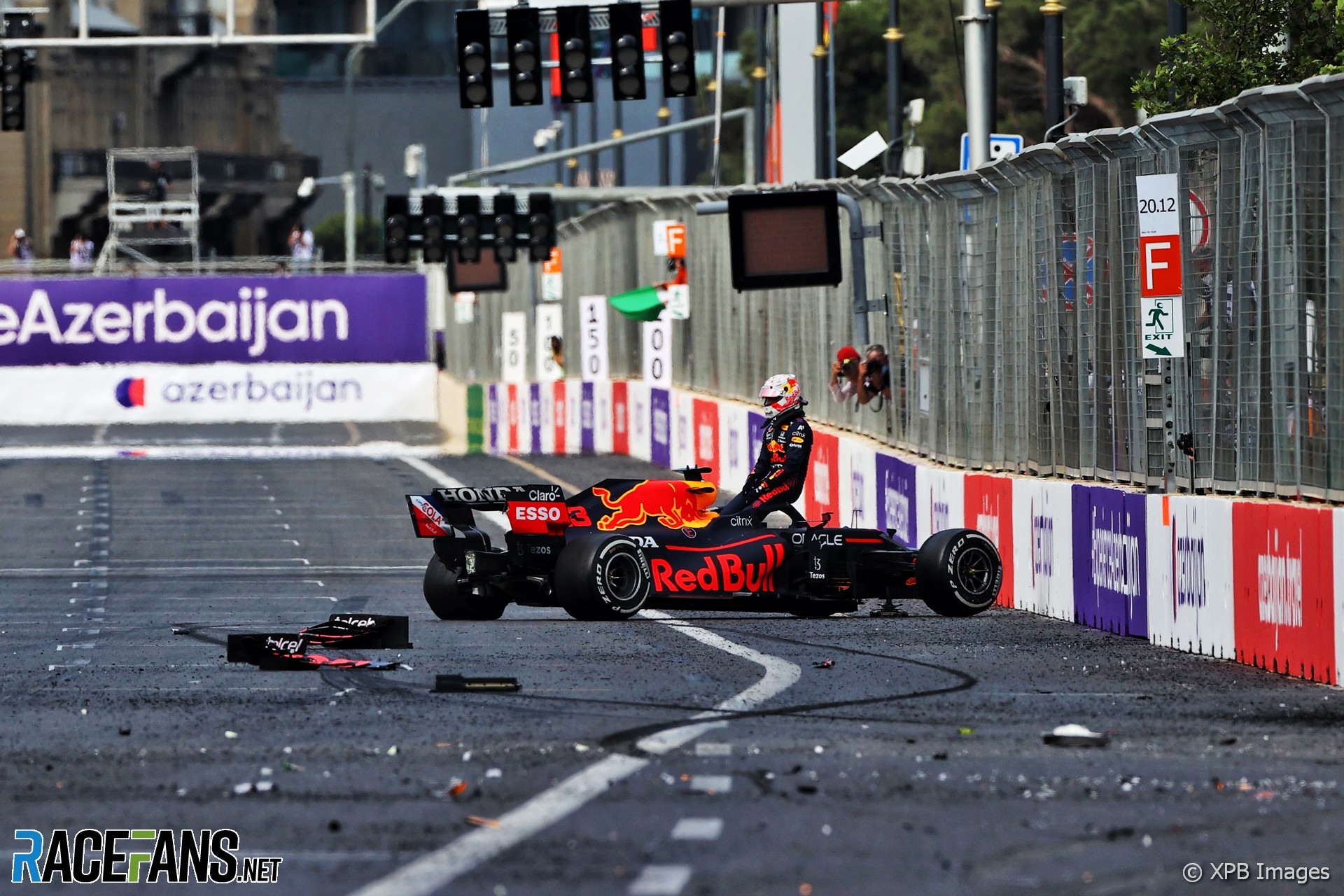 Red Bull believed Max Verstappen was in no danger of failing to reach the end of the Azerbaijan Grand Prix until the tyre deflation which put him out.

Team principal Christian Horner said that based on their practice running they expected Verstappen’s hard, C3 compound tyres “could have lasted easy” to the end.

“From the durability that we could see and from the way that Max was driving the car it should have been more than comfortable,” he said. “From what we could see in the race, you could see all the wear pins were there. The tyre wasn’t being abused. The temperatures were all good.”

In the two laps before his crash Verstappen set the fastest lap of the race, then lapped within a hundredth of a second of it. His tyre failed as he began his 46th lap.

“His race engineer had basically only just checked in with him, just to make sure everything was under control and then boom,” said Horner. “So it was totally unexpected.”

Despite the failure and Verstappen’s subsequent crash, the left-rear wheel and tyre was largely undamaged. Horner hopes this will aid Pirelli in their investigation of the similar failures which Verstappen and Lance Stroll suffered.

“Of course we have to understand what caused the issue,” he said. “Max’s tyres visually were looking in great shape.