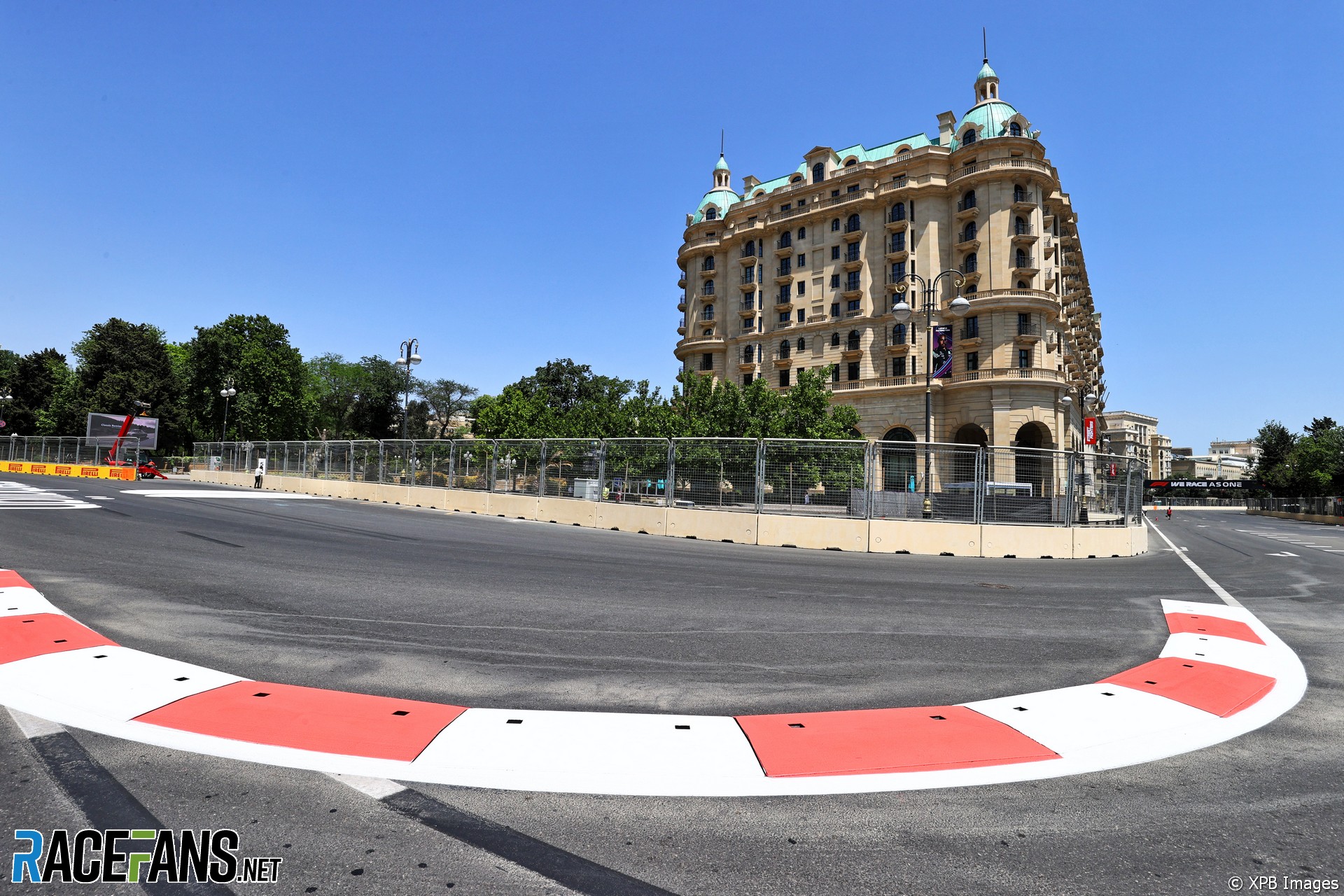 Formula 1 drivers have been warned not to drive excessively slowly on the track in a new clampdown on qualifying tactics.

Drivers can significantly improve their lap times at Baku City Circuit by running in the slipstream of another car. This has prompted drivers and teams to experiment with different tactics aimed at either ensuring they get a ‘tow’ or making sure their rivals do not.

“If you get a tow then, for sure, you gain a massive amount of time for the first corner and the same on the last on the end of the lap,” said Alpine’s Esteban Ocon today. “It is a big advantage to have one.”

At some tracks drivers have slowed down at the end of an out-lap to position themselves to gain a tow from a rival. But due to the particularly narrow confines of Baku and especially high speeds, this is considered a potentially risky practice.

During Q3 at F1’s last visit to the circuit in 2019, Mercedes duped rivals Ferrari into sending their sole remaining car out for its qualifying run without the benefit of a tow. They did this by releasing Lewis Hamilton and Valtteri Bottas from the pits, enticing Ferrari to send Sebastian Vettel out behind them, only to have their two drivers stop at the pit lane exit, ostensibly to perform practice starts.

In a note to teams and drivers on Thursday, FIA Formula 1 race director Michael Masi described new measures for this weekend to enforce article 27.4 of the Sporting Regulations, which forbids cars from being “driven unnecessarily slowly, erratically or in a manner which could be deemed potentially dangerous”.

Drivers may face a sanction from the stewards if they are observed “weaving across the track to hinder another car”. The maximum time between the two Safety Car lines, which is defined after second practice, will be used in subsequent sessions as a reference to determine if any driver has slowed excessively.

When drawing attention to specific areas of the track where drivers should avoiding slowing excessively, Masi specifically referenced the pit lane exit and the corners which follow the final braking point on the lap at turn 16.

24.1 General
a) Each Competitor and Driver is reminded of the provisions of Article 27.4* of the Formula 1 Sporting Regulations.
b) For reasons of safety, during each practice session, acts such as weaving across the track to
hinder another car may be referred to the stewards.
c) During free practice session three and the qualifying practice, the time published in accordance with item eight of the Race Directors Event Notes will be used as a guide by the stewards to determine if a Driver is considered to be driving unnecessarily slowly on an out lap or any other lap that is not a fast lap or in lap.
d) For the avoidance of doubt, the pit exit, as defined in Article 28.2** of the F1 Sporting Regulations is considered a part of the track and the provisions of Article 27.4 apply in this area.

24.2 Turns 17-20
a) During any practice session, any driver intending to create a gap in front of him in order to get a clear lap should not attempt to do this between the entry to turn 17 through to the exit of turn 20. Any driver seen to have done this will be reported to the stewards as being in breach of article 27.4 of the Sporting Regulations.

*”At no time may a car be driven unnecessarily slowly, erratically or in a manner which could be deemed potentially dangerous to other drivers or any other person.”

**”The section of track between the end of the pit lane and the second safety car line will be designated the ‘pit exit’.”