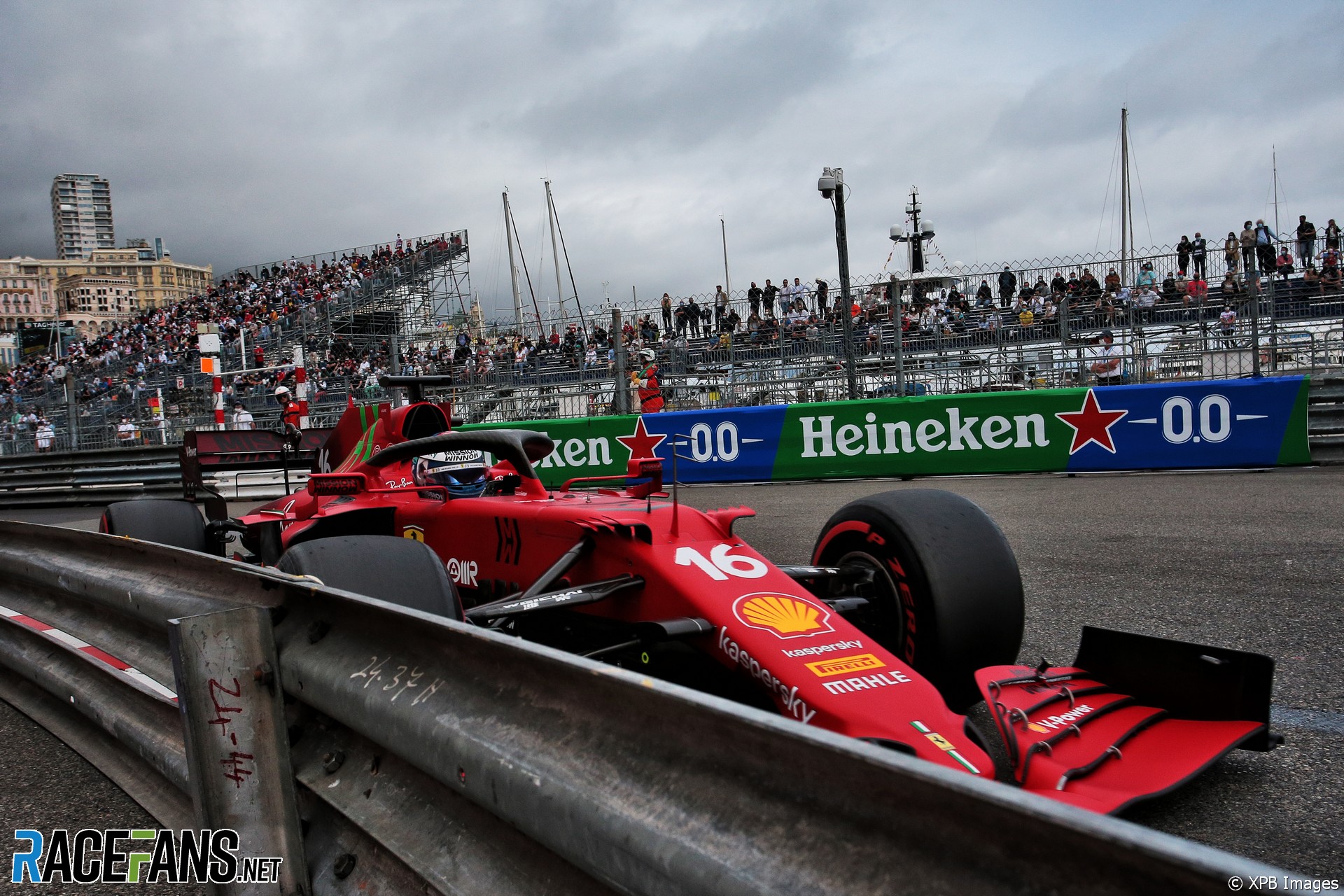 Charles Leclerc suspects the Monaco Grand Prix may have been Ferrari’s only chance to fight for a win in 2021.

The team had their strongest performance of 2021 by far at the track, where Leclerc took pole and Carlos Sainz Jnr finished on the podium.

But while Leclerc headed the field by 0.327 seconds in qualifying, he ended the session by crashing. The damage he suffered ultimately cost him his chance to start.

Sainz therefore effectively lined up third on the grid. He finished second, Ferrari’s first podium in eight races and his first with the team. Leclerc could only rue what might have been if he could have used his track position advantage at the start of his home race.

“Of course it is difficult because it’s at home,” he said. “It’s not every day that we have the chance to be in such a good place.

“But at the end it’s like this, it’s part of motorsports. And these things can happen. As Mattia [Binotto, Ferrari team principal] said, that’s what I will try to remember from this weekend, all the positive signs we’ve had. We are coming back from quite far, if we see last year, so we’ve done a good job by improving races after races.

“Here it might be a one-off to be fighting for the win, but that doesn’t mean that there has been no progress.

Ferrari took just three podium finishes in 2020, having scored 16 the year before, including Sebastian Vettel’s second place in Monaco. Leclerc said it is clear the team has made gains following its poor season last year.

“We are on the good road, we are working well. Surely the luck was not on my side this weekend and it’s life.

“I’ll just get over it, think about Baku, I’m very, very motivated to be back in the car and to hopefully have a very good result.”

Ferrari has not previously won in Baku, which last appeared on the F1 calendar in 2019.