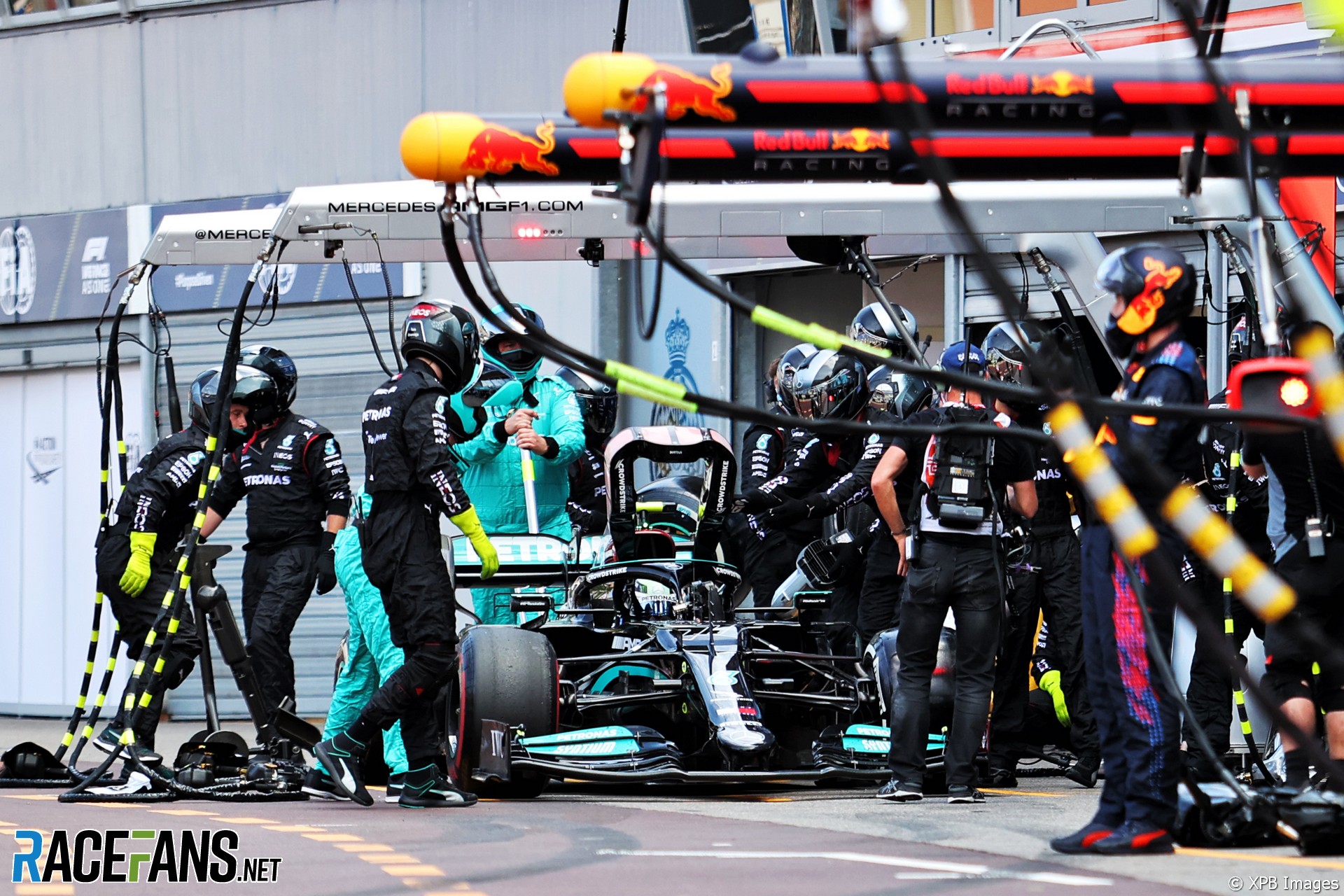 The damaged wheel nut which forced Valtteri Bottas to retire from the Monaco Grand Prix is still stuck to his car, Mercedes has revealed.

Bottas retired in the pits when Mercedes were unable to remove the front-right wheel from his car when he came in for his pit stop on lap 29.

The team’s technical director James Allison said it won’t be possible to remove the nut, and the wheel with it, until the car returns to the team’s base.

“We didn’t get the wheel off,” Allison admitted. “It’s sat in our garage with the wheel stand on it.

“It’ll have to be ground off. Get a Dremel out and painfully slice through the remnants of the wheel nut. We’ll do this back at the factory.”

The driver said he was “hugely disappointed” to end his race in the pits having run second in the early stages, and urged the team to get to the bottom of its latest pit stop setback.

Bottas described his disbelief as he sat in the pits and realised his race was over.

“I was basically just like ‘yeah, it was a slow pit stop’. And then I was kind of calculating ‘okay, that’s probably Sainz getting past’, and then it was going to be Norris or whoever was behind.

“Then when it came down to like 30 seconds or something, I couldn’t believe it. Obviously hugely disappointing and a situation that we need to make sure that never happens again – it’s a big mistake.”

“I think it’s bad luck from my side,” said Bottas. “It’s something that as a team is going to be a big priority going into the next race.”

Mercedes CEO Toto Wolff admitted he’d never previously seen anything like the wheel nut failure before. He explained their pit stop went awry when the mechanic’s wheel gun stripped the teeth from the nut.

“Valtteri said that he saw the aluminium bits flying off in front,” he explained.

“It’s been our weakness this year but we haven’t changed any of the wheel nut designs or the guns so we really need to get on top of what is causing that and come back stronger.”

The exact cause of the failure remains unclear, said Wolff. “We need to look into whether it is a design issue or whether we just had a catastrophic failure of a few systems.

“We just machined the whole nut off. Never seen anything like this. There was no part there any more and the tyre was still on the car.”

Wolff admitted it was “very, very frustrating” for Bottas, who has suffered misfortunes in the pits during previous races. “It seems like he’s cursed.”