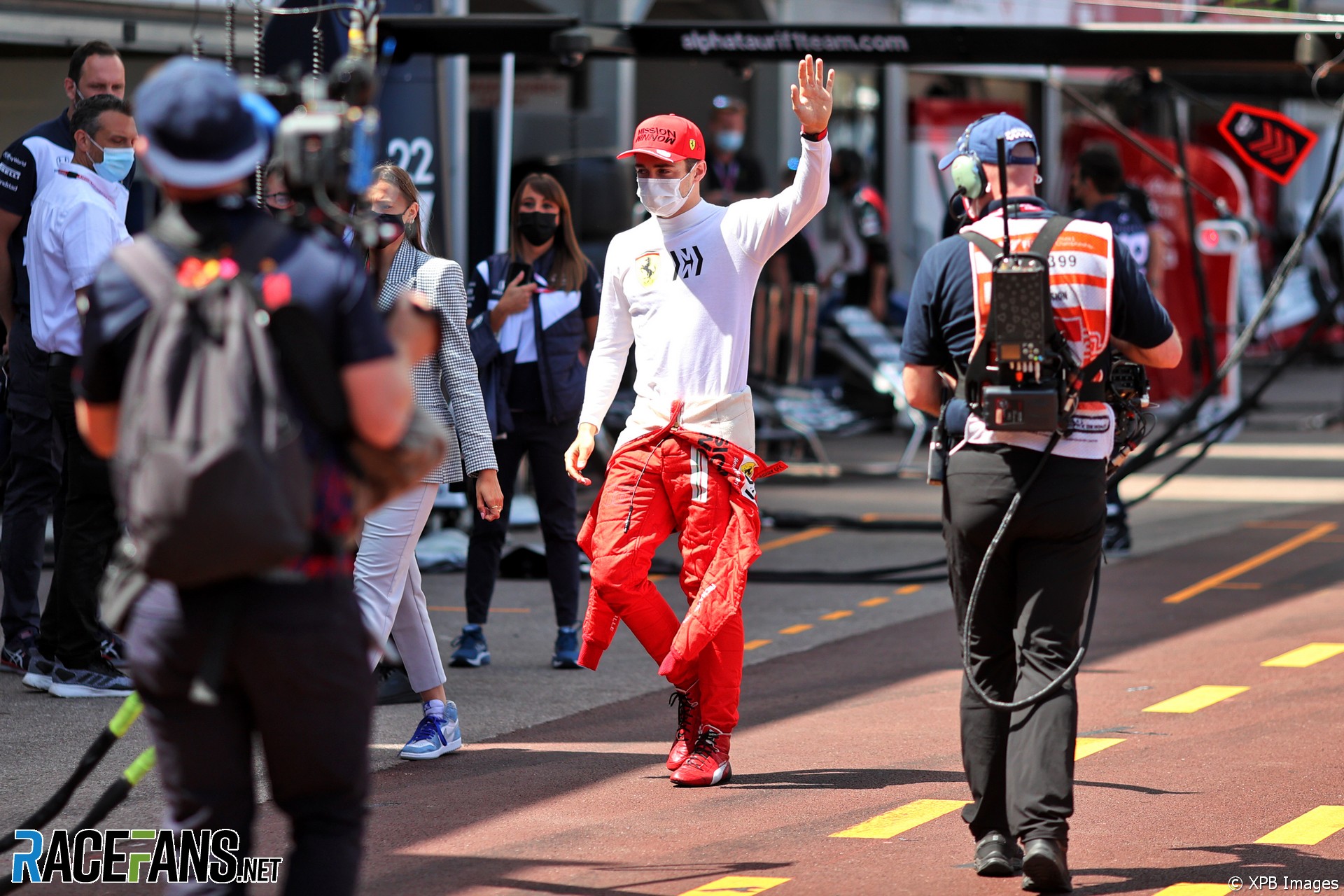 Ferrari had a tough call to make on Saturday evening in Monaco.

Charles Leclerc had clinched pole position – for his home race, no less – but he’d smashed his car against a barrier while doing it.

Concern initially focused on the car’s gearbox. These units must complete six consecutive races before being changed, and if Leclerc needed a new one, he would take an automatic five-place penalty.

Ferrari team principal Mattia Binotto made it clear: If there was the slightest concern Leclerc’s gearbox was at risk of not finishing the race, they wouldn’t take it.

“We will not gamble,” he said. “What’s important after such a quali is to try to maximise the number of points for the championship.

This would be a reasonable stance at any circuit. But even more so at Monaco, where drivers punch up and down through the gears more regularly than most circuits.

While Leclerc fretted about his gearbox, the team were encouraged by what they discovered when they inspected his car. On Sunday they announced that following “in-depth checks” they had found “no apparent defects” on the gearbox and had decided not to replace it. Leclerc’s pole position start was seemingly assured.

But soon after Leclerc pulled his SF21 out of the Ferrari pit to drive to the starting grid, it became clear something was awry. “No, no, no,” he despaired on the radio. “Guys, the gearbox.”

Once his car was back in the pits the team swiftly confirmed the devastating news for Leclerc. His race was over before it had started.

But they were quick to identify that the cause of his problem was not the feared gearbox. “Charles will not start the race due to an issue with the left driveshaft which is impossible to fix in time for the start of the race,” they told the media.

Team principal Mattia Binotto went into further detail after the race. “It was a failure on the left hub driveshaft wheel,” he explained. “It’s something that we need to carefully analyse.”

Binotto made it clear this was not a case of the team suspecting a problem but deciding to take a chance on it.

“It’s not gearbox related,” he said. “If we would have changed the gearbox those parts would still have been on the car because they were not damaged from the accident and the failure would still have happened.

“So it’s not a matter of gambling with the gearbox at all. The gearbox was okay and the gearbox didn’t fail.”

Ferrari did not fall into the obvious trap which lay in wait for them after Leclerc’s crash. Instead it seems they were caught out by failing to identify a potential problem. The key question the team is now trying to answer is whether they could have spotted it and taken action.

“We need to understand what happened, really, why it happened, and more than that if we could have detected it in parc ferme from yesterday afternoon or this morning,” said Binotto. “So it’s more important, really, to understand why we didn’t detect a problem on the car.”

Ferrari made extensive repairs to the right-hand side of Leclerc’s car, where he struck the barrier, but not the left. The area where the failure occurred was not inspected, Binotto revealed.

“There is a clear regulations that you can only change parts which were damaged,” he explained. “So the parts we changed were really the ones damaged: The front wing, the front-right suspension and the rear right corner. Of course those were clearly damaged and we had got permission to do it. So that’s it.”

FIA race director Michael Masi confirmed Ferrari did not request to change any parts other than the ones they swapped. They did not ask to replace the part which eventually failed.

Whatever fault Ferrari overlooked, it manifested itself as Leclerc reached Mirabeau on his reconnaissance lap. “The problem was not there [when] he left the garage,” said Binotto. “The problem started to appear in turn six.

“The part as well on the car was not showing any cracks but the cracks happened only later,” he continued. “But that’s only something we can analyse by looking at the parts in the next days and looking at all the data.”

But the team has not eliminated the possibility that the failure was related to Leclerc’s crash.

“It could be related to the accident,” said Binotto. “It’s not a gearbox failure, that’s for sure. So it’s not a matter of having gambled with the gearbox itself. I think that all the inspections we made on the gearbox were right so the gearbox was safe and working properly. So it’s something else.

“Is it a consequence or not? I don’t know, honestly, right now I don’t know. Could we have detected it or not? Again, it’s something which we need to analyse and eventually find an answer. It was on the completely opposite side, on the other corner, but again maybe not related or maybe yes [it was].”

Getting one of their cars on pole position for the first time in a year an a half was a huge opportunity for the team. Withdrawing Leclerc and leaving his pole position slot vacant was a crushing blow. Worse, it happened under the gaze of Ferrari’s chairman and CEO John Elkann, who visited the team for the race.

Notwithstanding what happened to Leclerc, given the car’s pace and the fact Carlos Sainz Jnr took second in the race, Binotto saw some reasons for Elkann and the rest of the team to be pleased with their performance.

“Overall it’s a positive weekend and I think he recognised it as well. [We’ve] seen the progress of the car.

“I think he’s disappointed as we are all disappointed for the failure on Charles’ [car], but not different to us. So he’s very interested obviously now and curious to know what happened and make sure that we are putting in place the right actions for the future.”

But the team will be especially anxious to ascertain whether there’s a connection between Leclerc’s crash and the failure. If there is, there will be tough questions to answer about why it was overlooked, and how a race-winning opportunity at F1’s most prestigious venue was squandered.

19 comments on “How did Ferrari overlook the fault which killed Leclerc’s home win hopes?”