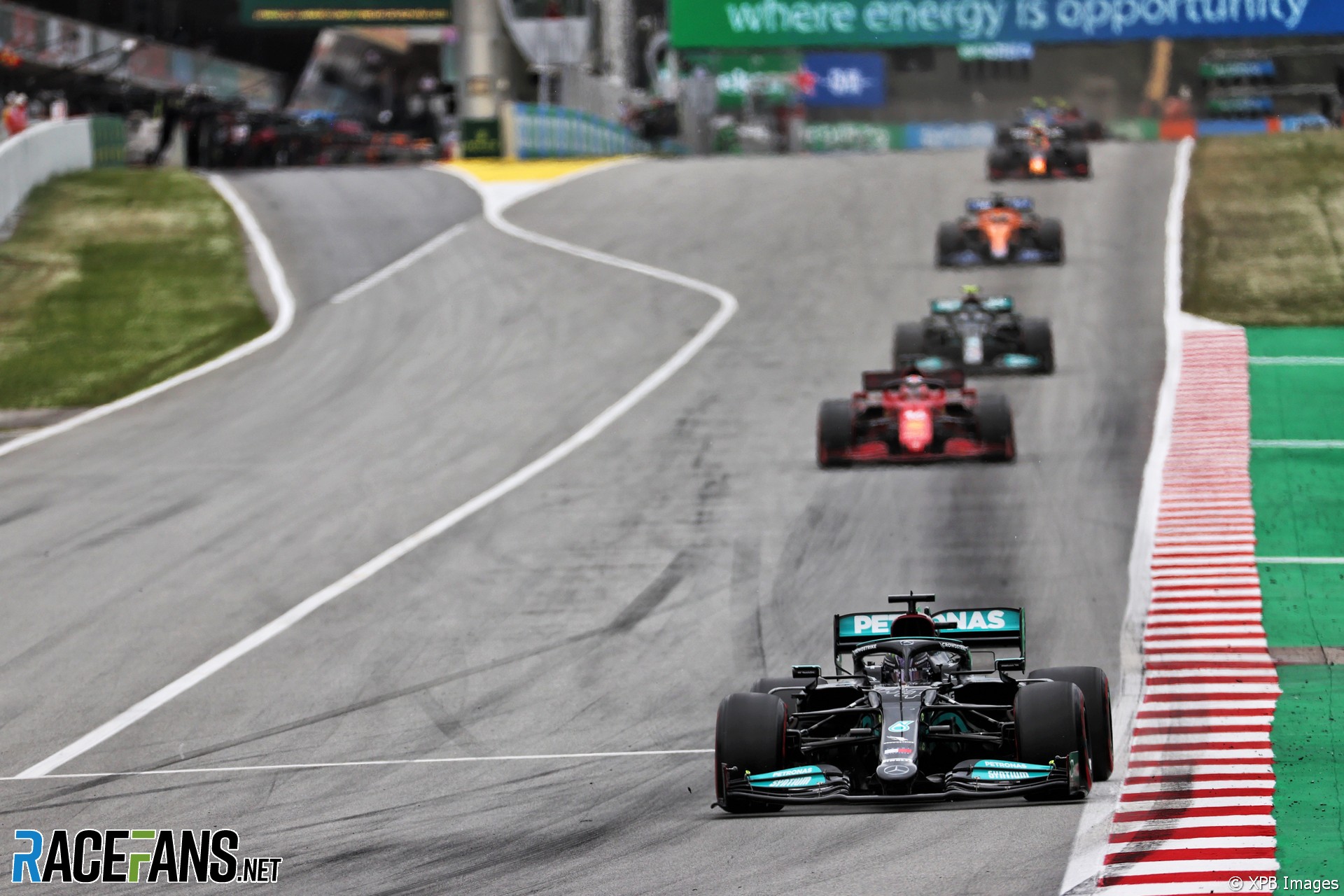 The Circuit de Catalunya has long been regarded as an ideal ‘reference track’ for Formula 1.

It offered a mix of cornering speeds ranging from its slow chicane to the dramatic, high-speed turns three and nine, interspersed once per lap with a long acceleration zone. The home of the Spanish Grand Prix was a classic ‘bit of everything’ venue where any weakness in a team’s package would be exposed.

It therefore set the tone for the championship. The quicker teams in Barcelona would tend to be quicker over the rest of the season, and vice-versa.

But some believe that’s no longer the case. Mercedes took pole and won last weekend and their trackside operations engineer Andrew Shovlin admitted “we’d probably like it if this was what it’s going to be for the rest of the year.”

However he believes two significant changes in recent years mean Barcelona is no longer the benchmark it once was. “I think you’ve got to be a bit careful with that read because,” he said.

New technical regulations introduced in 2017 have made the track considerable quicker. The Catalunya circuit was chosen as the reference for those changes, and F1 hit its target of cutting five seconds off its 2015 lap times at the circuit.

That has made more corners flat-out, meaning there are fewer opportunities to differentiate between car performance, Shovlin explained.

“When the cars had less less grip than this, when we didn’t have the wide cars and the wide tyres, it was a great circuit for having a really good mix of high and low speed.

“Whereas now the high speed, certainly in qualifying, you can go around it flat. It doesn’t differentiate between the teams. So as far as qualifying goes, it’s actually quite a slow circuit.”

Changes in the team’s development schedules also means that F1’s traditional May visit to the track no longer coincides with the introduction of significant upgrades to the cars, Shovlin added.

“Barcelona was a race where everyone would bring big update kits. But these days, we’ve got a cost cap, we’ve got completely different regulations next year to think of, we’re heavily restricted on how much we can use the wind tunnel. No one’s going to bring a massive update to this race.

“So one of the reasons you’d say that was because actually this is where you start to see everyone’s cars after they put a chunk of development on that will see them through the whole middle period of the season.”

The next two circuits on the calendar are very different to Catalunya, Shovlin added. “I don’t know that this is a sign of things to come because you look at what we’ve got in the next few races with Monaco, [and] will certainly be in Baku, they’re all really, really different tracks that throw up very peculiar challenges.”

He believes Mercedes are likely to be close in performance to their championship rivals Red Bull at most circuits this year.

“Red Bull are actually never that different to us. That’s one of the key things this year is that in qualifying it has been anyone’s pole every race so far, apart from Bahrain where we weren’t competitive. Whereas in previous years you could say ‘we’ll be quick at these tracks, they’ll be quicker at the others’, we’re just not seeing that.”

But if Barcelona’s time as F1’s benchmark circuit is over, it may not be that way forever. Once F1’s new rules arrive next year, teams may go back to more familiar development patterns, bringing significant upgrade packages around this time of the season.

Moreover, those new rules are also expected to cut downforce levels, which could push lap times at the circuit back up to the levels we saw pre-2017. Perhaps Catalunya will therefore become F1’s reference track once more?

One more thing will have to change for that to be the case: The Spanish circuit will have to extend its race deal, as it doesn’t currently have a place on the calendar for the 2022 F1 season.

Car performance in Spain and all four races this year