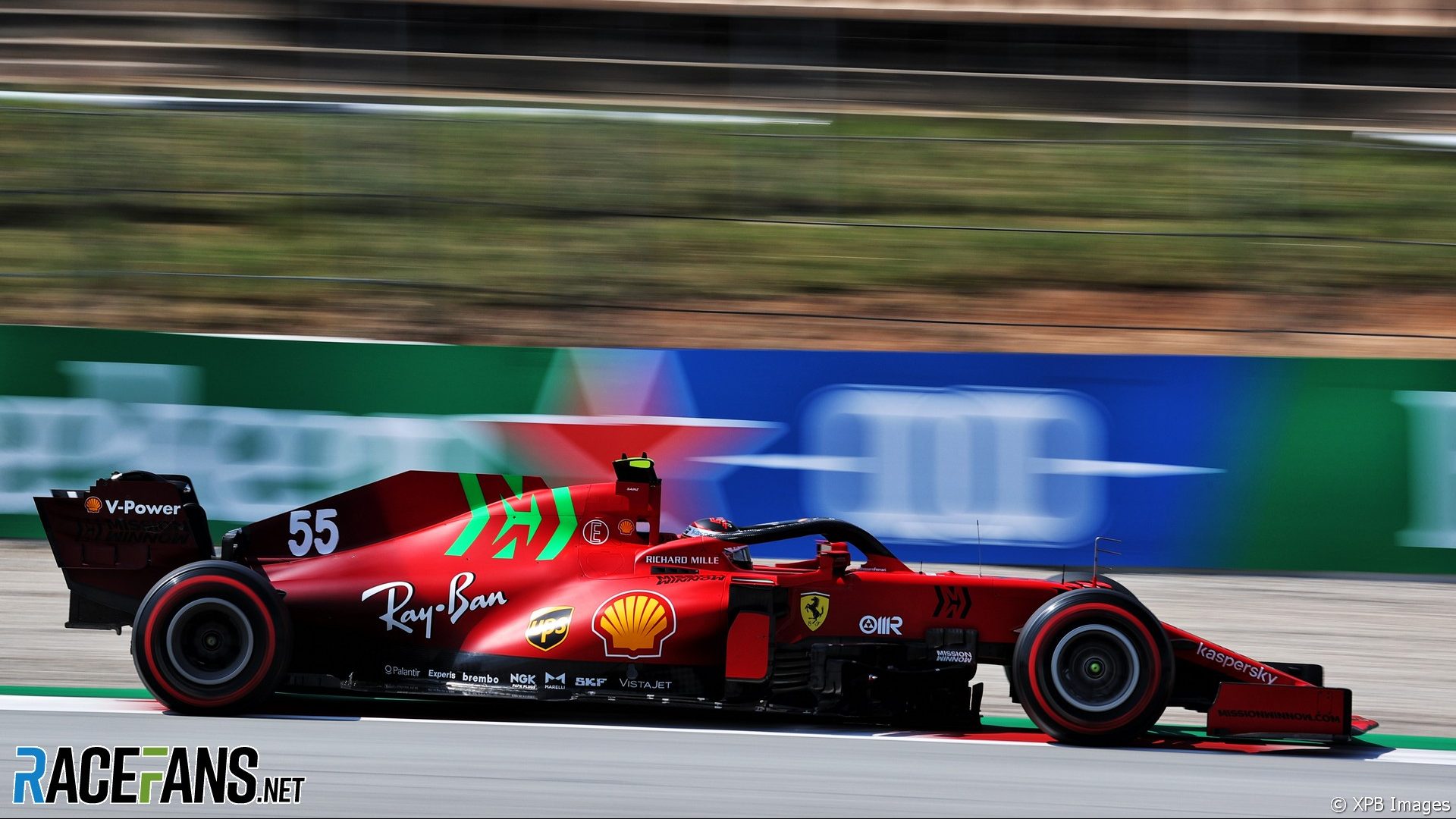 Carlos Sainz Jnr says that although the Ferrari were quicker over a lap than McLaren or Alpine at Barcelona, a top speed deficit limited their overtaking opportunities.

After qualifying sixth for the Spanish Grand Prix Sainz finished seventh, behind Daniel Ricciardo, who passed him at the start. He also lost a place to Sergio Perez but was able to pass Esteban Ocon’s Alpine.

“Unfortunately for me, it was all about playing catch-up after a poor start,” Sainz explained. “We had the pace to finish ahead of all the cars that I’ve been fighting – ahead of Esteban, ahead of Daniel.

“We were just quicker than them, but it was very difficult for us to overtake. They had a much better top speed than us and I just couldn’t make the moves. It’s what happens in Barcelona when you don’t have the best of starts, you are not finishing where you want.”

Sainz lost two places at the start, which he blamed partly on his unfamiliarity with the car. “The start itself wasn’t bad but it was just the way I was boxed in, into turn one,” said Sainz.

“What is clear is that I still need to get better and a bit more confident with the start system and the way we operate and get that perfect launch and the perfect first 100 metres, although I don’t think that was the main limitation.

“The main limitation was the positioning of the lap, getting in and out of the slipstream and then being boxed in behind Ocon into turn one and losing quite a lot of positions to the cars around the outside.”

Sainz said team mate Charles Leclerc had the right combination of experience with the car and having put himself in the best starting position for a “perfect result.”

“You need to, first of all, put the weekend completely together and it comes from a good qualifying, to make the lap in Q3,” said Sainz. “I could maybe have started further ahead and then there wouldn’t have been that issue at making the start.

“This is what I was particularly good at at McLaren, putting the whole weekend together and this is what I need to keep improving as a races go on with this team to be performing at the highest level.”