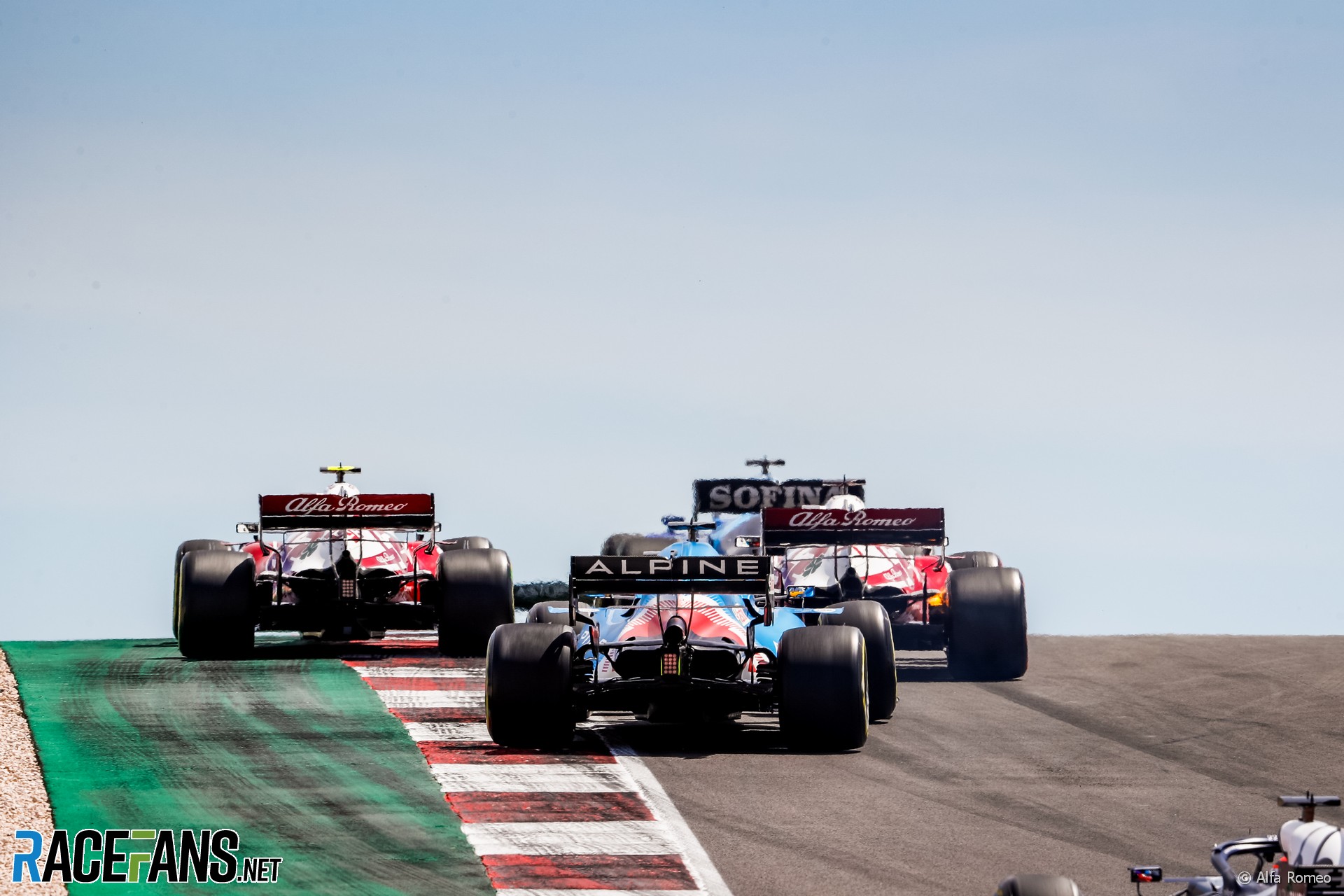 Improvements to how track limits are policed in Formula 1 are being worked on within the sport, Red Bull team principal Christian Horner has said.

Disputes over track limits were at the centre of a series of controversies during the first three races of the season. Max Verstappen was involved in some of the most notable cases.

The Red Bull driver had to surrender the lead of the Bahrain Grand Prix to Lewis Hamilton after passing his rival off-track. During the Portuguese Grand Prix Verstappen was surprised to lose the bonus point for fastest lap due to a track limits violation.

However there were few track limits infringements at the Circuit de Catalunya last weekend. Grass and gravel mark the edge of the track at the majority of corners, preventing drivers from gaining an advantage by running wide.

Horner, who said in Portugal his team had suffered some “brutal” calls on track limits, held up the Spanish circuit as an example of how boundaries should be enforced.

“Obviously it wasn’t an issue at this track because of the layout,” said Horner. “I think that tells you something, doesn’t it?

“So why wasn’t it an issue here and it is at other venues? It won’t be a problem next race either and probably not the one after that.”

“We just need to come up with something that’s simple, clear and understandable for drivers, fans, teams, et cetera. It shouldn’t be that difficult.”

Formula 1 race director Michael Masi said he would be happy to incorporate more physical boundaries but explained it isn’t always possible at every track.

“Ideally we would love to have a hard limit everywhere,” he said. “But the facts are with the circuits that it’s been an ongoing evolution process.

“There’s some places that are track limit issues one year, aren’t the next and vice-versa. So it’s an ongoing evolution that we’re working together with each of the circuits. Obviously it requires significant investment from them from that perspective.”

Masi agreed the upcoming two races on street tracks are unlikely to see a repeat of the disputes which occured in Bahrain, Imola and Algarve.

“In one sense it would be lovely to have walls everywhere, as we’ll see in a couple of weeks time in Monaco or in Baku. But obviously we’re racing at different types of circuits all the time, when we look at everything from a safety perspective, we need to find the best balance of everything in each and every situation. And each corner’s different, each circuit’s different.”