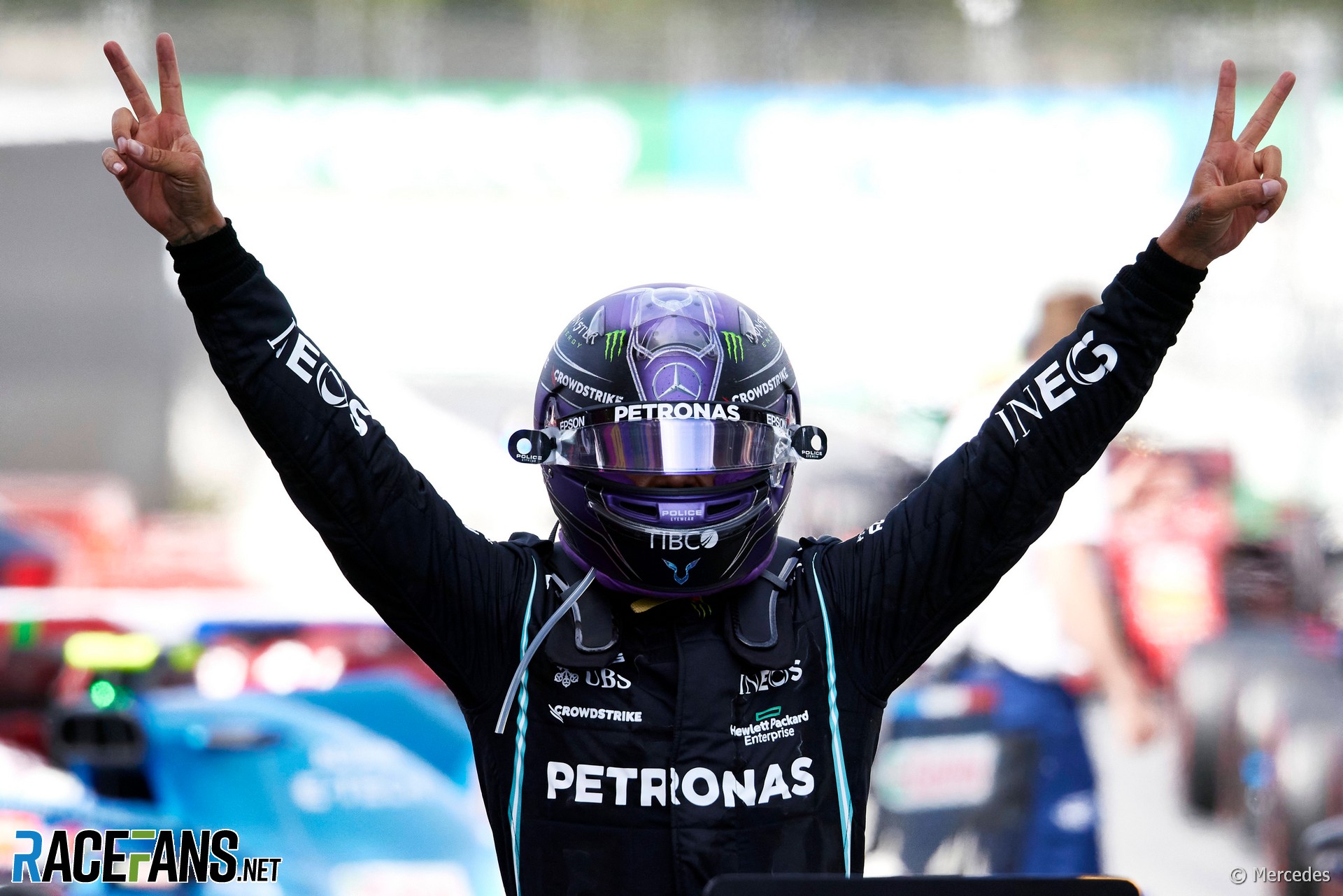 Lewis Hamilton has made his best-ever start to a Formula 1 season despite having one of the least competitive cars Mercedes has given him, according to a senior engineer at the team.

The Mercedes driver has taken three wins and a second place from the opening races, matching his previous best in the 2015 season. However he has one more point today than he did at the same stage that season, as he scored a bonus point for fastest lap at Imola, which was not available six years ago.

Mercedes enjoyed a much greater margin of superiority over the competition in 2015 than they did today. The team’s head of trackside engineering Andrew Shovlin said he was therefore surprised to learn Hamilton has amassed his greatest points tally at this stage in the season.

“I think to be honest, in Bahrain winter testing, what you could see with Lewis was he realised that he and the team were going to have to be absolutely perfect to be able to go out there and win races. And you also realise that one bad test was not an indication to him that this might be a championship he’s not in the running for.

“So it surprises me, that stat, because you think this is the least competitive margin that we’ve had for a number of years.

“But what I would say is he has arrived in a frame of mind that is just about maximising every little opportunity, be it on-track, be it in set-up based in how we approach the weekend.

“He brought that to Bahrain and we haven’t seen it wane at all since.”

Hamilton’s performance over the first four races of a season