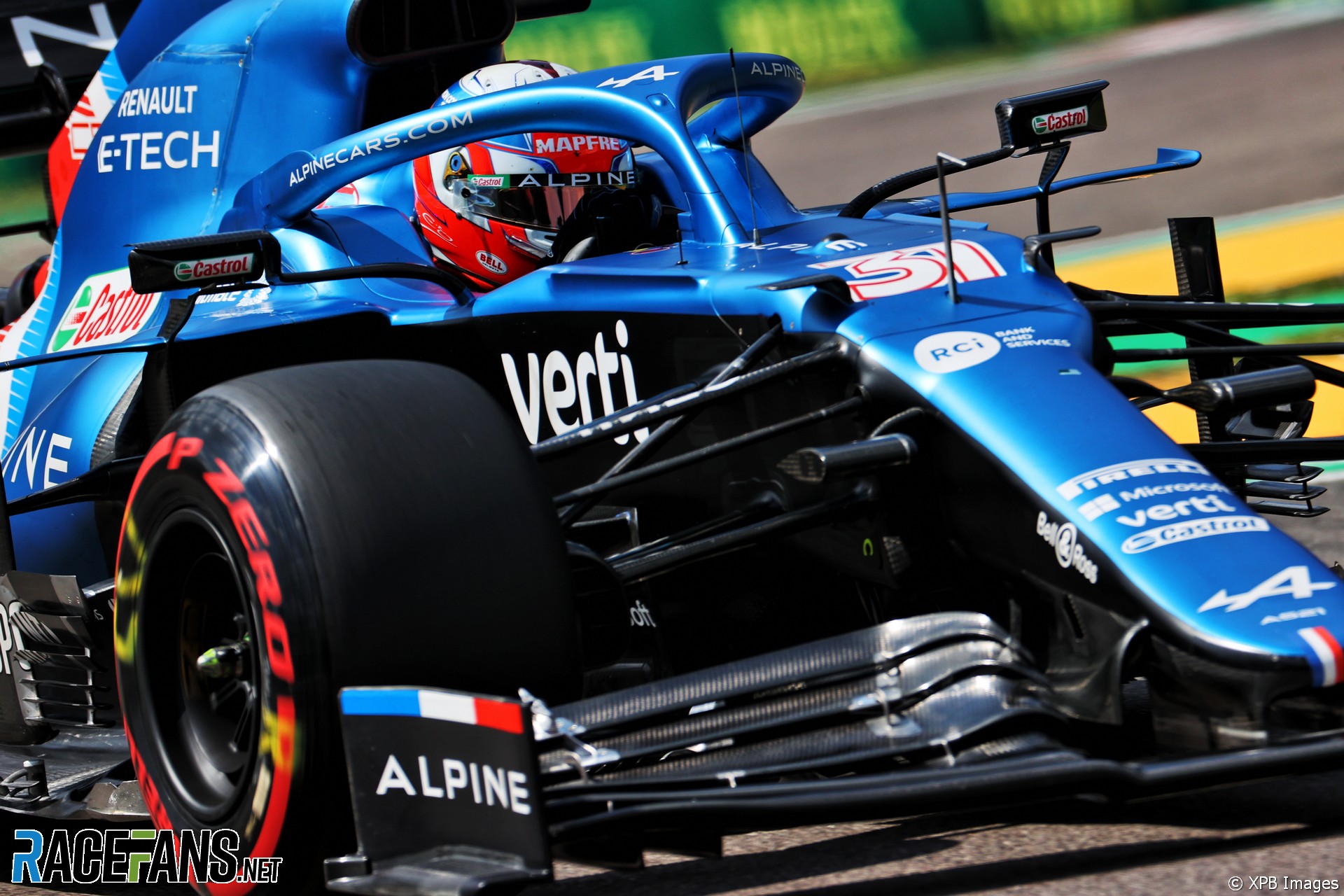 Esteban Ocon believes he maximised the potential of his Alpine-Renault A521 in qualifying for the Emilia-Romagna Grand Prix by taking ninth place.

Having been fifth in the first segment of qualifying, Ocon placed ninth in Q2 and Q3. He came last in the top 10 shoot-out, but gained a place as Aston Martin’s Lance Stroll had his lap times deleted for track limits violations.

It was a turnaround for Ocon who failed to escape Q1 in Bahrain last month, but qualified less than eight tenths of a second away from pole today.

“I think it’s been a very good, straightforward session, which is what we needed looking at Bahrain, which was more tricky with yellow flags and all that,” Ocon said of his qualifying performance.

“I’m pretty pleased with how the session went and how the guys organised the traffic and how we managed things. The next thing is that I think we maximised the potential today. I think P9 was the maximum that we could have done, the other ones [in Q3] were a little bit quicker than us and out of reach.

“The upgrades that we brought this weekend gave us confidence, the car felt good in all three sessions. And to be fair, I had a lot of fun out on this track, so that was good.”

Ocon still thinks the gap to the cars ahead is quite significant, and therefore was satisfied with his qualifying result.

“That’s why I’m saying we maximised the potential because I don’t think we could do anything better today,” he said. “It’s really good when you are able to extract the maximum out of the car.”

Ocon’s team mate Fernando Alonso, 15th, was less enthused after suffering his first qualifying defeat to a team mate in F1 since the 2017 Malaysian Grand Prix.

“I was not fast,” conceded Alonso. “The car felt good, balance was good, and every time I finished the lap, I was quite happy with how I felt. But I definitely was too slow to be higher on the classification. So nothing we can do now, unfortunately. Just try to understand it, improve it for next time.

“It’s going to be a tough race starting at the back, Imola is not well known for overtaking opportunities.”

Alonso says he needs to become more confident with the car to get the best out of it at tracks like Imola.

“I need to understand better what is the limit of the car,” he explained. “In difficult tracks or in demanding circuits like this one you need to have a minimum trust level in the car. Because these old-school tracks require some trust in the car and confidence to push the limit while qualifying arrives.

“Maybe I’m not into that level yet. I will try to improve for the next one.”

16 comments on “Ocon achieved “the maximum” for Alpine, Alonso “was not fast””