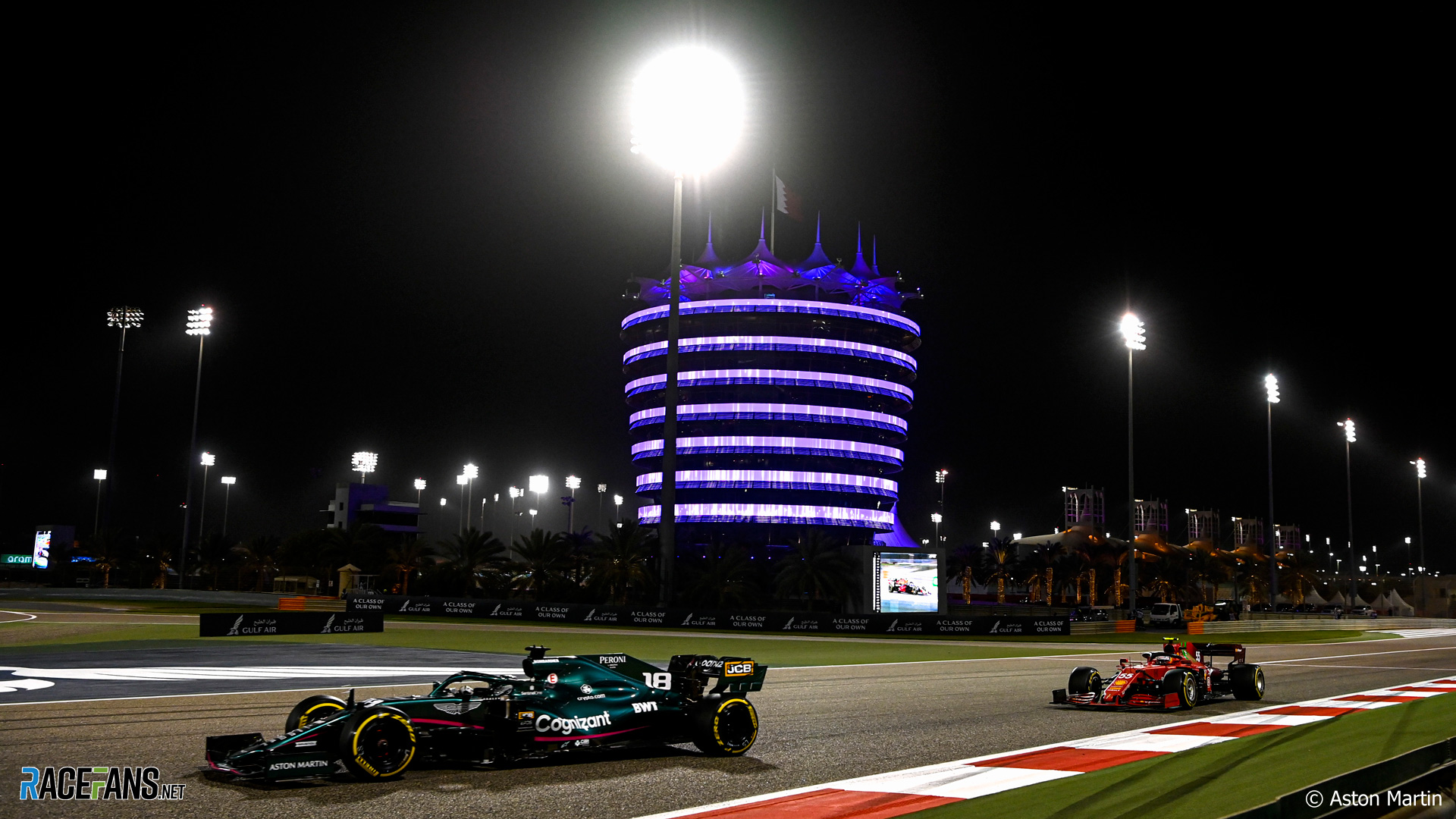 Formula 1 ticked off its first of 23 races last weekend. But will it complete its record-breaking 2021 calendar amid the continuing pandemic?

Dieter Rencken brings the behind-the scenes stories from the Bahrain Grand Prix weekend, including why race start times may change again, and why F1’s Sprint Qualifying plan hasn’t been approved yet.

The day of reckoning is finally here. After tens of thousands of development hours in wind tunnels and as many dedicated to CFD analysis, three days of testing at this circuit a fortnight ago by over 20 drivers, two action-packed Friday free practice session, and weeks of evasion about tricks and tweaks, qualifying will be the arbiter of who has got it together best, and who not. As it turns out, Red Bull shades Mercedes – not unexpected.

The mixed zone in Bahrain for written media to interview driver and team personnel works a treat. Situated between two paddock turnstiles, team personnel and race officials pass by in close proximity, and while a number ignore our calls, a surprising number are generous with their time and stop for a chat. It is obviously not the same as being in the paddock, but at least we have advantages over media members who chose not to travel for whatever reason.

I discover, for example, that the sticking point over F1’s long-debated Sprint Qualifying format is a matter of up to $750,000 per team for wear, tear and potential damage – which major teams want added to the budget cap as these costs were not originally provided for. That’s over $2m per team for the projected three races, so $20m total – which comes straight off Liberty Media’s bottom line. As always in F1, the devil lies in the details, and those details are usually financial. 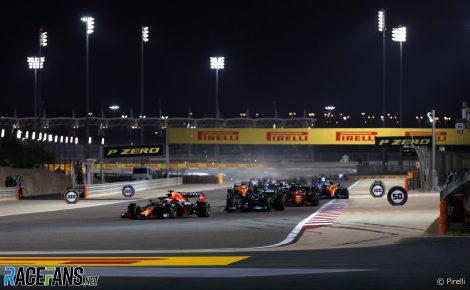 It seems race start times will be pushed back further from the 2022 F1 season based on research which (allegedly) shows the later the start, the better the audiences in most territories. Let’s wait and see – the same research suggested starting grands prix at 10 minutes past the hour would boost ratings, yet F1 has reverted to top-of-the-hour lights-out this year, as it had the opposite effect.

It seems perverse to introduce a three-day weekend format – cancelling all Thursday activities including media sessions – to save costs then add a night at the end of race weekends: later starts mean most folk (including fans) won’t be able to fly out Sunday night. Let’s see if after a year or two of the mooted change start times are pulled forward to 2pm again.

F1 projects that it should deliver the calendar as its stands through to the summer break, with the prospect of one or two subsequent events – notably Mexico and Brazil – considered shaky. These, however, could readily be replaced by other venues, probably in Europe. Although there is some paddock pessimism about Canada’s round, my sources are adamant prime minister Justin Trudeau has given the event his full backing.

Honda is determined to exit on a high this year and is thus adamant the Japanese Grand Prix (at its own Suzuka circuit) should go ahead, possibly with local fans only, or even none at all. I put the odds at 100% for 21 races this year, 95% for 22 and 90% for 23 – although even 20 would be an exceptional achievement given the prevailing circumstances. 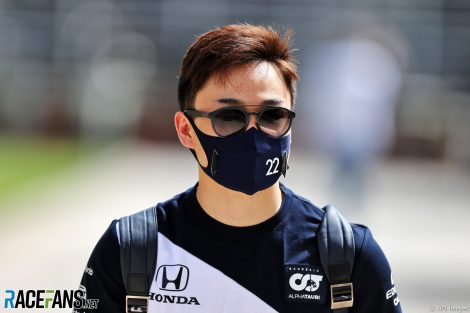 After the qualifying session I hit the mixed zone to interview those drivers who do not have Zoom calls scheduled. A highlight is chatting to AlphaTauri’s Yuki Tsunoda, the first F1 driver to be born this millennium. I’d only previously spoken to him during testing – after he’d posted the second-fastest time overall, behind Max Verstappen – and once again he’s an absolute delight to interview.

He is living his dream and is highly spoken of within the team, notably by Red Bull F1 honcho Helmut Marko, who tips him as not only Japan’s first grand prix winner, but first world champion. Marko is a hard taskmaster and not easy to impress, having been a contemporary (and close friend) of Jochen Rindt and Niki Lauda – champions both – and mentor to Sebastian Vettel and Verstappen, so high praise indeed.

Thereafter Nikolas Tombazis, FIA’s head of single seater technology, explains to a select group of four journalists the rationale of new rules allowing the stewards to randomly select a car from the top 10 finishers after each race to check compliance. Under the procedure FIA officials will pinpoint one of 25 ‘macro technical areas’ per check, with a strip-down undertaken by team technicians under FIA supervision.

He adds that they have already run a number of routine checks to prevent ‘photocopying’ of the type penalised last year after Racing Point (now Aston Martin) duplicated a number of Mercedes concepts. After the group chat I enjoy exclusive time with Nikolas about 2025-onwards F1 technologies. Based on our discussion some exciting times await assuming all outstanding points come to fruition – I’ll keep you posted. 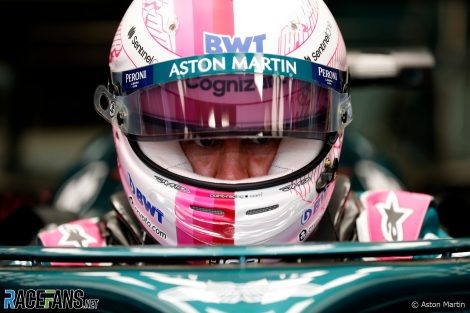 The wind has picked up speed overnight and, while not on a level with that experienced during testing, its gusting at a fair rate when I arrive at the circuit shortly before midday. I head straight for a voluntary Covid test: I’d been tested upon arrival on Wednesday – which sees me through to Monday – but rather safe than sorry, particularly as I’m staying in Bahrain until Thursday to receive my second vaccination jab.

It’s a fair slog to race start at 6pm local time, so I busy myself with preparation between chats in the zone with various FIA and F1 officials, a number of team members, and commercial folk who receive passes from teams. It is noticeable that the paddock is gradually opening up beyond key workers yet independent media remains resolutely excluded. This begs the question: Who and what to pay for such access? I’m joking, of course…

I delve into the background to Sebastian Vettel’s seemingly harsh five-grid place penalty for ignoring yellows during qualifying, a penalty handed down around 18 hours after the offence. It turns out that by the time the incident had been reported the team had left the circuit, so the hearing was convened for Sunday after the curfew expired. 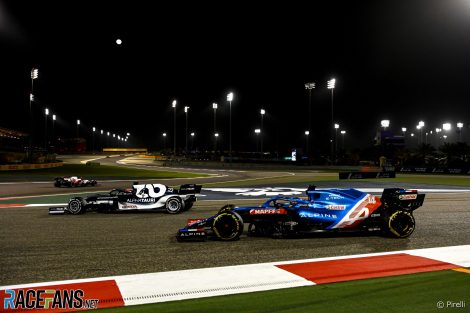 However, more to the point: F1 race director Michael Masi stressed during a number of recent driver briefings that a zero-tolerance policy would be applied for ignoring yellows, and thus the stewards had no choice but to hand down the penalty. “Drivers were told that yellows mean ‘your lap is done’; no excuses,” explained my source.

Post-race I head for the zone, where I chat to eight in total. They include Tsunoda again, who describes the strange sensation of passing the two-times world champion he watched as a child, Sergio Perez, who almost abandoned his race when his car stopped on the formation lap, and a downbeat Sebastian Vettel following a poor first weekend at Aston Martin. Once again it drives home how crucial such exclusive face time is.

I hope you enjoyed the additional coverage from Bahrain. It’s a wait for my jab, then a flight back to Belgium for Easter and preparations for Imola. Take care until then and stay safe.