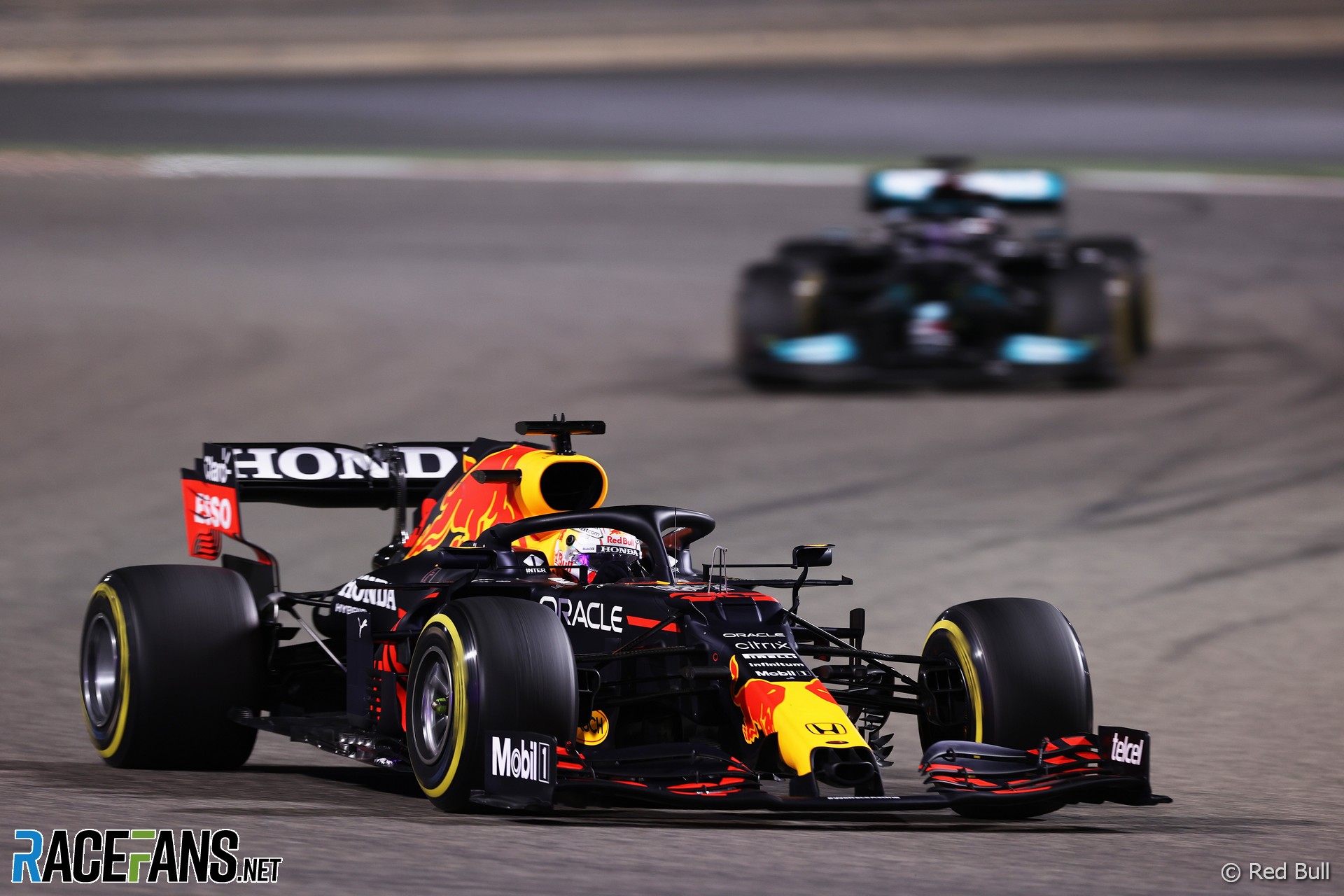 Max Verstappen told his Red Bull team they should have let him take a penalty for passing Lewis Hamilton with all four wheels off the track.

The Red Bull driver described losing victory in the season-opening Bahrain Grand Prix to Hamilton as a ‘shame’ after he pulled over to let the Mercedes by.

Verstappen, who had dominated the opening weekend of the season until the race began, claimed second place, seven-tenths of a second behind Hamilton.

Verstappen had passed Hamilton for the lead with a handful of laps remaining, but race director Michael Masi ordered Red Bull to relinquish the lead back to Mercedes after deeming Verstappen’s pass to have taken place beyond track limits at turn four.

However, he told the team they should have let him stay in the lead, believing he could have drawn more than five seconds ahead of the Mercedes, allowing him to overcome any likely penalty.

“Why couldn’t you just let me go?” Verstappen asked his team over radio after taking the chequered flag. “I could’ve easily pulled the five seconds. I prefer we lose a win like that than be second like this.”

In response, Red Bull team principal Christian Horner explained the team had been given no option by race control.

“We had the instruction from race control unfortunately, Max,” said Horner over Verstappen’s radio channel. “But that was a hell of a drive you put on there.”

Speaking after the race, Verstappen said the team could still take positives from their performance.

“It’s of course a shame, but also you have to see the positives,” said Verstappen. “We were really bringing the fight to them and I think that’s great to start the year like that.”

Early in the race, Verstappen was vocal with complaints of a “strange sensation” under throttle, something his Mercedes rivals diagnosed to be a differential problem.

“I don’t know what happened there,” said Verstappen.

“I don’t think it was completely solved the whole race in the low speed corners. So we’ll have at look at that. Overall we managed to finish the race, of course and score good points.”