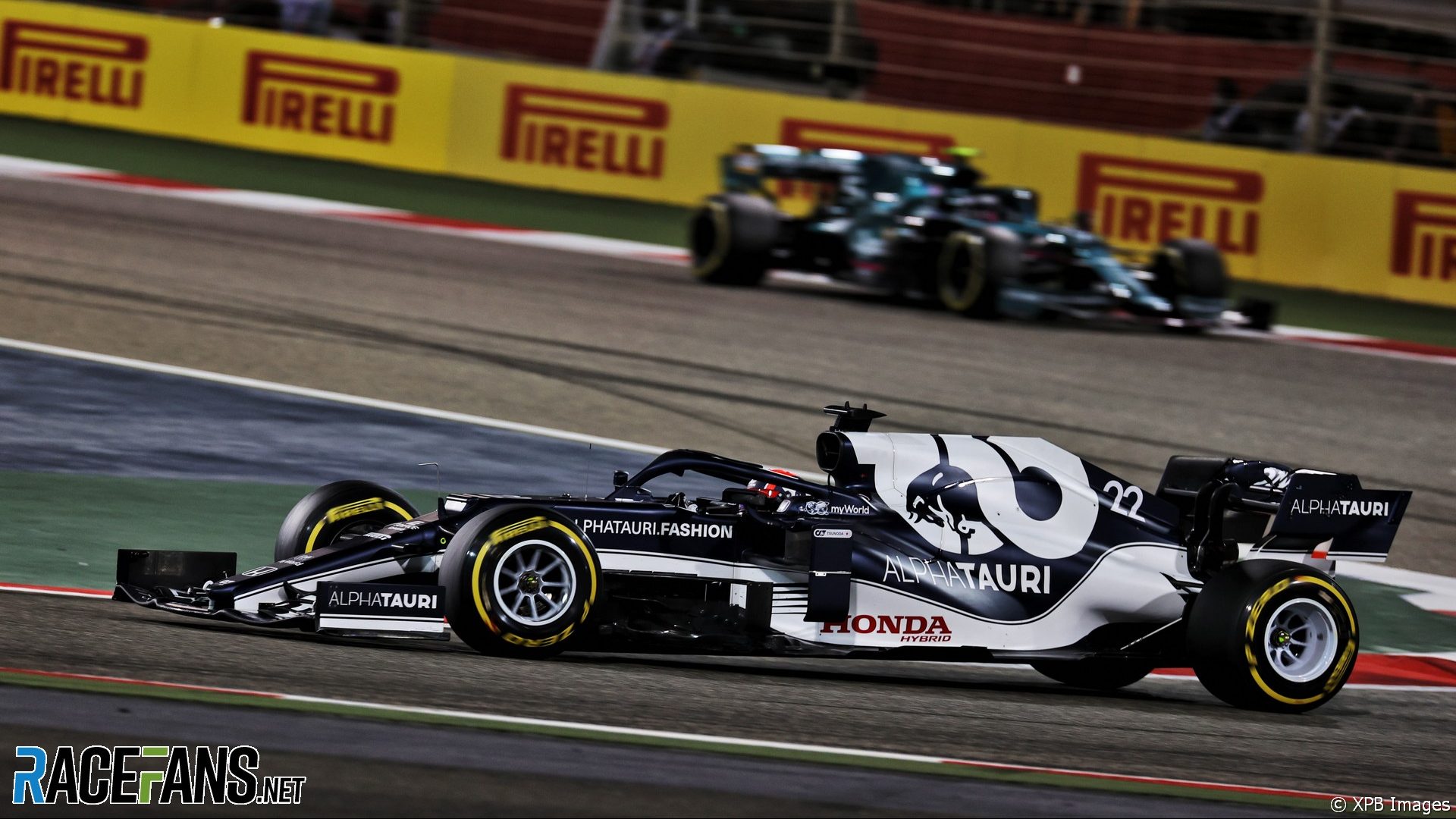 Yuki Tsunoda says passing Fernando Alonso during his F1 debut was an ’emotional’ moment after watching the two-time champion race at Fuji as a child.

The Japanese rookie – who hadn’t had his first birthday when Alonso made his grand prix debut in 2001 – passed the returning world champion into turn one mid-way through the race. Tsunoda went on to score points on his debut with ninth place.

Tsunoda said it reminded him of watching Alonso in action in the Japanese Grand Prix. “It was a little bit emotional,” he said.

“The last time I saw Alonso racing was 13 years ago – I was watching at Fuji Speedway when he was driving for McLaren and Renault. I’m really proud.

“I was really happy that I overtook him, of course it’s not the same car, but yeah, I was happy.”

Despite scoring points in his first race, Tsunoda said he is aware of areas in his driving where he can improve.

“I’m happy but also disappointed – especially with my first lap,” he explained.

“I lost too many positions on the first lap and then after that it also took some time to recover those positions. I’m happy to get a point for my first race and for the team. A positive thing was that I learnt a lot in this race, so I’ll just do better for Imola next time.”

Tsunoda was running in 10th place when the final lap began, but an aggressive pass on Lance Stroll into turn one saw him take ninth place at the chequered flag.

“It was really late launch,” Tsunoda explained. “But I decided that if I didn’t overtake him, I wouldn’t be able to sleep all night tonight!

“I really struggled the last two laps, especially in the dirty air from him. I made quite a lot of mistakes. But I’m really glad to have passed him on the last lap. ”