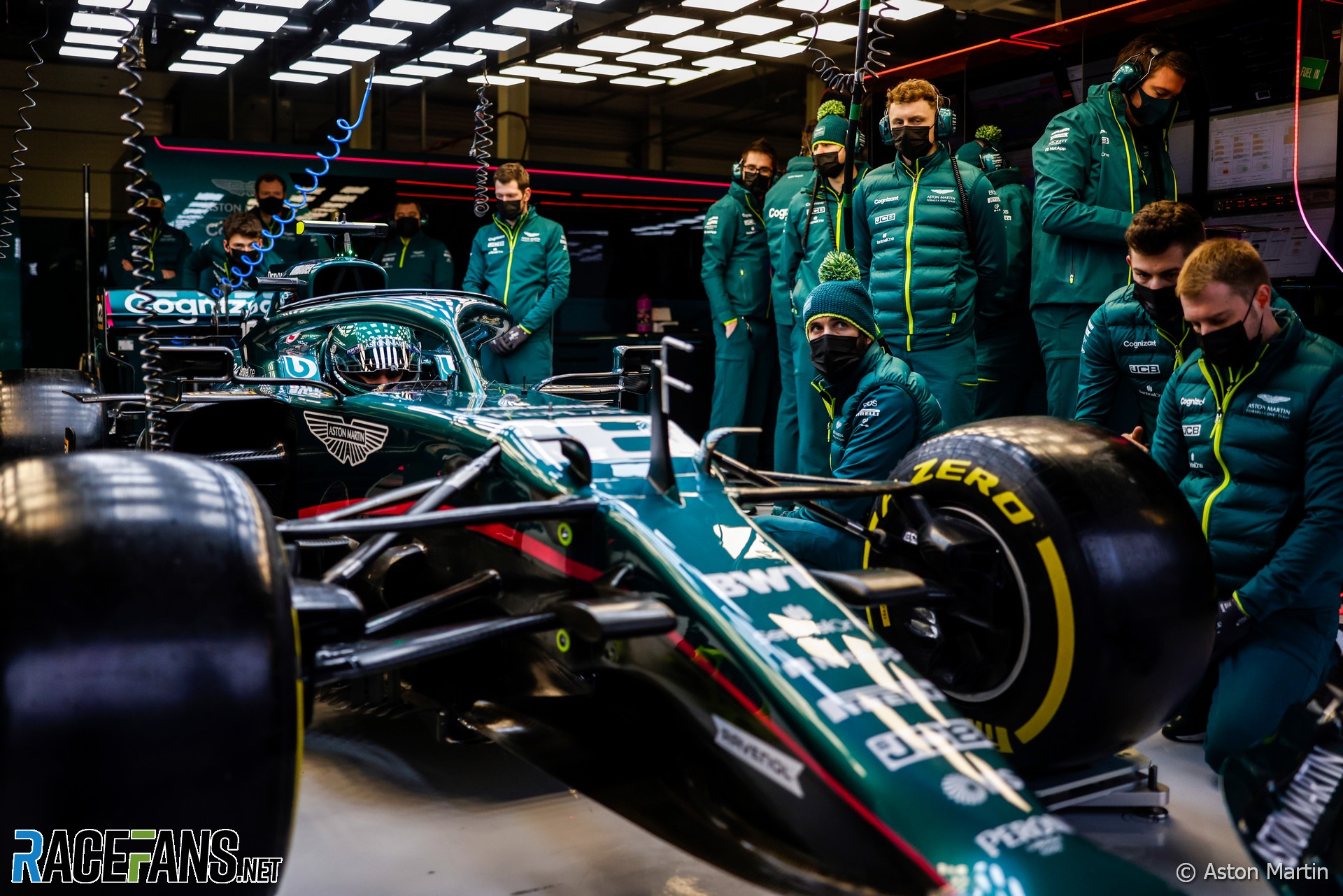 In the round-up: Aston Martin CEO Otmar Szafnauer predicts Ferrari, who will present their new car for the 2021 F1 season today, will be much tougher competitors this year.

Aston Martin finished fourth in the championship last year as Racing Point, seven points behind McLaren after having 15 points deducted, with Renault (now Alpine) and Ferrari behind them. Szafnauer predicts all four will be the mix for third in the championship this year.

I think it would be foolhardy for us to not worry about those behind us and just look ahead of us. I think we’ve got to do a good job. The midfield is ever-increasing in competitiveness. It’s getting much more difficult.

I can’t see Ferrari staying where they finished, sixth, forever, so they’ll be really difficult to beat this year and beyond. McLaren beat us last year into third. They’ll be difficult. Renault have the might of a manufacturer behind them as well, they’re not going to be easy with Alonso coming in, two-time world champion. So it will be very, very difficult for us to finish at the top of that midfield.

It’s not going to be easy. And yes, at the same time, we want to look at the guys who finished ahead of us and get closer to Mercedes and Red Bull. We want to get closer to them as well. So the task is great but we’re up for the challenge and we’ll work hard and do the best we can to achieve that.

Alpine junior driver Christian Lundgaard headed the second day of Formula 2 testing at Bahrain International Circuit for ART. His quickest time of 1’41.697 put him three tenths of a second clear of Bent Viscaal for Trident.

Ferrari junior Marcus Armstrong was third for DAMS, the trio all setting their quickest times in the morning running. Dan Ticktum was quickest in the afternoon for Carlin and ended the day fourth overall. Liam Lawson for Hitech and Robert Shwartzman for Prema ensured the day ended with six different teams in the top six. However HWA pair Matteo Nannini and Alessio Deledda ended the day at the bottom of the times.

"The 2021 Formula 1 field will include this season three former EFO contenders, Carlos Sainz Jnr, Yuki Tsunoda and Jack Aitken. Last year, the Euroformula Open contributed than six contenders to the Formula 2, while no less than 14 of former or present EFO drivers took part in F3."

Martin Brundle: "(Hamilton) was very generous but a bit grumpy I though generally. It's interesting his right-hand man Marc Hynes is no longer working with him. I sensed he wasn't super-happy with how the negotiations had worked out at Mercedes-Benz."

"I’m a guy that races anything that has four wheels. Two wheels? Maybe not. For wheels? Without a doubt. Could be on ice, could be on dirt. I’ll race anything."

"The investment has been made in the form of grants to motorsport (£400k), basketball (£300k), ice hockey (£200k) and netball (£100k), with £930k of the funding already issued. Three grants totalling the remaining £70k are in the process of being released. It is part of a £55 million emergency sports funding package from the Scottish Government."

Is Lewis Hamilton not having to extend himself to beat Valtteri Bottas?

I believe there’s one important difference that looking at the stats doesn’t show (and I’ll readily admit this is my uninformed opinion with no real evidence to back it up).

Outside of Turkey Hamilton didn’t appear anywhere near his limit last year. The gap between him and Bottas looked smaller than it was because he didn’t need to push any harder to beat him, the few times Bottas got close Hamilton always found a couple of extra tenths. This was rarely the case against Rosberg, and you always felt he was actually pushing.

That’s why I want Russell in the car. Hamilton is one of the greats of the sport but with Bottas in the other car we don’t get to see it because he doesn’t have to push.
Steve Rogers (@Yossarian)