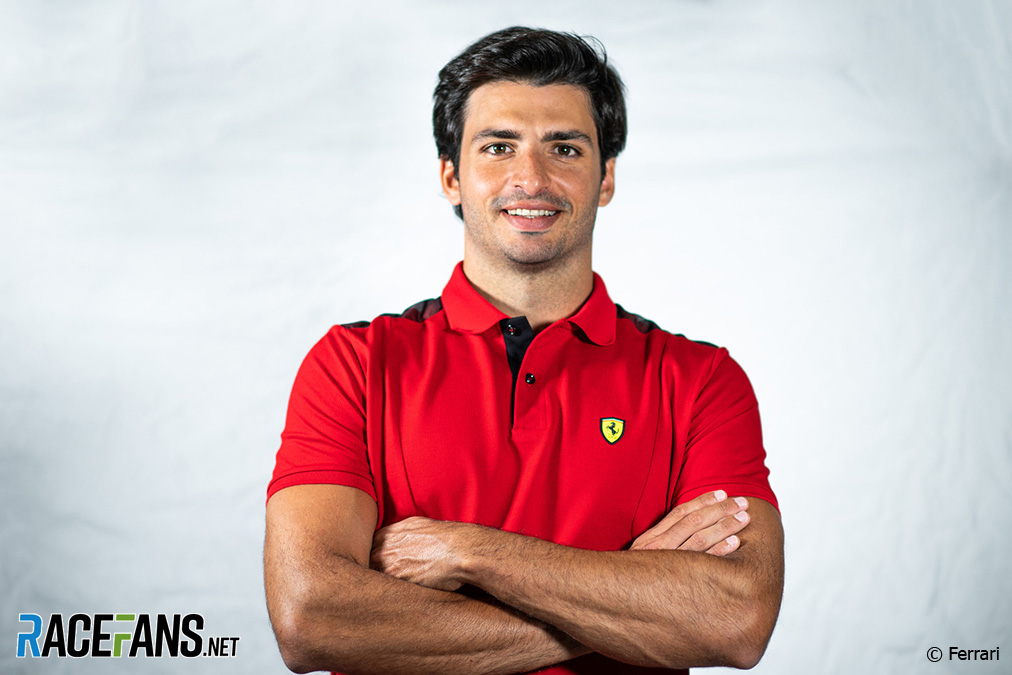 In the round-up: Carlos Sainz Jnr will have his first run in a Ferrari this week, while five of the team’s junior drivers will also have a chance to test an F1 car.

RaceFans operates thanks in part to the support of its readers. In order to help fund the development and growth of the site please consider becoming a RaceFans Supporter.

For just £1 per month/£12 per year you will also be upgraded to an ad-free account. Sign up and find out more below:

As revealed on RaceFans last week, Ferrari will run a 2018 chassis at Fiorano this week to give Sainz his first outing in one of their cars. Sainz will drive on Wednesday and Thursday.

The team will also use the opportunity to give his team mate Charles Leclerc some extra pre-season seat time on Tuesday, and extend a testing opportunity to five of its junior drivers.

Two Ferrari Driver Academy members, Giuliano Alesi and Marcus Armstrong, will have their first taste of F1 machinery. The pair will drive on Monday and share the car with a third FDA member, Robert Shwartzman.

Mick Schumacher, who will make his F1 debut for Haas this year, will have his latest Ferrari test on Thursday. Callum Ilott is to drive the car on Friday.

iRacers, our scheduler experienced a technical issue that we are currently evaluating.

This timeslot of the Daytona 24h will NOT have a race start. We are evaluating our options to see if we can put up another one in the next hour or so.

"Bernie should have taken control of Formula E, created it inside the fence and controlled it so they could decide where to take it. Formula E is very different in terms of the level of prestige and audience to Formula 1, but I still think the future is a merger between them. I don’t know when this will happen, and if the shareholders will want to do it."

This weekend’s debate is on which team has the best driver line-up for the 2021 F1 season:

I’m going to argue Ferrari. Why? Because although I rate Hamilton and Verstappen as the two best drivers, fairly easily so, their team mates are both average and, well, dull.

Leclerc is a top driver (albeit a notch down on Hamilton and Verstappen) but Sainz, I think, is a more interesting driver than Bottas or Perez and could/should make a more competitive team mate, willing to push Leclerc.

Bottas, we know the story already. Perez? Sorry, but arriving in the team and already expressing how difficult it will be to challenge Verstappen is a sign that it’s all over already. Hamilton and Russell at Mercedes, now that would be good.
@David-br

Join in this weekend debate here: