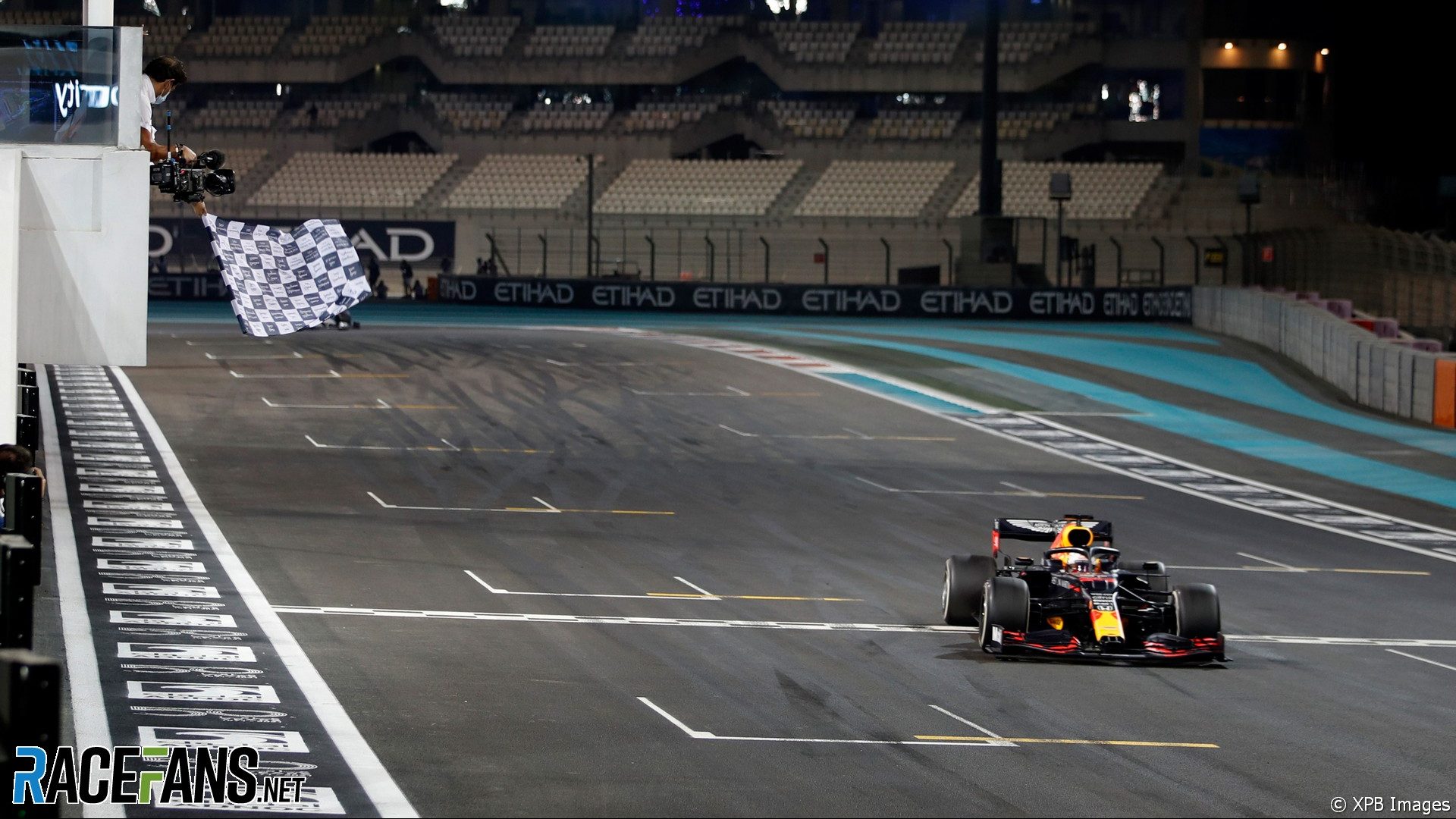 Red Bull have edged closer to Mercedes’ pace all year. At the final race of the season, with their rivals off their game, Verstappen took full advantage. He stung them in qualifying, nicking pole by two hundredths of a second.

Verstappen’s options for covering off the threat of both Mercedes cars in the race looked slim, but an early Safety Car put everyone on the same strategy, neutralising that threat. Despite concerns over tyre vibrations, he pulled clear over the remainder of the race, finishing with a 15-second lead over Valtteri Bottas.

Although he didn’t emulate his team mate by getting through Q2 on the medium tyre compound, Norris pulled off a superb lap in Q3 to take fourth on the grid, even beating Alexander Albon’s Red Bull.

He was never going to keep the clearly quicker car behind in the race and sensibly didn’t waste his tyres trying to resist Albon. Norris showed similar patience when Daniel Ricciardo appeared ahead of him after the Safety Car period, but regained his place when the Renault pitted and led the midfield home, not for the first time this year.

While engine problems compromised his team mate, Racing Point needed Stroll to take up the fight for third in the championship on behalf of them, and can only have been disappointed to see him slip to 10th at the flag.

That was the position he occupied at the restart, though he stood to benefit from the Ferrari drivers ahead of him pitting. But Stroll lost places to Pierre Gasly and, on the final lap, Esteban Ocon, ending the team’s hopes of beating McLaren to that third place.

Why were Mercedes so far from their usual dominant performance in Abu Dhabi? The team ascribed it to a number of factors: Their focus on 2021 tyre testing in practice, severe understeer around Yas Marina’s slower corners, and the need to run their power units “as conservative as possible” due to fears the MGU-K would fail.

With Lewis Hamilton not fully match fit following his recent bout of Covid-19, Bottas narrowly beat him to a front row starting place, but could only watch Verstappen drive away from him on Sunday. You had to wonder what a fully-fit Hamilton – or, for that matter, George Russell – might have done in the car.

It was a wasted weekend for Sakhir Grand Prix winner Sergio Perez, who didn’t set a representative time in qualifying as he was doomed to start at the back after changes to his power unit. That then failed him during the race after he’d climbed from 20th on lap one to 14th by lap eight.

Alexander Albon’s hopes of keeping Perez out of his seat were boosted by one of his best performances this year. While Norris pipped him to fourth on the grid, Albon motored past easily enough early on, and was almost within range of Hamilton’s Mercedes as the chequered flag fell.

In his last race for McLaren, Carlos Sainz Jnr wasn’t able to get the best out of his Q3 run, and was disappointed his medium compound rubber didn’t deliver the expected benefits early in the race. He backed Norris up in sixth, however, being cleared of driving too slowly in the pits after the stewards discovered he only backed off to the tune of 0.6 seconds. “I don’t know why there’s even a discussion,” he remarked afterwards.

Neither Renault driver made the cut for Q3 and the early Safety Car took away their starting tyre advantage. Nonetheless Ricciardo ran long to take seventh place, while Ocon put a last-lap pass on Stroll for ninth. The pair were separated by Gasly, who made some of the race’s few passes, saying afterwards he prepared specially for the unique challenges of a track which is regarded by many as an overtaking-free zone.

After what he described as one of his best qualifying laps to date, Daniil Kvyat slipped back early in the first stint, leaving him on course to finish outside the points.

Kimi Raikkonen was out-qualified by Antonio Giovinazzi but passed him immediately at the start. He finished almost half a minute ahead of his team mate, who got stuck behind George Russell. The other star of Sakhir had little pace after returning to Williams – his fastest race lap was slower than that of lap nine retiree Perez – and he came in 15th. Ahead of him were the two Ferraris, who followed one of the team’s engine customers home after delaying their pit stops until after the Safety Car period.

Giovinazzi led Latifi in, followed by the two Haas drivers who, as Kevin Magnussen observed, weren’t really in the competition. They suffered heavy tyre degradation in their second stints and had to make extra pit stops, Pietro Fittipaldi being lapped twice.