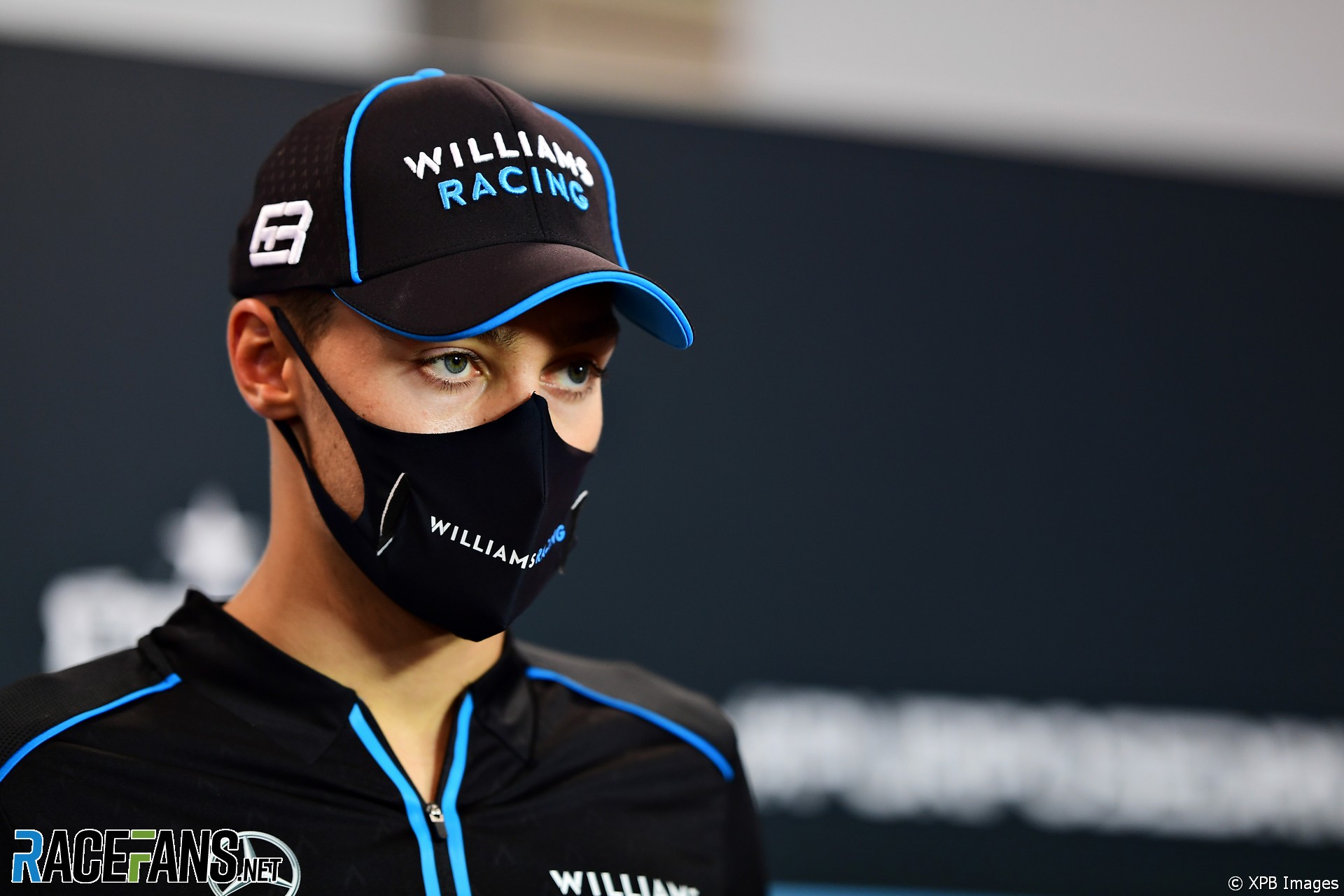 Williams confirmed to RaceFans Casanovas tested negative for Covid-19 yesterday. He will have another “precautionary” test tomorrow and consult the FIA before deciding how to proceed.

Russell and Casanovas have not been in contact with each other since the Portuguese Grand Prix four days ago. Russell is due to be tested again on Friday and was last tested on Tuesday, when he also returned a negative result.

Williams said no other team members have been affected by the development. The team’s reserve driver is Jack Aitken, who drove for them in first practice for the Styrian Grand Prix at the Red Bull Ring in July.

“After displaying mild respiratory symptoms this morning, George Russell’s performance coach is self-isolating today in line with FIA guidelines,” a Williams spokesperson confirmed. “A Covid-19 test collected yesterday was negative, however he will undergo a further precautionary test again tomorrow outside the paddock before taking further directions from the FIA.

“He has not been in contact with George since race day in Portugal. George undertook his scheduled Covid-19 test on Tuesday in order to enter Italy today – which was also confirmed as negative. He will be re-tested at the track on Friday as part of the team’s regular testing schedule.”