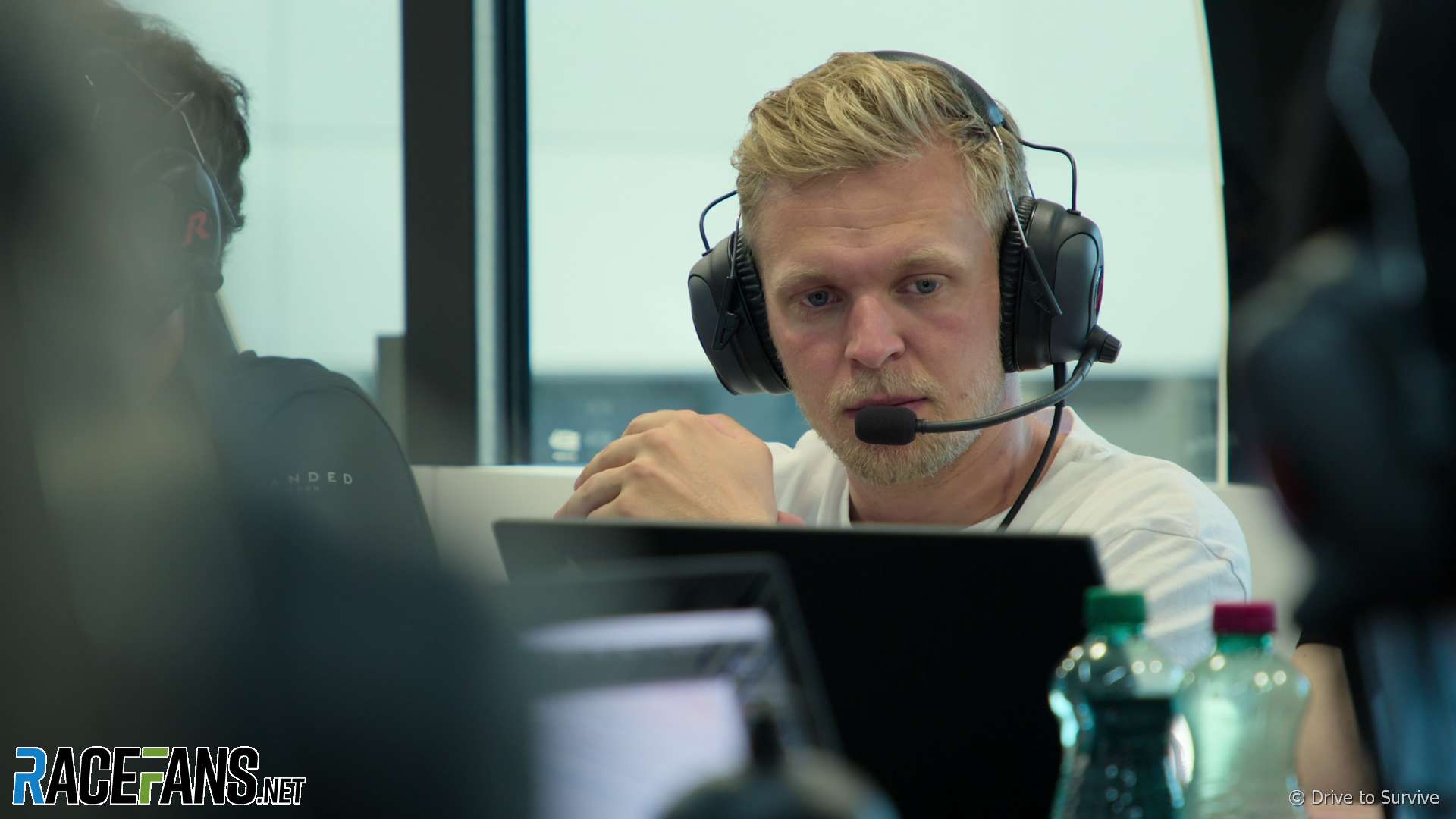 A sensational episode on Haas which appears in the new series of Netflix’s Drive to Survive only part of last year’s disastrous season for the team, according to Kevin Magnussen.

However there is even more to the story than, according to Magnussen. “I have seen that one that I’m in,” he said, “and they didn’t even put the bad things in.”

The Haas pair made contact at turn five on the first lap of the race. Both drivers picked up damage and the team retired shortly afterwards.

The collision marked a brutal low point for the team after a series of poor races. Prior to the weekend Haas’s title sponsor Rich Energy announced on Twitter they would terminate their sponsorship of the team, leading to a protracted and public falling-out between the two.

“I think it’s a very exciting story,” said Magnussen. “There was a very, very big episode for when it happened.”

He described how the growing tensions at the team led to the confrontation between Steiner and his drivers.

“We were in such a low point with everything. That’s where we really were getting depressed about the season not going right, and, you know, there was a lot of shit going on in the background with sponsors, et cetera.

“It all sort of just came together that weekend and we all lost it a little bit. But it truly made us stronger and it’s gotten us closer together. And you would all be surprised to see how it is in real life between us.”

USA-based Josh joined the RaceFans team in 2018. Josh helps produce our Formula 1 race weekend coverage, assists with our social media activities and...
Read more about Josh Holland, find all their articles and get in touch with them

38 comments on “Magnussen: Netflix left the worst out of Haas episode”