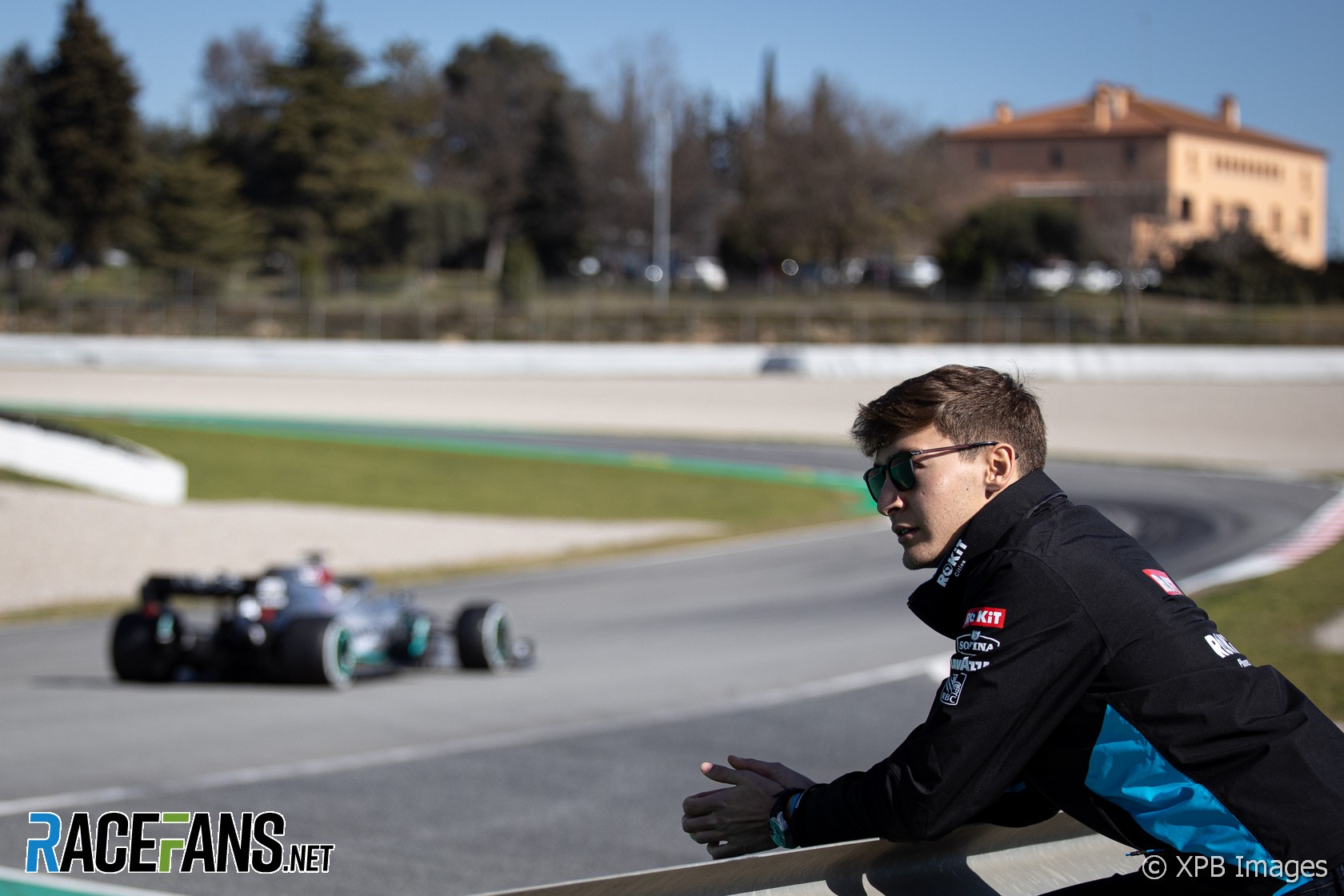 Mercedes junior driver George Russell says the team’s eye-catching Dual Axis Steering system is only one example of the innovations on their car.

[f1tv2020testa]Russell, who joined Mercedes’ young driver programme in 2017, said DAS is “just the tip of the iceberg” of the team’s developments.

“I’ve been part of that team for a long time,” Russell told F1 TV. “I saw what they were up to prior to when I joined Williams and it’s incredible the things those guys are doing. They’ve got loads of things in the car just like that but we can’t see to the naked eye.

“So when I saw it I was like, wow, you guys are making us all look a bit silly at the moment. It’s incredible and I think they’ll be unstoppable this year.”

McLaren’s Lando Norris said he couldn’t believe what he was seeing when he spotted the Mercedes drivers sliding their steering wheels back and forward to operate DAS during Thursday’s test.

“I noticed it in the morning I was in the car at the time,” he said. “It came up on the TV and I was really confused.

“I saw it, but I didn’t want to sound like I was an idiot and say to the engineers ‘guys, I think they got something weird going on in the steering wheel’. I thought I must be seeing things. So I didn’t say it initially, I just said, ‘I want to come look at this later’. So I told them to put a little mark on the video.

“Then I jumped out the car a few hours later everyone was like ‘Oh my God, have you seen this Mercedes steering wheel it’s moving…’. And I knew it, I wasn’t seeing things.”

Norris said Formula 1 needs innovations like DAS. “It’s awesome that you’re seeing any team in Formula 1, but obviously Mercedes who have led the way for so long now, that they’re still coming up with such awesome ideas,” he said.

“I think we’ve missed a bit of that in Formula 1. I remember growing up when I was watching it, people coming up with the F duct and so many cool ideas and radical designs and things which get people talking. And over the last however many years you haven’t seen so much of that. Now they’ve come up with something like this, it’s awesome to see it.”

McLaren does not intend to develop its own version of DAS, but Norris thinks it would “feel weird” to have on the car.

“It’s just so abnormal,” he explained. “It’s something that is giving you a feedback. Your steering wheel is one of the most important things for a driver to give you the right feedback and how the car is feeling and everything. So when there’s pretty much like a third movement, you turn left to right, but if it’s going backwards and forwards as well, then it’s just messing with your brain and everything feels way.

“But obviously, it’s not a problem, it’s not like it’s moving while driving, they’re setting it into a position while driving so it won’t be as weird, but it’s still not going to feel normal.”