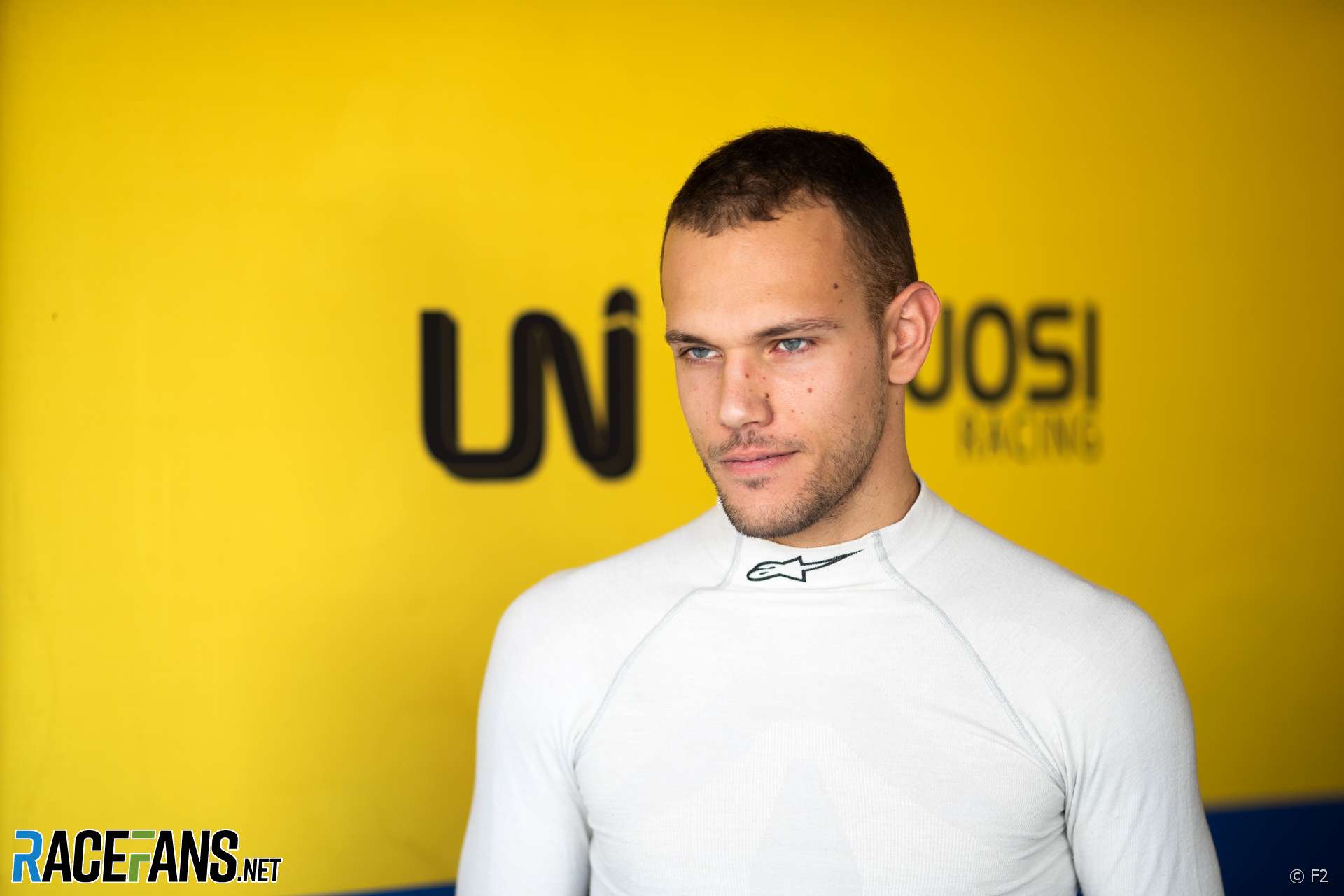 Luca Ghiotto will not make his anticipated departure for Formula 2 this year after agreeing to return to the championship with new team Hitech.

The 24-year-old, who finished third in the championship last year behind Nyck de Vries and Nicholas Latifi, will start his fifth consecutive season in the series, previously known as GP2. Hitech will be Ghiotto’s fifth team in as many years, having previous driven for Trident, Russian Time, Campos and Virtuosi.

The five-times race winner will partner Nikita Mazepin in the team’s first F2 squad. Mazepin, who tested for Mercedes last year and previously drove for Hitech in F3, placed 18th on his F2 debut last year, at ART. Mazepin’s father Dmitry is the chairman of Uralchem, one of Hitech’s title partners.

The new Formula 2 season will begin on March 21st at the Bahrain International Circuit.

This article will be updated.