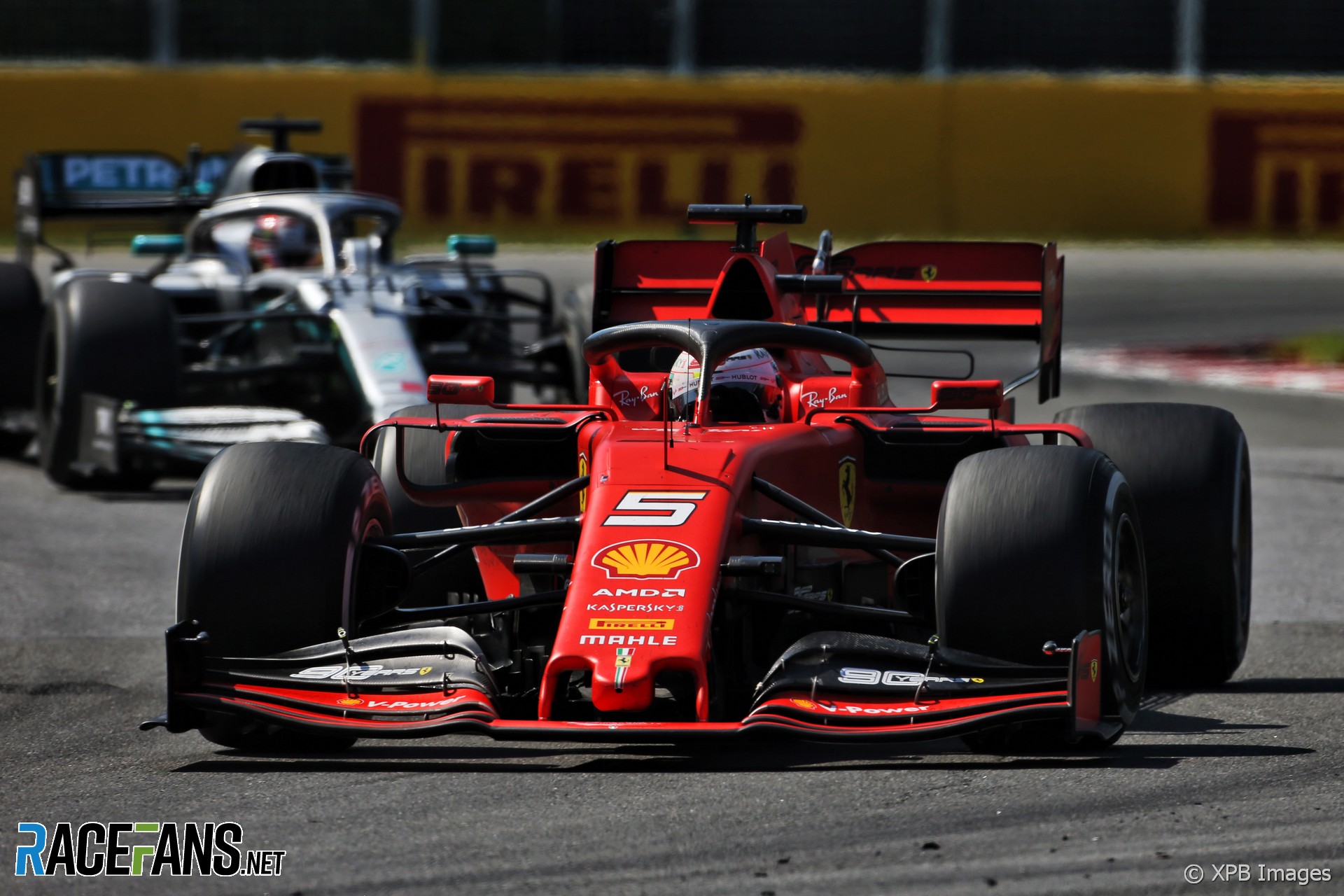 Ferrari team principal Mattia Binotto said Sebastian Vettel was the “moral winner” of the Canadian Grand Prix after a penalty relegated him to second.

“We won today,” Binotto told Sky. “I think honestly as I said we have been the fastest on track today and that’s important.”

Vettel was penalised for rejoining the track in an unsafe fashion, which forced Lewis Hamilton to back off.

“Certainly if you look at the crowd everybody seemed to believe that there was nothing else that Sebastian could have done in that occasion,” said Binotto.

“When he went off he was driving at the limit each single lap, each single corner,” he added. “So he did a mistake in that respect but we were on the borderline of the tyres. And obviously coming back on the track you have no grip, you were just on the grass, nothing you can do, and that’s what he did.”

Binotto denied Vettel had been trying to prevent Hamilton from getting ahead by moving across from the left-hand side of the track to the racing line on the right-hand side as he rejoined.

“I don’t think he had any bad intention what he was doing at all,” said Binotto. “He stayed ahead the entire race, he took the chequered flag first, for us he is the moral winner.

“And more important that as a team we have proved that we can still be competitive. There are still many races, we go back certainly with even more boost. We know there are weaknesses to address but the season is not over.”

47 comments on ““We won today”: Binotto defiant after Vettel’s penalty”