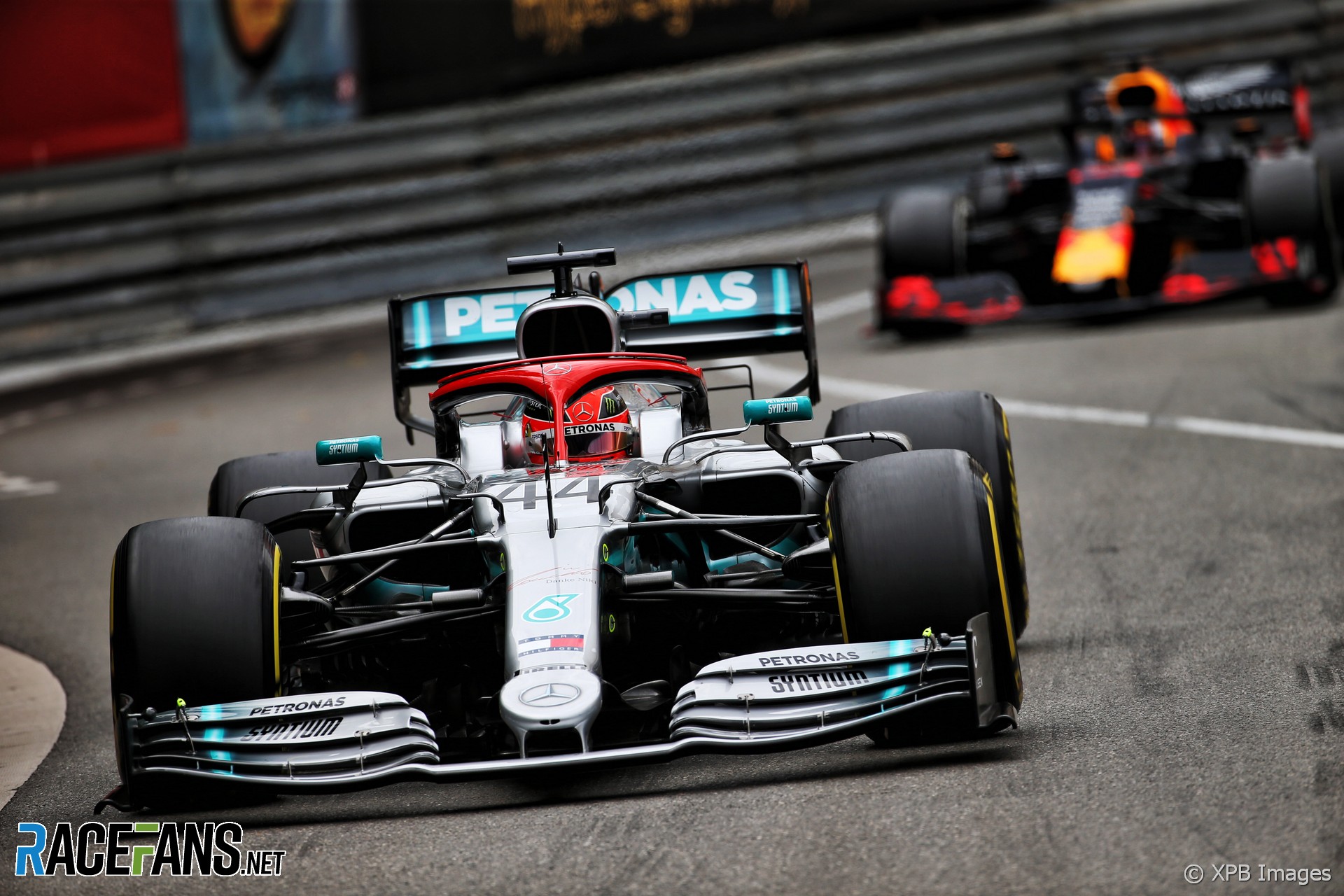 Lewis Hamilton has won the Monaco Grand Prix for the third time after withstanding heavy pressure from Max Verstappen for much of the race.

The Mercedes driver held the lead from the start of the race but came under attack from Verstappen after the pair made their first pit stops early under a Safety Car period. Hamilton was leading team mate Valtteri Bottas at the time, but a quick Red Bull pit stop moved Verstappen into second, though he incurred a five-second penalty for an unsafe release after clipping Bottas.

Mercedes put Hamilton on the medium compound tyres while Verstappen opted for the hards. Once the race restarted, Hamilton found his front tyres starting to grain and was soon on the radio to complain.

By the final laps of the race Verstappen was constantly exploring the rear of Hamilton’s car. With three laps to go he threw his Red Bull down the inside at the chicane from an impossible distance, tapping Hamilton’s left-rear tyre with his front-right, and forcing both to cut the chicane.

That proved Verstappen’s best chance, and he could only follow Hamilton to the flag, resigned to finishing off the podium due to his penalty.

Carlos Sainz Jnr held off the Toro Rosso pair for sixth place, while Daniel Ricciardo was moved up to ninth place as Romain Grosjean incurred a five-second time penalty for crossing the pit exit line.

The Safety Car period was triggered by Charles Leclerc, who had an eventful but brief race. From 15th on the grid he succeeded in passing Lando Norris at the Fairmont Hotel hairpin and Romain Grosjean at Rascasse.

But his attempt to take Nico Hulkenberg at the same corner backfired. He clipped the barrier, suffered a puncture, and had to drive a whole lap on a disintegrating tyre, the debris from which caused the Safety Car period. He later retired.

121 comments on “Hamilton survives contact with Verstappen for Monaco win”