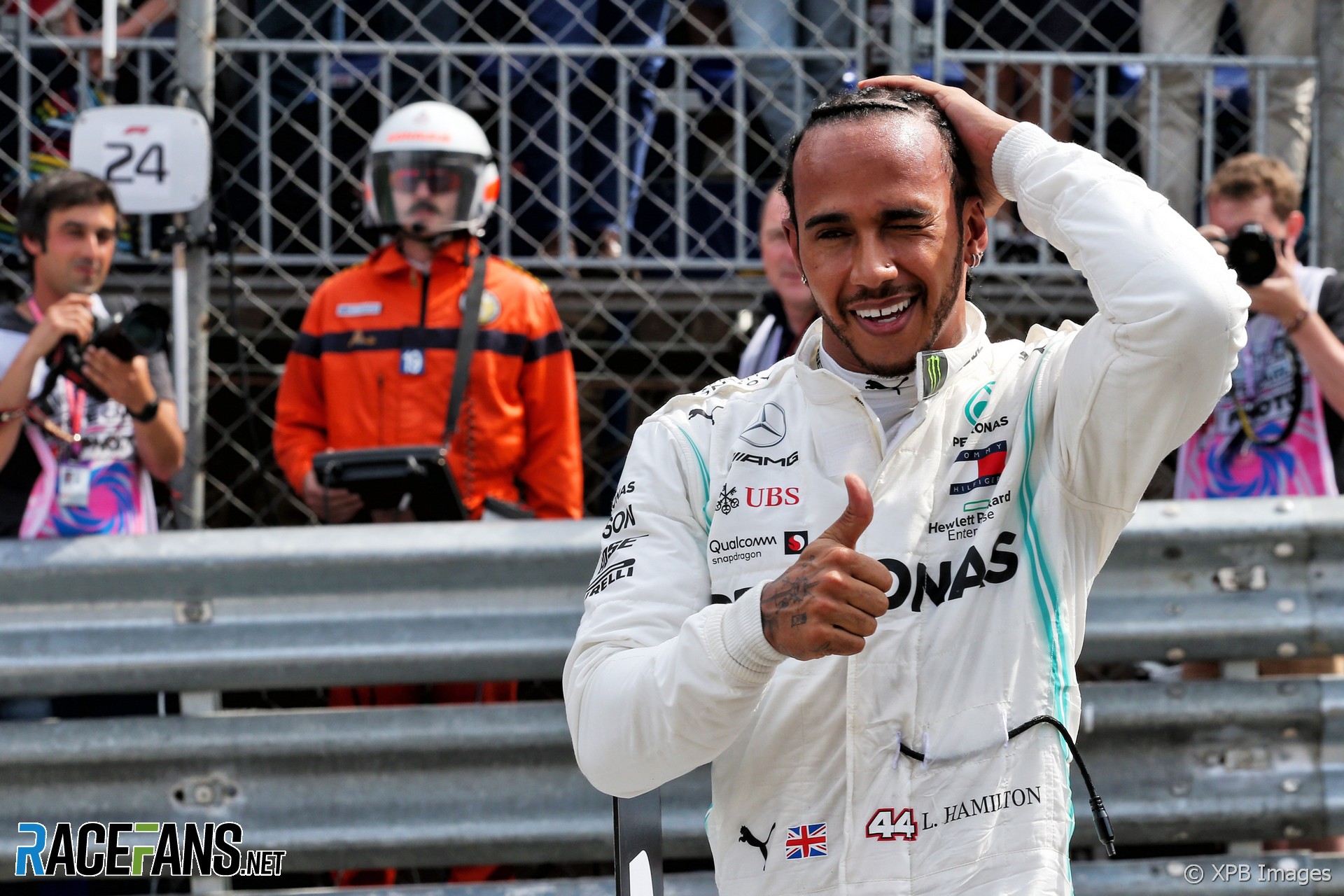 Lewis Hamilton took pole position for the Monaco Grand Prix but an error by Ferrari saw Charles Leclerc go out in Q1.

Having narrowly escaped collecting a grid penalty in practice, Charles Leclerc might have though he’d has his brush with misfortune for the weekend. But that proved not to be the case, as the Ferrari driver was sensationally eliminated in the first phase of qualifying.

To begin with it seemed his team mate was at greater risk of failing to make the cut. Sebastian Vettel failed to set a quick enough time initially, then had a brush with the barrier which sent him into the pits with little more than three minutes remaining.

“We need to go, fire up” Vettel’s engineer called on the radio. He made it around to the start/finish line with five seconds to spare, but had already fallen to 17th place. he needed a clean lap – and he got it, leaping into the safety zone.

But it came at the expense of his team mate. Leclerc had also gradually slipped down the order as the improving track conditions helped the midfield drivers find more time. Leclerc fell into the drop zone.

He joined the Williams duo and the Racing Point pair who, unlike Leclerc, had looked likely to fall in Q1 since the race weekend began.

After the drama of Q1, Q2 proceeded along more familiar lines. However a few drivers marked themselves out with excellent laps to bag places in the final 10.

They included Daniel Ricciardo, Carlos Sainz Jnr and Kevin Magnussen, each of which left their team mates behind. In Romain Grosjean’s case, he had cause for complaint after being held up by Pierre Gasly.

The two Alfa Romeo drivers also went no further. Kimi Raikkonen, who out-qualified Antonio Giovinazzi again, remarked he had no grip as he headed back to the pits.

Lando Norris briefly grabbed a place in Q3 with 11th, but was knocked back as other drivers improved. His team mate Sainz claimed the final place at the expense of Nico Hulkenberg by less than a tenth of a second.

Ahead of Q3 Max Verstappen signalled his intention by grabbing the fastest time of the session, lowering the track record to 1’10.618.

Once Q3 began it quickly became clear Verstappen’s Thursday prediction that the Mercedes would be too quick for Red Bull was spot-on. Bottas unleashed a new record-beating lap of 1’10.252 which put him ahead.

Verstappen couldn’t get close to that and Hamilton couldn’t beat it on his first run either, ending up two-tenths of a second shy of his team mate.

However the balance of power swung in the final laps. Hamilton got a clear run, and edged pole back from Bottas by less than a tenth of a second. But his team mate was unhappy, complaining about traffic on the radio.

Bottas was still yet to complete his final run, but after a disappointing start to the lap he headed for the pits, ensuring pole position for Hamilton. Verstappen also aborted his last attempt at a time after his out-lap was disrupted by Ricciardo, who was doing multiple consecutive runs in his Renault.

Magnussen, who’d had to change his front wing due to damage earlier in the session, completed an excellent afternoon by grabbing sixth. Ricciardo claimed seventh ahead of the Toro Rosso pair, who were split by Sainz.