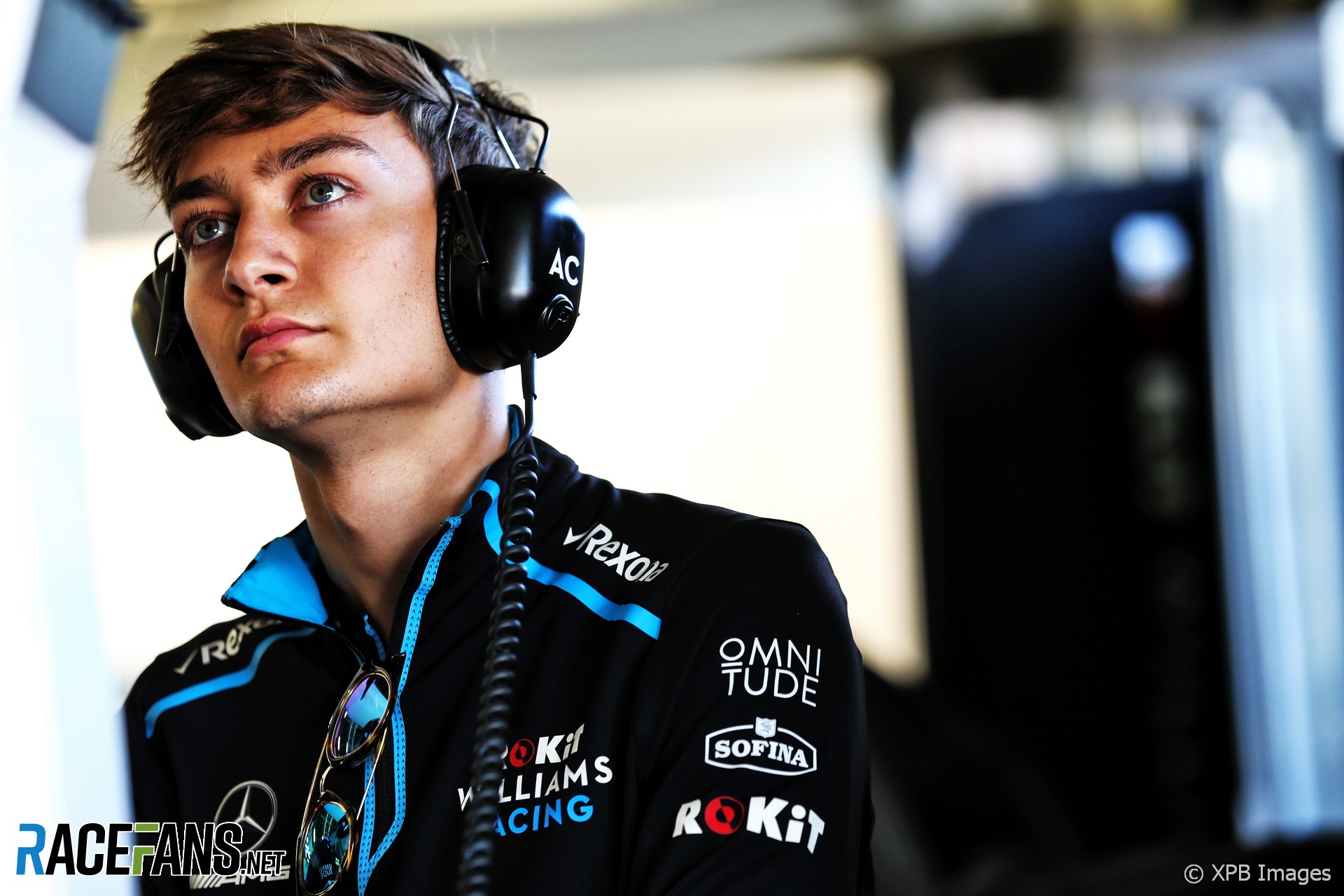 Kubica said the pair were “driving two different cars on the same set-up” following the season-opening race in Australia. However team principal Claire Williams said the team hasn’t been able to detect an inconsistency between them.

Following his collision with a loose drain cover in Azerbaijan, Russell has tried all three of the chassis Williams built up. “I was only meant to have run [number] two but ended up running all three,” he explained.

Asked by RaceFans whether all three felt the same he said “yes – there’s no reason for them not to be.”

Russell began the season in chassis number two then switched to chassis three, the team’s spare, in Baku. At the last round in Spain he took over chassis number one which Kubica used in the first four races. He expects to be reunited with his repaired number two chassis at the Canadian Grand Prix.

Williams were closer to their rivals in qualifying at the last race. Both drivers were within six-tenths of a second of Lance Stroll, the next-slowest driver. However their performance on Sunday was less good, Russell admitted.

“To be honest, in Spain the race pace was much worse than anticipated,” he said. “Every weekend is throwing up different challenges and different performance.

“In Barcelona we were much closer in qualifying than expected and further away in the race than expected. So who knows what Monaco will bring. It looks like it could be wet on Saturday so who knows.”

20 comments on “No difference between Williams’ three chassis – Russell”