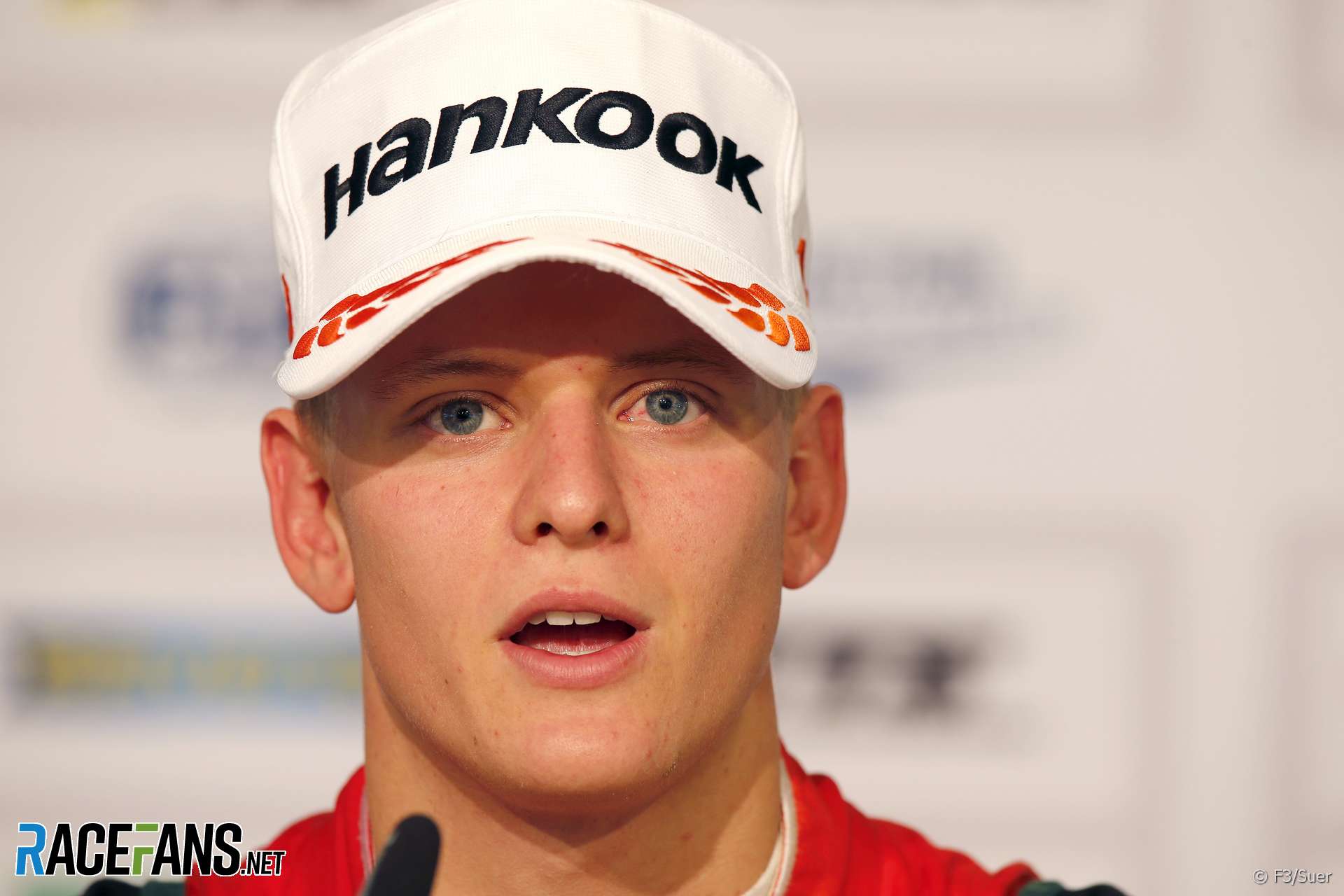 European Formula Three champion Mick Schumacher is among three drivers who have already been confirmed on the Formula Two grid for 2019.

The son of seven-times world champion Michael Schumacher will remain with the Prema team he raced for in F3 and Formula Four.

“We are proud to welcome Mick to our Formula Two operation for 2019,” said team principal Rene Roison.

“This championship is not an easy one due to its learning curve for rookies especially with the introduction of the new car, but we think that Mick has the maturity and skills needed to make it.”

Schumacher, who will drive the team’s car for the first time in the post-season test at Yas Marina, said the move was a “logical step”.

“For me, it was very clear to go into Formula Two with Prema. I can’t thank the Prema family enough for what we achieved together as a team, especially this year, how we continued to develop together.”

GP3 runner-up Nikita Mazepin will also graduate to F2 with ART, who took George Russell to this year’s drivers championship. ART CEO Sebastian Philippe said Mazepin’s performances as a rookie in GP3 were “remarkable from day one with a stunning victory in Barcelona.”

“Nikita has several strengths: he is fast and he constantly strives to progress in everything he does,” he added. “I’m sure he can be a centrepiece in our Formula 2 team, just as he was in GP3.”

17 comments on “Mick Schumacher, Matsushita and Mazepin get F2 seats for 2019”