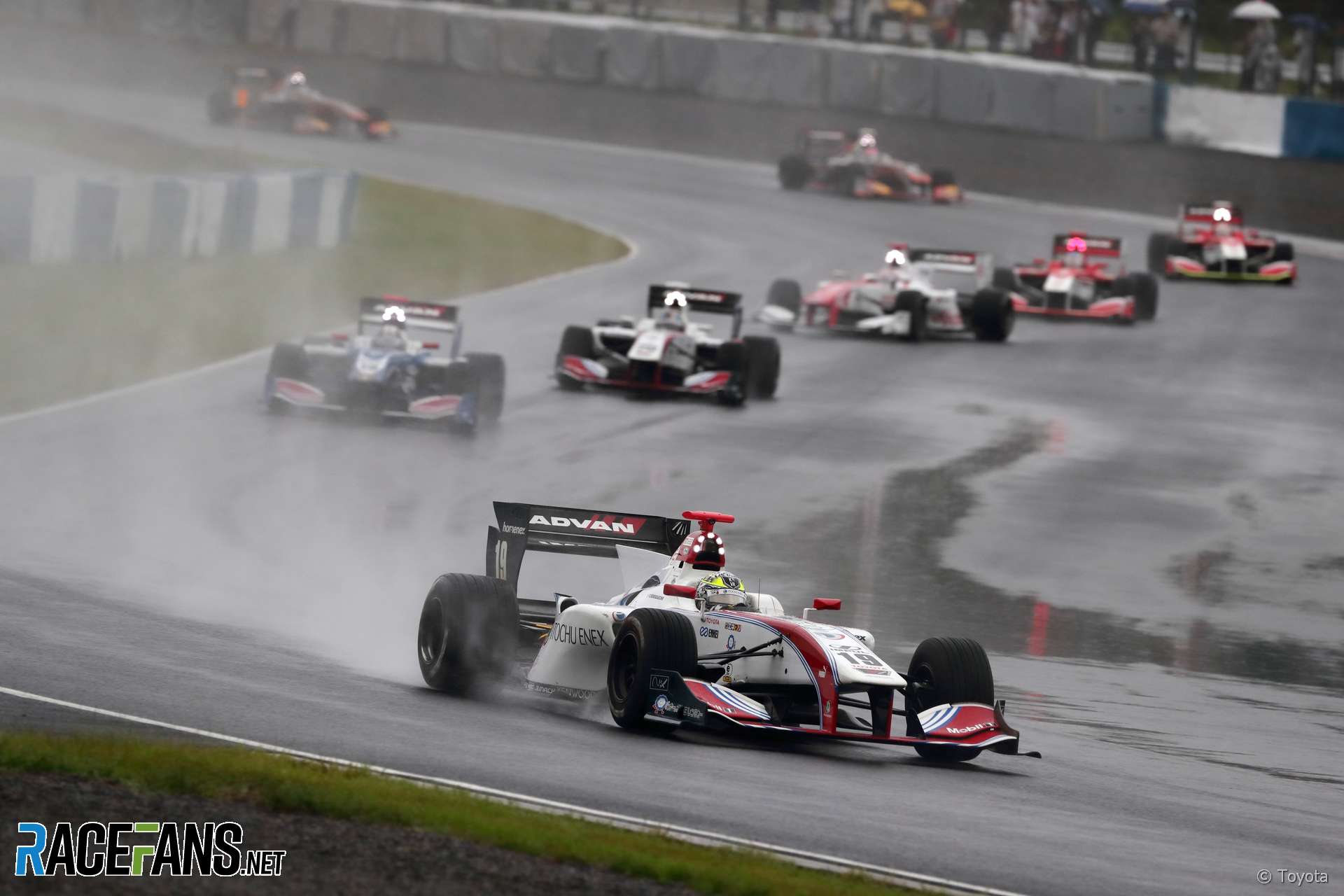 Catch up on video highlights of last weekend’s racing action in Weekend Racing Wrap including Japanese Super Formula at TI Aida, European F3 and DTM at the Nurburgring and more.

Results spoilers are hidden by default. Use the buttons below to reveal race reports.

Rene Rast started on pole for both races at the Nurburgring.

Show DTM race report
Rast and Gary Paffett battled all race for the upper hand but pole-sitter Rast managed a clean sweep to take the win. Paffett still gained an advantage over championship leader Paul di Resta, who clashed with Philippe Eng and failed to finish. In race two Rast pulled off a historic clean-sweep, with both pole positions and both race wins to take a maximum 56 points at the Nurburgring. Paffett finished the weekend just two points ahead of Di Resta in the standings, with Rast 55 points down.

Nurburgring rounds bring championship down to the wire

Show European Formula Three race report
Mick Schumacher took all three wins at the Nurburgring, fighting off Dan Ticktum to finish the weekend just three points behind the Red Bull junior. He began race one from second on the grid but a poor start for Robert Shwartzman saw him instantly grab the lead – and go on to dominate the weekend with both subsequent poles and wins.

Rain at Okayama produced a chaotic sixth round of the championship.

Show Japanese Super Formula race report
Heavy rain at Okayama interrupted the race after just seven laps, with restart delayed by 45 minutes. Yuhi Sekiguchi and Kamui Kobayashi duelled immediately from the restart, with contact between the two seeing the former F1 driver get the upper hand. However, contact between Tom Dillmann and Nirei Fukuzumi brought out another safety car, letting Sekiguchi take advantage of the restart to grab the lead and win.

The regular season closed a day late, after rain hit the Brickyard 400

Show NASCAR Cup race report
Three days of rain postponed NASCAR’s schedule at Indianapolis, with no practice or qualifying. A Monday morning start saw Denny Hamlin lead much of the race, before a restart due to lapped cars crashing gave Brad Keselowski the tyres to get the upper hand at the end.

While Formula 1 heads to Singapore the 2018 IndyCar championship will be decided at the Sonoma road course, as the series bids farewell to the California venue.