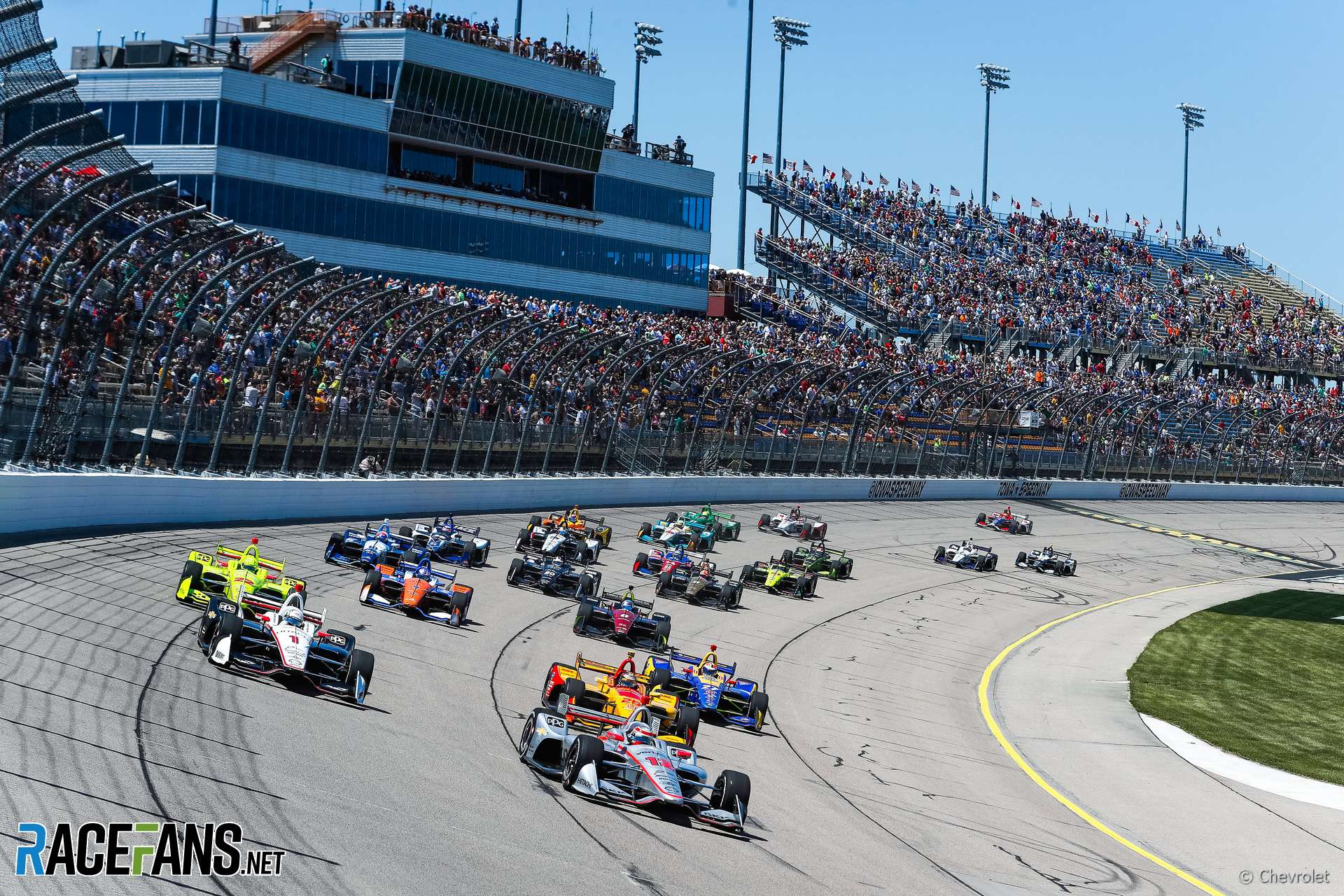 Catch up on video highlights of last weekend’s racing action in Weekend Racing Wrap including IndyCar at Iowa, Super Formula at Fuji, NASCAR at Daytona and Euroformula Open at the Hungaroring.

Results spoilers are hidden by default. Use the buttons below to reveal race reports.

Felipe Drugovich, winner of all bar one of the previous six races, claimed first fifth consecutive pole position for race one. But Bent Viscaal denied him a sixth in a row by a tenth of a second in race two.

Show Euroformula Open race report
It was business as usual in the races, Drugovich taking a pair of wins. He easily out-dragged Viscaal to turn one at the start of race two, meaning no one else led a lap at the Hungaroring. Just nine cars finished the incident-filled opener, meaning no one scooped the point for tenth.

NASCAR returned to Daytona for a second. shorter, 400-mile race on the superspeedway.

Show Japanese Super Formula race report
Cassidy scrapped with Hiroaki Ishiura early in the race, but a slow getaway from his pit stop cost the Japanese driver, who had to settle for second. Yuji Kunimoto completed the podium.

Two weeks after racing at the longest track on the calendar – Road America – IndyCar headed to its shortest venue, the 1.4 kilometre Iowa oval, for round 11.

Show IndyCar race report
Josef Newgarden, who dominated the 2016 race, looked set to do so again after passing pole-sitting team mate Will Power early on. But James Hinchcliffe worked his way forward early on, came into contention thanks to a mid-race caution period, and tracked down Newgarden before passing the champion for the lead. Newgarden ran second ahead of Robert Wickens, but both made the error of pitting under a late caution period, mistakenly expecting the track to go green again. When it didn’t, Spencer Pigot inherited a career-best second ahead of Takuma Sato.

Sebastian Vettel extended his F1 championship lead by denying Lewis Hamilton a home victory in the British Grand Prix. Hamilton came second after being knocked into a spin at the start by Kimi Raikkonen, who took third.

Both F2 support races started behind the Safety Car again. George Russell extended his points lead over Lando Norris despite a slow pit stop and a penalty costing him victory in race one. Alexander Albon won the feature and Maximilian Gunther converted reverse-grid pole to victory in the sprint race.

Callum Ilott lost the GP3 championship lead at his home round to team mate Anthoine Hubert, who won race one and led him home on Sunday when Pedro Piquet took the honours.

The following series are in action next weekend: