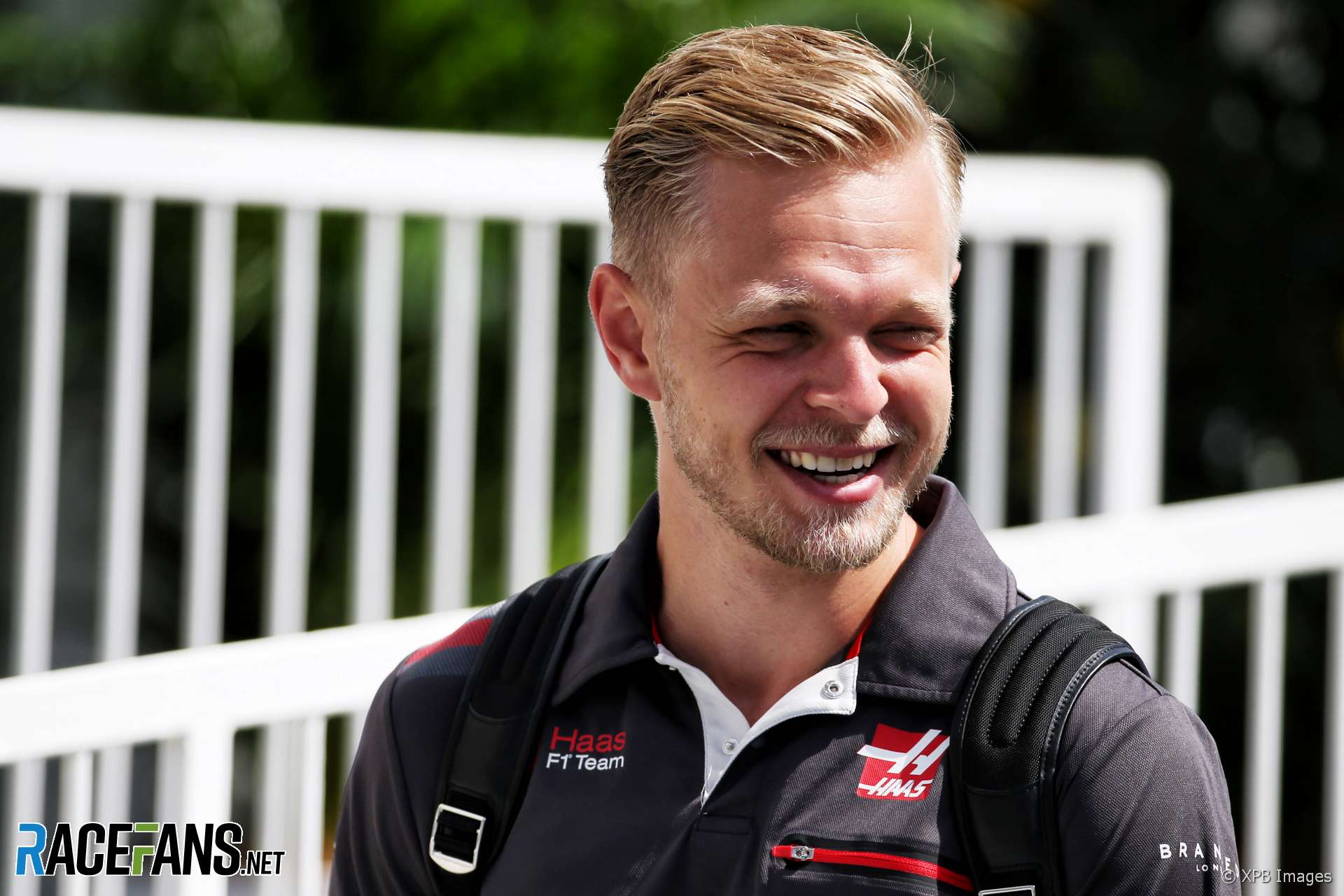 Kevin Magnussen says online coverage of him is too inaccurate and too much of a distraction to pay attention to.

Earlier this week he disputed stories which appeared in several publications after the Azerbaijan Grand Prix, which quoted him saying “I will die in the car”. Magnussen pointed out the quote was made in an interview prior to the race but subsequent coverage did not refer to this.

Yesterday Magnussen said he is “blocking out all the media stuff because nowadays it’s so irrelevant and uncontrollable.”

“It’s so difficult to control because of so many different media on the internet taking stuff from the big media and making their own little article out of that and changing the story to something that it isn’t,” he said. “There’s never one story from an interview, there’s always so many different stories.

“Generally I just stay out of it. I don’t look at social media. I have some people that take care [of it] so whenever I want to post something I just send the picture to those guys and they will post it so I don’t need to look at the apps.

“I don’t look at internet websites, what they’re writing and all that because it’s just a distraction and unnecessary, because you can’t change it, because most of it is not true or at least correct. So that part is something about this job which is really irrelevant for me. It can be really frustrating if you let it enter your mind.”

Magnussen said he isn’t concerned about his reputation among the other drivers but felt the need to respond to last week’s reports.

“I don’t really care what the other drivers think of me – to a certain extent, of course. If there’s something like… Last week there was a story that came out wrong and it depicted me as something I didn’t like and that was wrong, completely wrong.

“I didn’t say ‘I want to die in the car’. But it came out [in the media] as if I wanted to die in the car and it was crazy, I didn’t like it. But of course I saw it very late because I don’t read the news. So once I saw it, it was already way too big.

“I made a statement to try and tell the real story and tell people, at least the people that really follow me, that this isn’t the truth and it’s not what I mean. But apart from that I don’t want people to think I want to die in the car. Unless it’s [a story] like that, I don’t care.”

Magnussen’s driving brought him to the attention of the stewards during today’s first practice session. He is under investigation for potentially impeding Charles Leclerc.