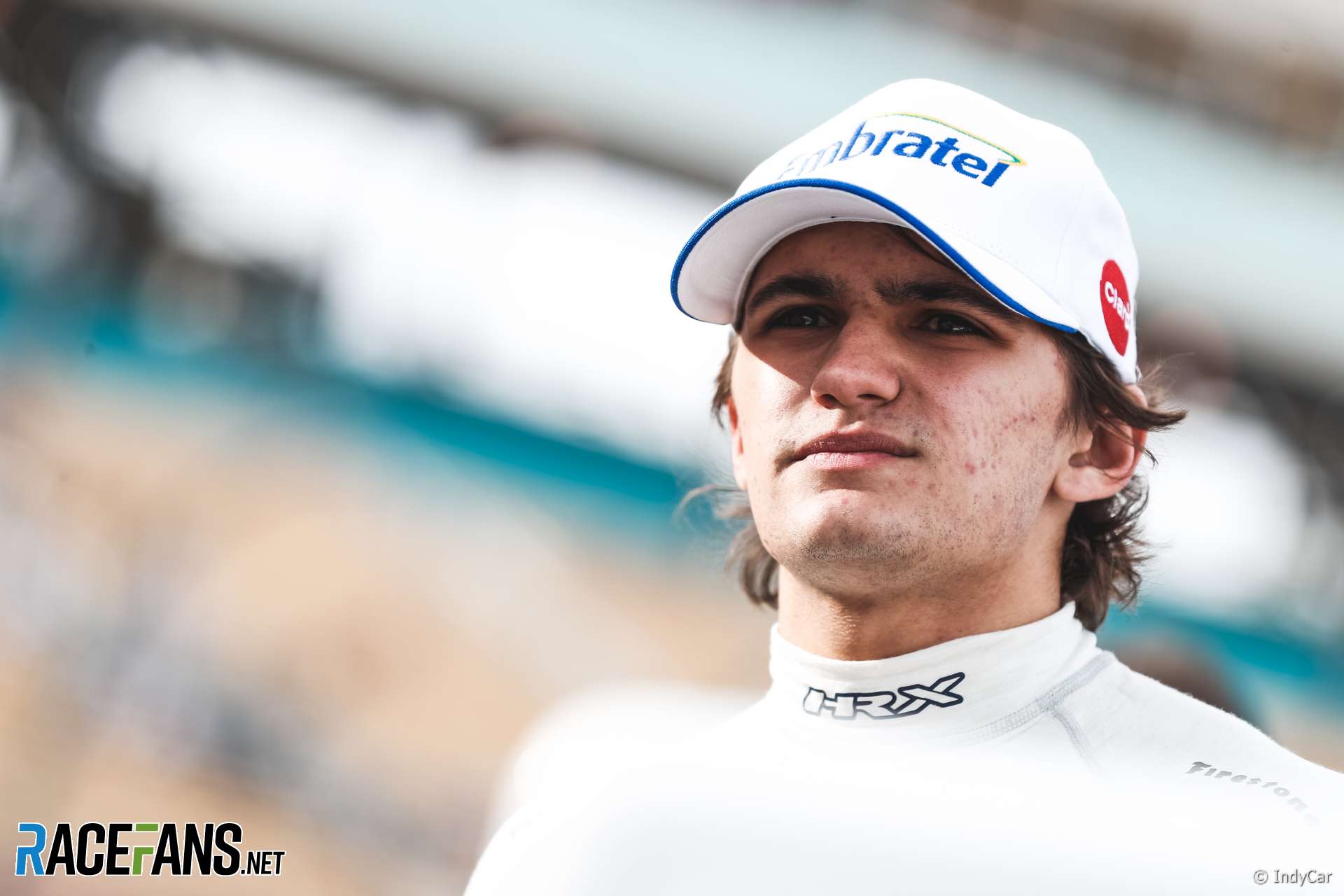 A heavy crash for Pietro Fittipaldi (see video above) during qualifying for this weekend’s Six Hours of Spa has left the World Endurance Championship racer with suspected broken legs.

The DragonSpeed driver lost control of his car at Radillon and crashed head-on into the barriers.

An official bulletin from the FIA noted: “The driver, who was conscious at all times, was attended immediately bu the Circuit de Spa-Francorchamps Medical Services and FIA Medical Delegate Jacques Tropenat, extracted from the and taken by helicopter to the Centre Hospitalier de la Citadelle de Liege with suspected fractures to both legs.

“He is accompanied by the DragonSpeed team manager and his condition is not life-threatening.”

Fittipaldi had been the quickest of the non-hybrid LMP1 driver in the final practice session earlier in the day. His injuries will put his participation in next month’s Le Mans 24 Hours in serious doubt. The 21-year-old was also due to make his debut in the Indianapolis 500 for Dale Coyne later this month.

Toyota swept the front row of the grid for the first race of the 2018-19 WEC season. Kamui Kobayashi put the number seven car he shares with Mike Conway and Jose Maria Lopez on from pole position ahead of the sister car of Fernando Alonso, Sebastien Buemi and Kazuki Nakajima. The two Rebellion entries share the second row: Neel Jani, Andre Lotterer and Bruno Senna were 1.8 seconds off pole position in their Gibson.

Fittipaldi’s car, which he shares with Ben Hanley and Henrik Heman, had qualified seventh behind team mates Vitaly Petrov and Mikhail Aleshin, and the ByKolles car of Oliver Webb, Dominik Kraihamer and Tom Dillmann.