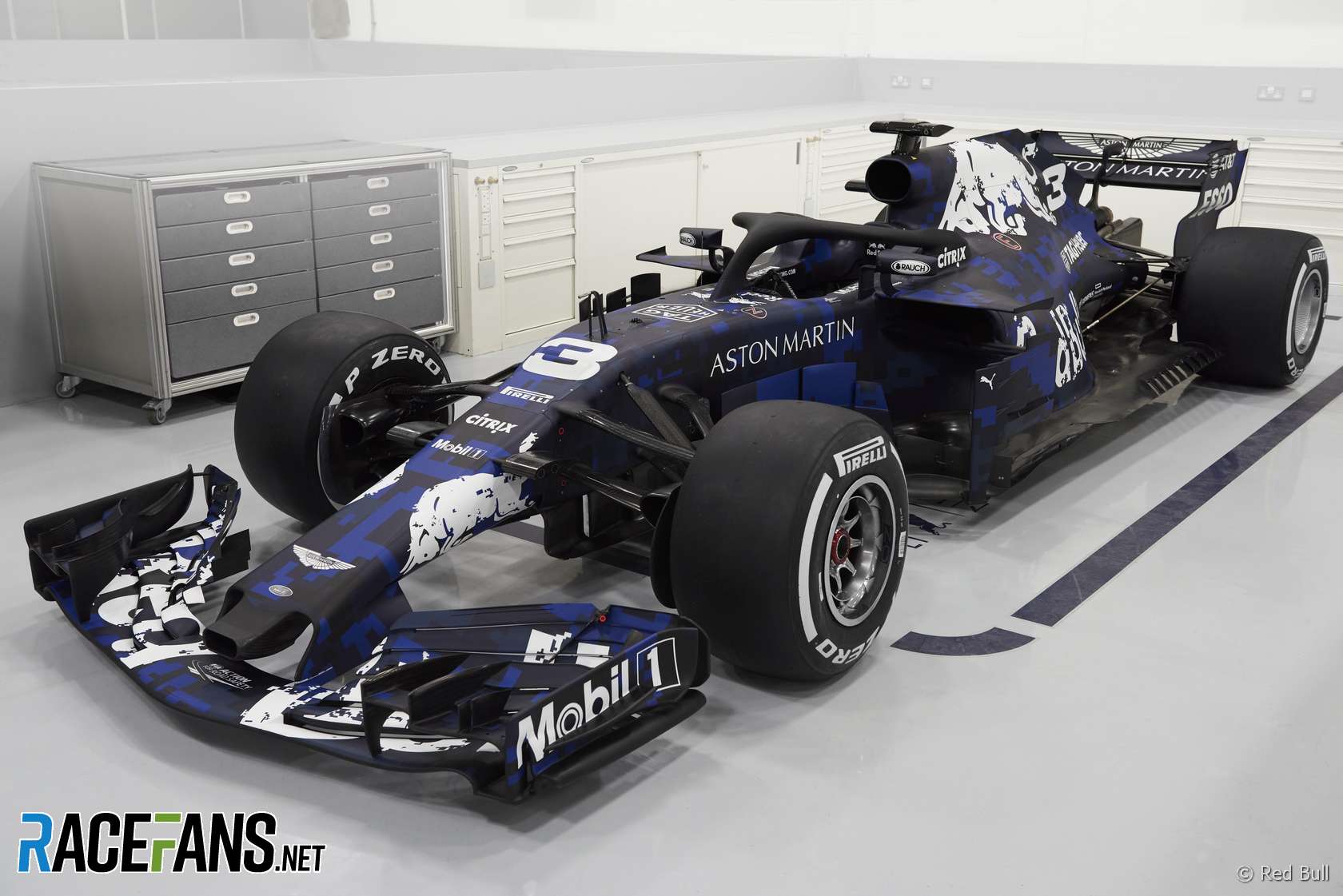 Red Bull have revealed their new car for the 2018 F1 season in a special testing livery.

Daniel Ricciardo is shaking down the new chassis at Silverstone today.

The team will reveal its race livery when pre-season testing begins at the Circuit de Catalunya next week.