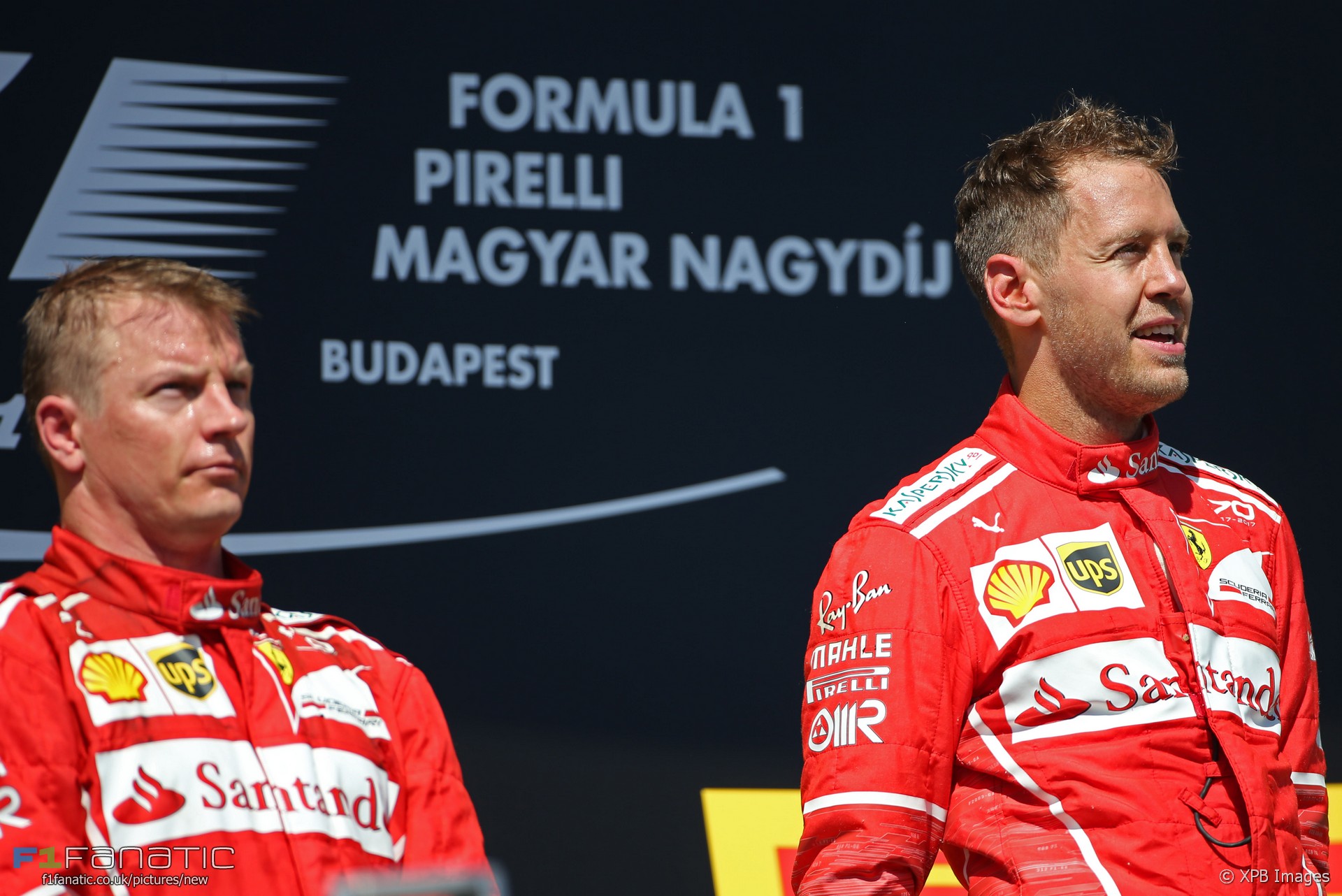 In the round-up: Ferrari CEO Sergio Marchionne indicates Kimi Raikkonen and Sebastian Vettel are likely to be retained by Ferrari next year.

Your daily digest of F1 news, views, features and more from hundreds of sites across the web:

"In the case of Kimi, we are pretty well sure... we know he wants to stay. Hopefully we will bring them on soon."

"We’ve got to land those decisions in the next four or five weeks. I think there is a solution out there for everybody and I hope it’s one that will be able to retain Fernando in this team."

Wolff 'not in a happy place' after Lewis-Bottas switch (ESPN)

"I think long term, standing by what you say and standing by your values, is going to make us win more championships. It was a tough call to make and a very difficult one."

Grosjean on Hulkenberg clash: 'We are not in NASCAR' (Motorsport)

"I don't see the difference between Nico and Verstappen, to be fair. Again, the stewards' consistency is a bit strange."

"I think they were perhaps a little zealous when you look at Bottas' move in Barcelona."

"I can certainly feel it in my shoulders, but the biggest thing is the feet. The shoes are a bit too small. My feet were killing me."

"In the wider sense of what we do with cars between Maserati, Alfa (Romeo) and Ferrari, we are looking at this with interest. Maybe with one of the others - not Fiat - but Alfa or Maserati."

"It is called Sally’s Wing, for the student who developed it, Sally Li. It achieved noteworthy results in testing, said Tommaso Volpe, Infiniti’s global motor sports director, but needed to be modified for the British Grand Prix because Sally’s Wing awaits approval for use in races."

Got a tip for a link to feature in the next F1 Fanatic round-up? Send it in here:

It's been a fantastic 10 years, but the time had come for me to move on. Mega team, fab people, great memories. https://t.co/UgeDOhBzXy pic.twitter.com/FTC2FzW94r

1/3… Yesterday was hard to take. You build up all day for those couple hours of racing and then it's gone like that.

2/3… Max apologized to me after the race and we spoke one on one away from media or anyone.

3/3… The situation was handled and taken care of in the right way to move forward.
Lights go out again in 4 weeks 👍🏼

Many of you asked me when my last win, and this was actually the one: Bercy 2011 Been a long time waiting and I'm proud to dedicate this victory to Jules Bianchi, this one is for you my friend… We all miss you #jb17 #neverforget