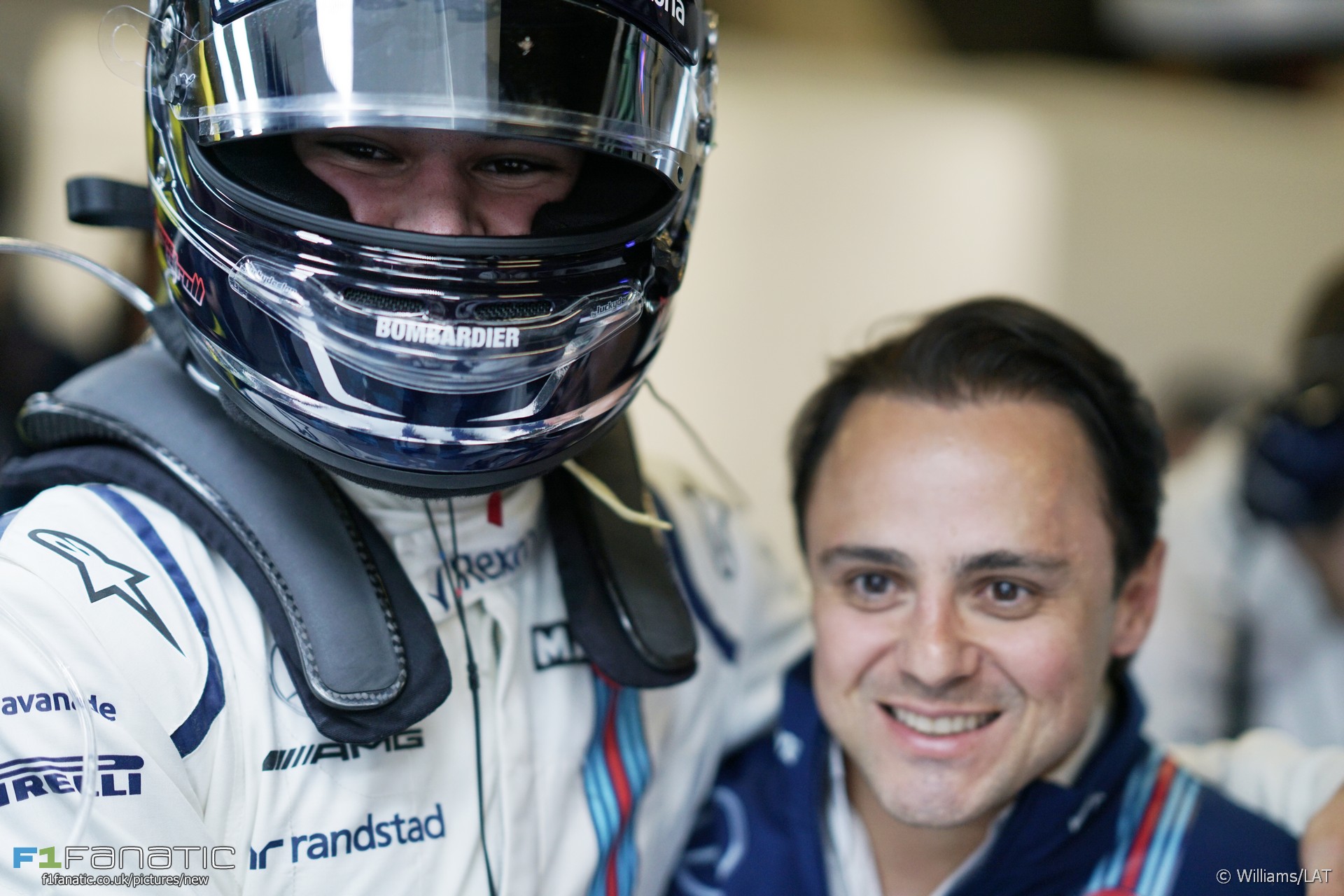 Felipe Massa’s intended retirement at the end of last season only came about because Williams couldn’t afford to keep him according to the team’s former chief technical officer Pat Symonds.

Massa announced his retirement at last year’s Italian Grand Prix and Williams subsequently announced Lance Stroll would take his place. Stroll’s career has been financed by his billionaire father.

However Nico Rosberg’s abrupt retirement at the end of the year led Williams to sell Valtteri Bottas to Mercedes, opening the door for Massa to continue his career.

Symonds, who left the team in December before Massa’s return was announced, told F1 Racing magazine he urged the team to keep stability in its driver line-up due to the new technical rules being introduced this year.

“When I was there I was adamant that when we crossed into a new set of regulations it was important to stabilise everything else,” he said.

“In an ideal world I would have kept both drivers, but budgets at the time were not there to sustain that. Williams needed to at least keep Valtteri and that didn’t happen.”

Bottas out-qualified Massa 17-4 last year which was the widest gap between any pair of team mates all season. The team indicated they were only prepared to release him to Mercedes because Massa was able to return.

“To keep some continuity, the only option was to bring back Felipe,” Symonds continued. “I think you’ve got to remember that Felipe didn’t really want to retire, but in mid-2016 they couldn’t afford to keep him.”