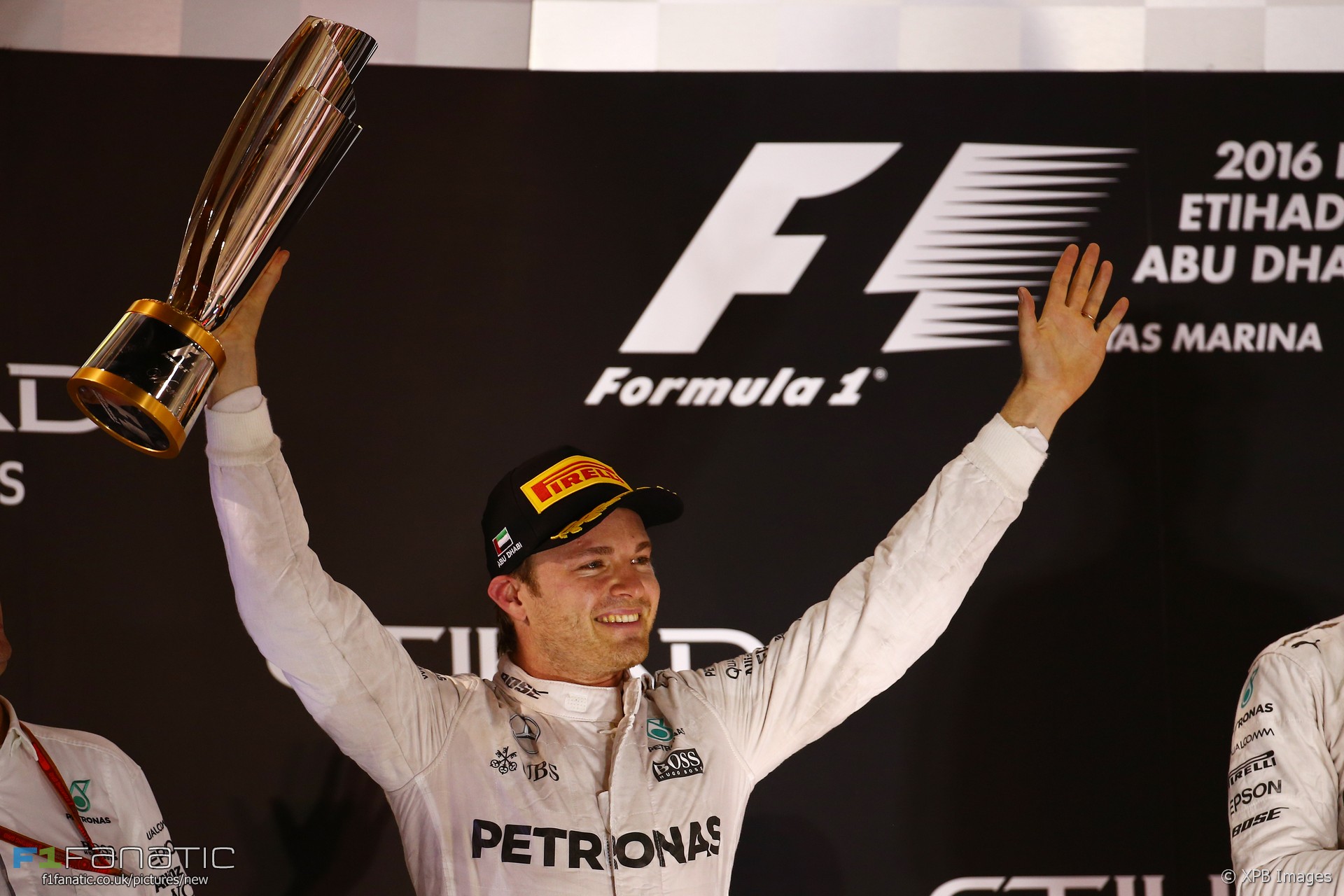 A jubilant Nico Rosberg said the pressure of the title-deciding race in Abu Dhabi was “horrible”.

Rosberg endured a difficult race as team mate Lewis Hamilton backed him into the chasing pack, forcing him to fight for position.

“It was so unbelievably intense out there,” Rosberg told reporters after the race. “It was unbelievable.”

“First of all with Max [Verstappen]. I thought today of all days I’m not going to see him, and there he was again. I had him all over in the last couple of races.”

“And the team said to me ‘it’s critical to pass’. Critical for the championship. So I tried to get past, I knew it was going to be difficult, I gave it everything, he gave it everything and it worked out. And that was such an intense feeling in the car. I’ve never felt anything like that in the car.”

In the final phase of the race Rosberg was faced with Hamilton ahead slowing him down and pressure from Sebastian Vettel and others behind.

“I thought it was done and then Lewis continued to back me up into everybody else. He did it really well because I had no chance to pass him. I was trying, he was flat out in sector one, making sure that I was never in DRS, and then just slowing down in the rest so the others came in again. And that was horrible.”

Rosberg said he could barely comprehend having won the championship. “It’s ridiculous,” he said. “I can’t believe it. I can’t wait to celebrate with my team and all my friends.”

“The pressure was massive this weekend,” he added. “I found patches of really cool, where i was quite happy with my state of mind, I went into the race with quite a good one. I was happy about that.”

“But it was such an intense mind the whole weekend. Unbelievable. I’ve never done something like that in my life. It was so difficult. The first bit of emotion was relief, I was crying my eyes out on the lap back.”