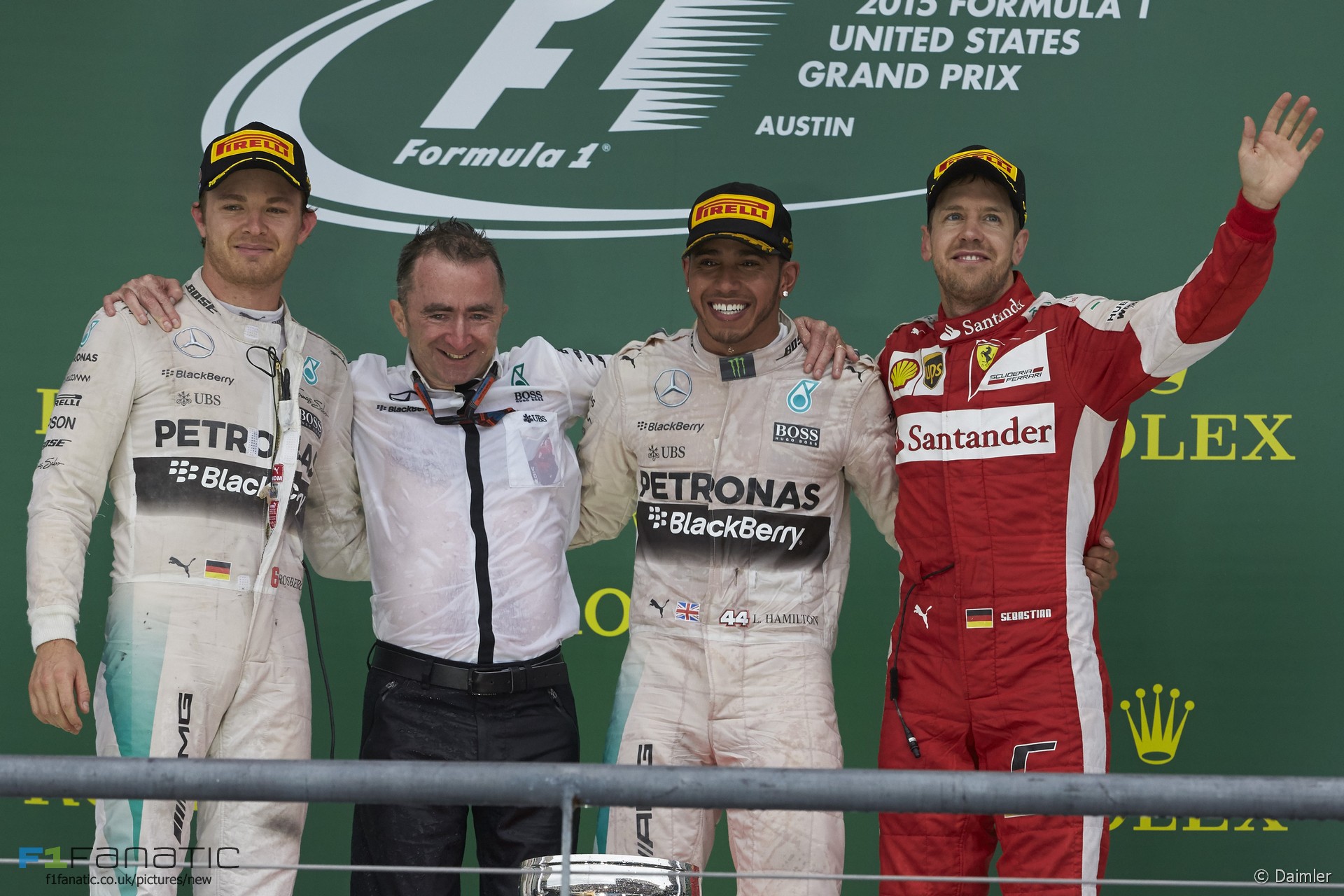 Rosberg was leading the race when an error, which he blamed on a gust of wind, allowed Lewis Hamilton through to win the race and take the 2015 title.

Speaking after winning the championship in Abu Dhabi, Rosberg said the race had been a “big turning point” for him.

“Austin was a horrible experience for me,” Rosberg admitted. “I spent two days just on my own thinking and I said I didn’t ever want to experience that again and then I went and won the next seven races on the trot, so for sure it was a big moment for me and one of the key moments for being here today.”

Rosberg’s subsequent winning streak included the first four races of this season, which formed the basis of his championship victory. He said the victory meant more to him for beating his team mate, who is already a three-times champion, and who he had never previously beaten over a full season while driving for the same team.

“It feels like I’ve been racing him for ever and always he’s just managed to edge me out and get the title, even when we were small in go-karts,” said Rosberg.

“He’s just an amazing driver and of course one of the best in history. So it’s unbelievably special to beat him because the level is so high and that makes this, for sure, so much more satisfying for me because the benchmark is so… and I took the world championship away from him which is a phenomenal feeling.”

“It’s been a great year as well, for sure he drove at an extremely high level, he’s done some incredible racing so he’s been a very very tough competitor and I don’t know how many points we are apart at the end, you know, five points, which is unbelievable. With the same car.”