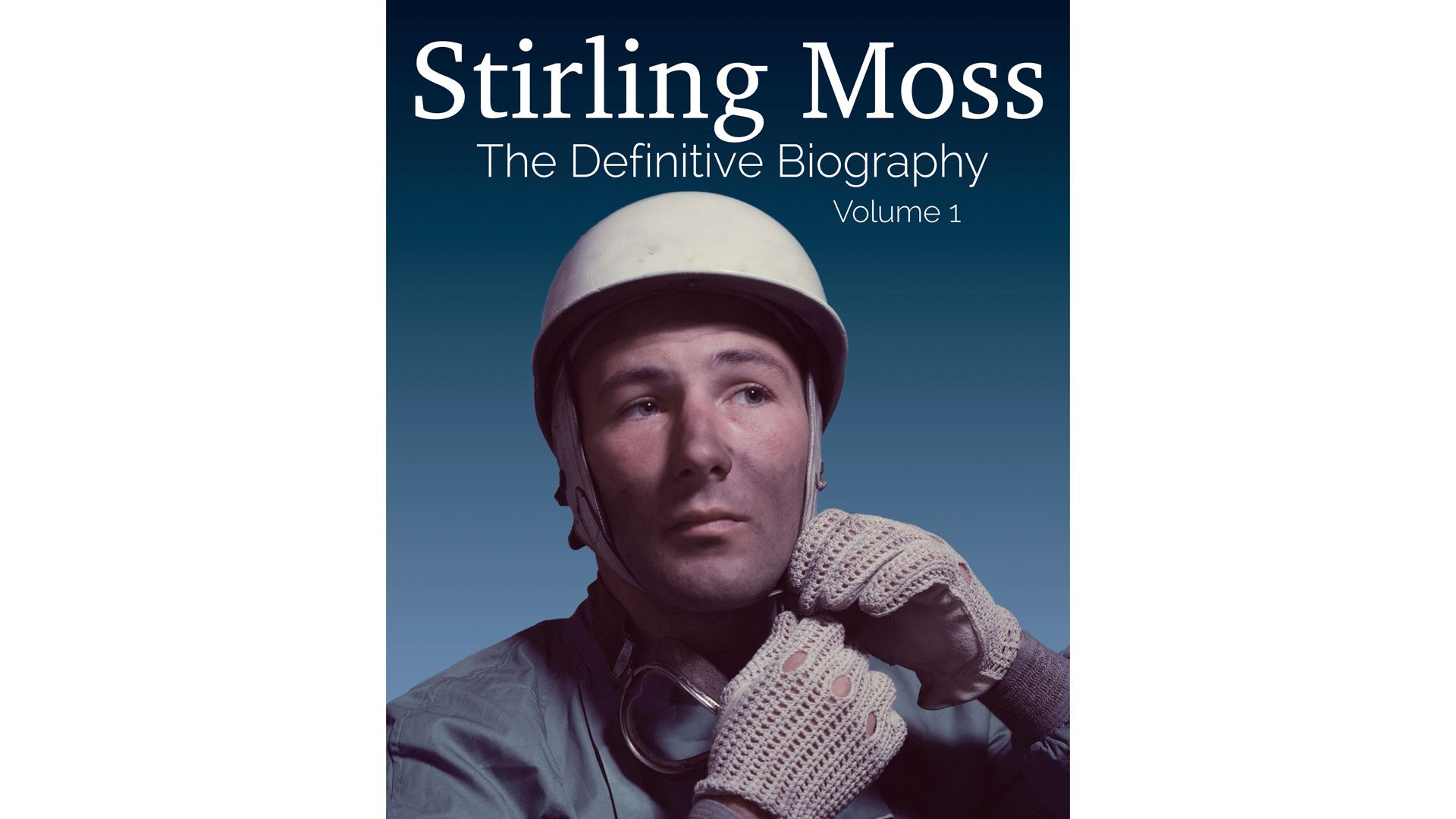 The rule of F1 Fanatic book reviews is that the text must be read cover-to-cover before a verdict is passed. I have been sorely tempted to break this rule over the past weeks.

The arrival of Philip Porter’s new biography of Stirling Moss is what has tested my resolve. When the package appeared on my doorstep I assumed it was a new set of brake pads I had ordered for the car.

I was astonished to discover a book inside, and doubly so when I spied the legend “volume one”. This is the first 26 years of the Moss story in 640 pages. Being a lifelong gym-dodger, Porter’s magnum opus has left me in serious danger of growing biceps.

But when someone has gone to the effort of writing a book then the least a reviewer must do is read it. And make no mistake, a serious amount of research has gone into this tome, enhanced by interviews with the subject as well.

“I believe this may be the most deeply researched and detailed motoring biography ever written” the author claims, and I’m not inclined to argue. Not least because vast chunks of the original source material are quoted in the book, often at excessive length.

In places entire articles have been reproduced irrespective of how much detail they offer about Moss. Unfortunately this is just one aspect which makes the book as tiresome to read as it has been to carry around.

Many will be familiar with the ‘Scrapbook’ series from Porter Press, which includes titles on Martin Brundle among others. This has the feel of a series of scrapbooks which has been converted into straight text with not enough attention paid to how well that would read.

The text is rigidly chronological. If this was a book on a modern driver who never ventured beyond Formula One, this might not be a problem. But Moss spent the early fifties racing in formula cars, sports cars, hillclimbs, rallies and more. Any broad sense of his performance in each and his career progression as a whole is obscured by the constant shifts in focus.

If ever a book needed a proper index of references, it’s this one. The endless citations and corrections prevent a coherent narrative from emerging. It’s a pity because there is no shortage of engaging material here. This is a book to read on fast-forward, skimming the endless slabs of diary quotations (including ratings of every film he watched) to get to the meaty parts.

The prose is more than good enough not to need to rest upon paragraph after paragraph of quotations. The author is a self-proclaimed fan of his subject and there’s nothing wrong with that. But too often Porter merely tells the reader Moss was loyal, virtuous or patriotic, rather than letting the facts speak for themselves. The general absence of criticism makes the book feel hagiographic.

It gives me no pleasure to hand such a meagre score to to a book which is clearly a labour of love and one into which an extraordinary amount of effort has evidently been applied. Moss fans I’m sure will appreciate the diligent examination of his career, the product of which is a thorough reference work which attempts to set the record straight. For others I suggest Robert Edwards’ pithy 2001 authorised biography.

Is this the “definitive” Moss biography? “Exhaustive” might be a better word, at least until volume two, due in 2018, arrives.

4 comments on “Stirling Moss: The Definitive Biography volume one reviewed”