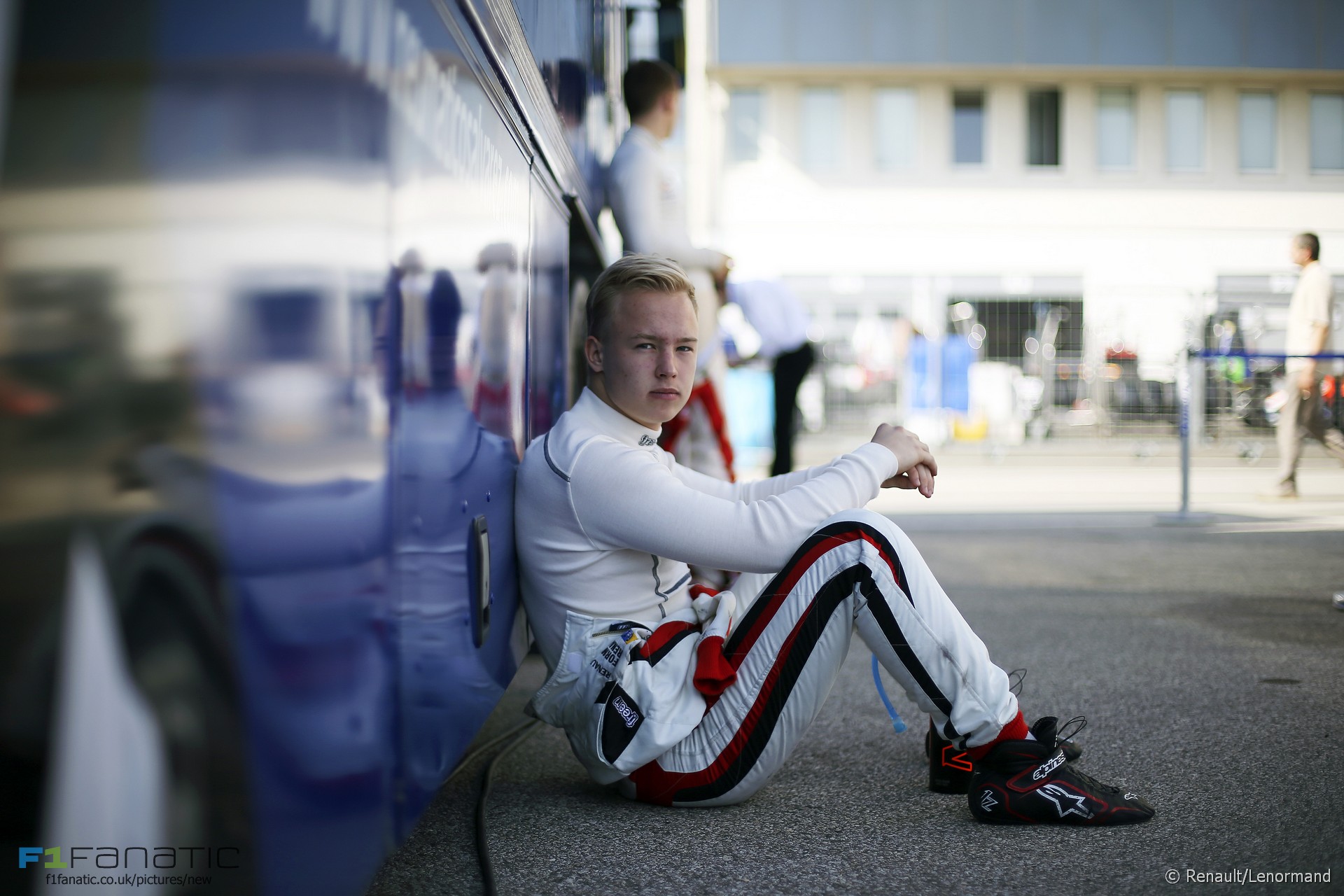 Mazepin had his first full season in racing cars last year having finished second in the 2014 CIK-FIA KF karting final. He placed 12th in the Formula Renault 2.0 NEC series, mostly behind drivers in their second or third year of competition at that level.

Among the other rookies who finished ahead of him was Jehan Daruvala, who has been backed by Force India since finishing as a runner-up in their ‘One from a Billion’ programme to find new Indian racing talent. Like Daruvala, Mazepin also made a handful of appearances in the Formula Renault 2.0 Eurocup, however the Russian driver did not score in his seven starts.

Mazepin, whose kart success means he already has three FIA superlicence points, will race in the European F3 championship this year. He said the move was the “biggest step in my career” so far.

“I’m still young and I have a lot to learn, so the guidance and experience of Sahara Force India is really important for my development,” said Mazepin. “My goal is to race in Formula One in the future and today’s news takes me closer to achieving that objective.”

Team principal Vijay Mallya said Force India has “a strong track record of identifying and nurturing young talent and it is clear that Nikita is already a very capable and determined racer.”

“We plan to use him extensively on our new simulator and he will also support our in-season testing programme, which will play an important role in the development of the VJM09.”

“It’s also exciting for the team to begin working with a young Russian driver given the success of the Russian Grand Prix in recent years. It’s a market with huge potential for Formula One and the emergence of young talents, such as Nikita, will ensure interest in the sport continues to grow rapidly.”

The team has previously announce Alfonso Celis Jnr will drive during selected Formula One practice sessions this year.