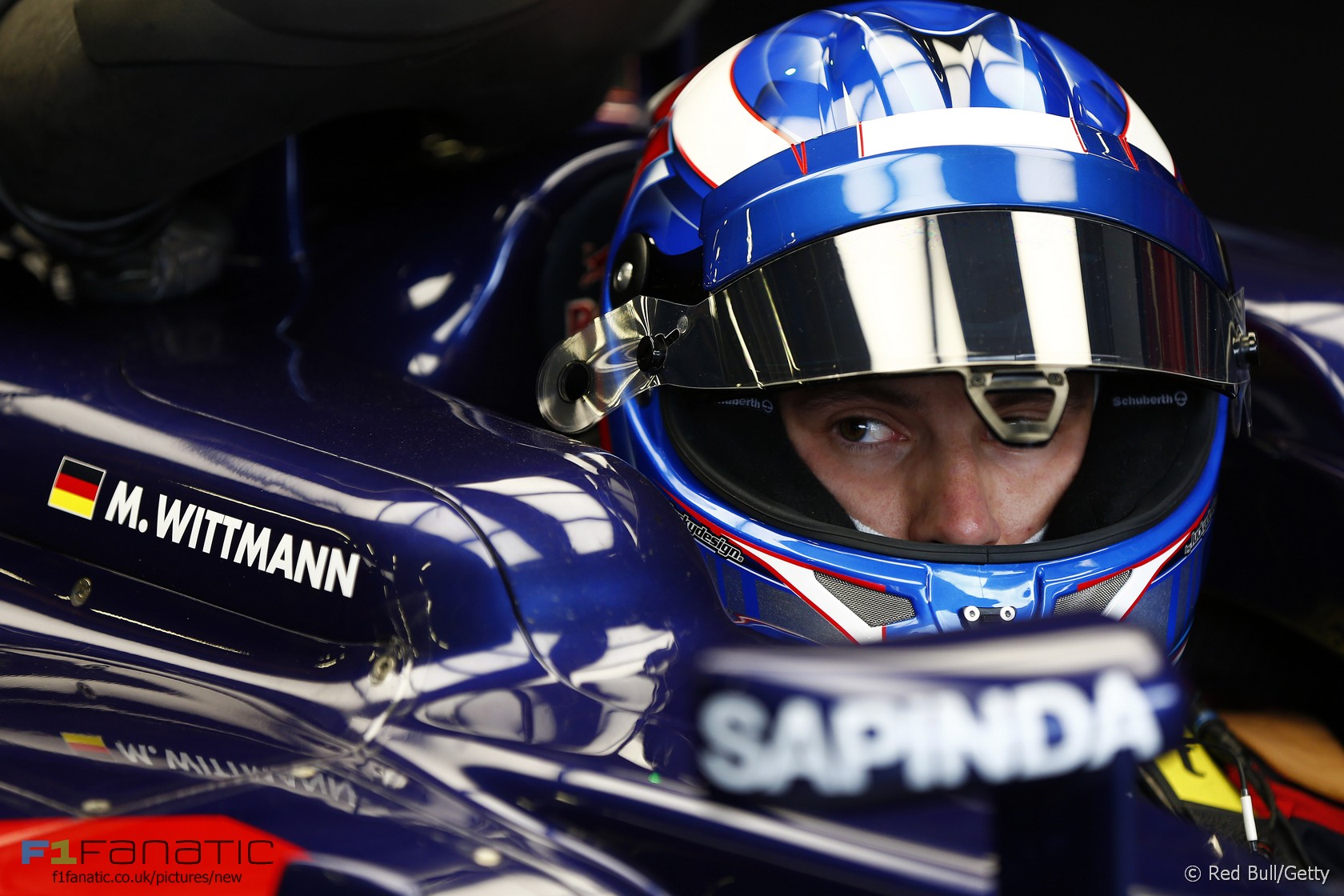 The FIA has revised and expanded its superlicence points system which will decide which new drivers are allowed to race in F1 from 2016.

Dozens of drivers have gained from the changes – but how many of them are actually likely to end up racing in F1 in future?

DTM, WTCC and Indy Lights drivers now accumulate superlicence points and some of them have enough to qualify almost immediately. Four-time World Touring Car Champion Yvan Muller leads the table on 37 points, although the 45-year-old would be F1’s most senior driver for decades if he made the switch.

This change is particularly good news for the junior touring car drivers, particularly those in the DTM, from which the likes of Paul di Resta and Christijan Albers have previously graduated to F1. Reigning champion Marco Wittmann, who recently tested for Toro Rosso, stands to benefit from the change. Mercedes test driver Pascal Wehrlein is third in the standings at present.

Indy Lights drivers have also been added to the points structure, although it has been many years since a driver moved through the ranks of American single-seater racing to graduate into F1. Of the drivers who had points under the original system, 22-year-old racer Oliver Rowland stands to gain the most. The British driver, who extended his Formula Renault 3.5 championship lead with a win and a second place at the Red Bull Ring on Sunday, has seen his tally more than double to 30 points which puts him three-quarters of the way towards qualifying for an F1 superlicence.

With Formula Renault 3.5 now awarding almost as many points to its champion as GP2, Rowland only has to finish in the top five this year to ensure he qualifies for an F1 superlicence in 2016.

The increased points allocation to the Formula Renault championships is also good news for McLaren’s junior driver Nyck de Vries. He scooped two Formula Renault 2.0 championships last year, which are now worth twice what they once were, putting him past the halfway mark on his way to the crucial 40. Antonio Felix da Costa’s Formula Renault 3.5 successes have also earned him greater rewards.

Perhaps most significantly last year’s Formula Renault 3.5 champion Carlos Sainz Jnr, who would not have qualified to participate in F1 this year under the scheme as it was originally envisaged, would now clear the threshold with 43 points instead of 38.

Japanese Super Formula is one of the fastest championships outside of F1, yet even its increased points allocation probably does not adequately reflect that. However it does mean the driver who already had the largest superlicence tally – Andre Lotterer – now has even more.

IndyCar’s feeder series Indy Lights has also been included for the first time, which boosts Carlos Munoz and Jack Harvey up the points standings. Other drivers to have benefitted from the change are top Japanese Super Formula racer Joao Paulo de Oliveira, who moves up from 25 points to 34.

European F3 race winner Jake Dennis has seen his tally more than double, rising to 15. Rival Charles Leclerc, currently second in the standings, rises from three points to ten, thanks in part to the FIA’s decision to including karting in the points system.

Only three drivers have smaller points tallies due to the revised structure. These are the three most recent GP2 champions – Jolyon Palmer, Fabio Leimer and Davide Valsecchi – who have lost ten points each but all have at least 40.

But will the changes actually make it easier for the most promising junior drivers to reach F1 at a time when most of them need to bring budgets? As Rowland reflected when the superlicence points system was first announced, “It’s the 20 million I’m more interested in finding than my super licence.”

See a complete list of how many superlicence points every driver has here:

29 comments on “The winners from F1’s superlicence points change”