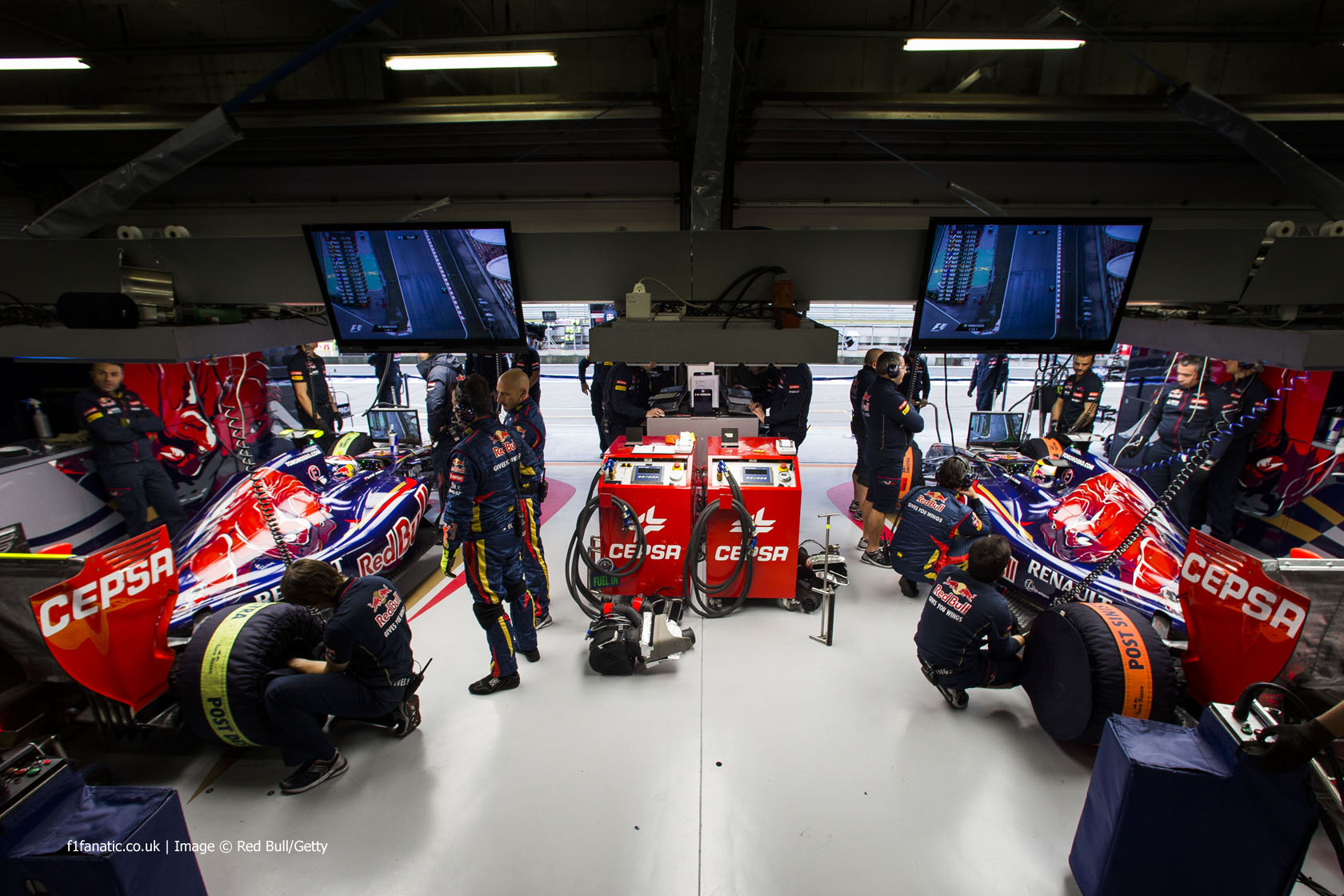 Sebastian Vettel’s decision to leave Red Bull at the end of the year has left the team facing a tricky decision.

Red Bull stunned the F1 world in August by announcing it would promote Max Verstappen to Formula One with Toro Rosso next year. The original plan was for him to accompany Daniil Kvyat at the team, but with the Russian moving up to Red Bull next season another driver is needed to fill the gap.

The Red Bull junior programme is the team’s preferred source of new driving talent and there are several names on it who stand out as potential occupants of the seat.

But who deserves it most?

The son of two-times World Rally Champion Carlos Sainz is surely the favourite for the seat. The 20-year-old from Madrid is the most high-profile success story in the Red Bull Junior Team at the moment, having become the first driver from the programme to win the Formula Renault 3.5 championship.

Sainz set a new record by winning seven wins from seventeen races in the category. But his performance wasn’t as emphatic as the sheer numbers suggest. Having slotted into the DAMS seat occupied by previous champion Kevin Magnussen, Sainz struggled to shake off the perception that he was making the best of a well-sorted car.

His performance in the season finale at Jerez did little to challenge that view. At a venue where the teams were racing for the first time, Sainz failed to score in either race. On other days he was imperious. Sainz’s rivals didn’t see which way he went at Paul Ricard, as he shrugged off the growing pressure from title rival Roberto Merhi and the disappointment of being overlooked for Verstappen at Toro Rosso.

The chance he might now join the driver he was passed over for is an enticing one, but whether that will happens depends on whether Red Bull believe they can find a solution to why he has so many off-days.

By initially announcing Kvyat and Verstappen as their drivers for 2015, Toro Rosso appeared to have given a final verdict on Jean-Eric Vergne’s future with Red Bull. Before the Vettel news, Vergne explained he was looking for a seat outside their programme.

Like so many before him, Vergne had covered the standard two/three-year spell at ‘Red Bull Junior’ and failed to present a compelling case for why he deserved to drive an RB11. First his more experienced team mate gained promotion, then his significantly less experienced replacement did likewise.

But Toro Rosso team principal Franz Tost was at pains to highlight Vergne’s qualities as a driver, and has described him as the best racer to pass through Toro Rosso’s doors who didn’t gain a place at Red Bull.

And it’s not hard to see why Toro Rosso might not want to place a second rookie alongside the Verstappen – who will be F1’s youngest driver by almost two years. Vergne might just be granted a stay of execution.

Red Bull promoted the reigning GP3 champion to F1 this year and it could happen again. Lynn is virtually assured of the GP3 championship when the field reconvenes in Abu Dhabi for the final round of the season at the end of next month.

Unlike Kvyat last year, Lynn hasn’t also been keeping a foot in the F3 camp this season, but he will return to the category for the Macau Grand Prix next month. Are Red Bull waiting to see him go up against the likes of Verstappen and Merhi in that prestigious race before making their decision?

A solid first season in Formula Renault 3.5 saw Gasly, last year’s champion in the 2.0 Eurocup, finish as top rookie behind Sainz. What’s more, he claimed more podium finishes than his fellow Red Bull junior driver, though while Sainz was only ever on the top step Gasly never made it there once.

His season had the consistency Sainza’s lacked, however, and the fact Red Bull chose to run him in GP2 – the first time they’ve put a driver in that category for six years – suggests they do have big plans in mind for the 18-year-old.

For Da Costa, the star of Red Bull’s junior team in late 2012, the moment has surely passed. He dazzled after his mid-season introduction to Formula Renault 3.5, winning four of the last five races. But after failing to deliver the title in 2013 he now finds himself in the DTM.

As competitive as Germany’s touring car championship is, it also has an unfortunate reputation as a place where once-promising F1 talent is left to wither on the vine. Like Vergne, the concern for Da Costa is that Red Bull has already made its final decision about his future.

Drivers outside the Red Bull programme know the Toro Rosso seat is off-limits for them. However things can change quickly – Verstappen wasn’t a Red Bull junior driver until six days before his Toro Rosso deal was announced.

Many of the other leading drivers in junior categories are already aligned to other teams, such as Felipe Nasr (Williams), Stoffel Vandoorne (McLaren), Esteban Ocon (Lotus) and Antonio Fuoco (Ferrari). And those who have excelled this year, such as GP2 champion Jolyon Palmer, have been around long enough that Red Bull would surely have shown their interest by now if they had any.

Who would be the best choice for Toro Rosso in 2015? Cast your vote below and have your say in the comments.

Who should get the second seat at Toro Rosso in 2015?

An F1 Fanatic account is required in order to vote. If you do not have one, register an account here or read more about registering here. When this poll is closed the result will be displayed instead of the voting form.