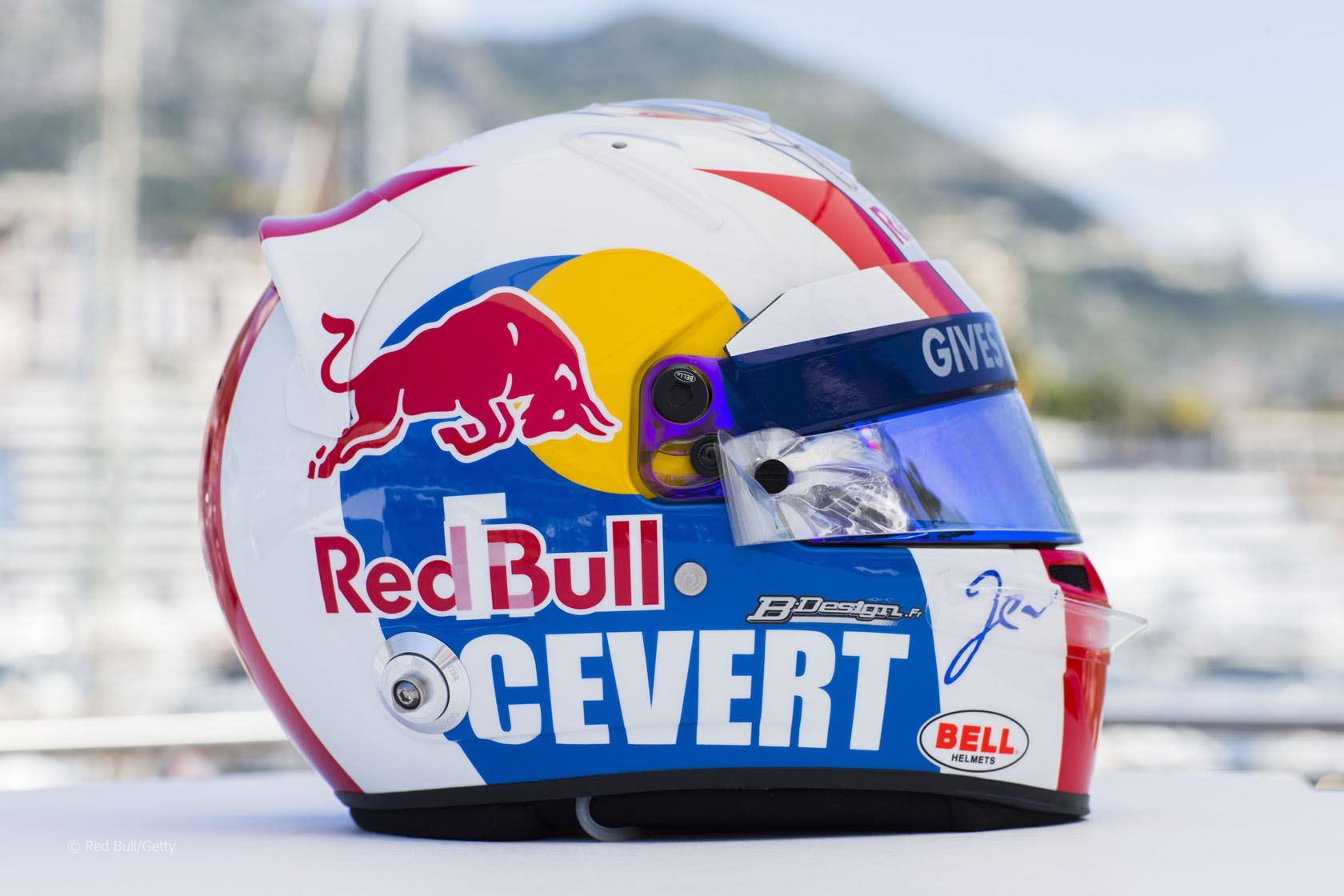 As has become a tradition in Monaco, several drivers have swapped their regular helmet designs for different variations.

Two of them are sporting designed used by past drivers. Kimi Raikkonen is using a designed styled on that used by James Hunt as he did last year.

Meanwhile Jean-Eric Vergne is using a helmet close in design to that worn by Francois Cevert. This year will see the 40th anniversary of Cevert’s death.

Sebastian Vettel rarely passes up an opportunity to change his helmet design. is Monaco helmet includes a picture of Stirling Moss winning the 1961 Monaco Grand Prix, famously resisting pressure from the chasing Ferraris for much of the race.

The rear of Vettel’s helmet design features a pin-up girl whose clothes become more transparent when the helmet gets warmer.

Fernando Alonso is using a gold coloured helmet similar to that he wore at this race last season and Paul di Resta is using a special design with a playing cards theme.

Finally, Pastor Maldonado’s references Williams’ troubled start to the season with the slogan “No points no party”. It also features a picture of the patron saint of Monaco, Saint Devota, after whom the first corner on the circuit is named.