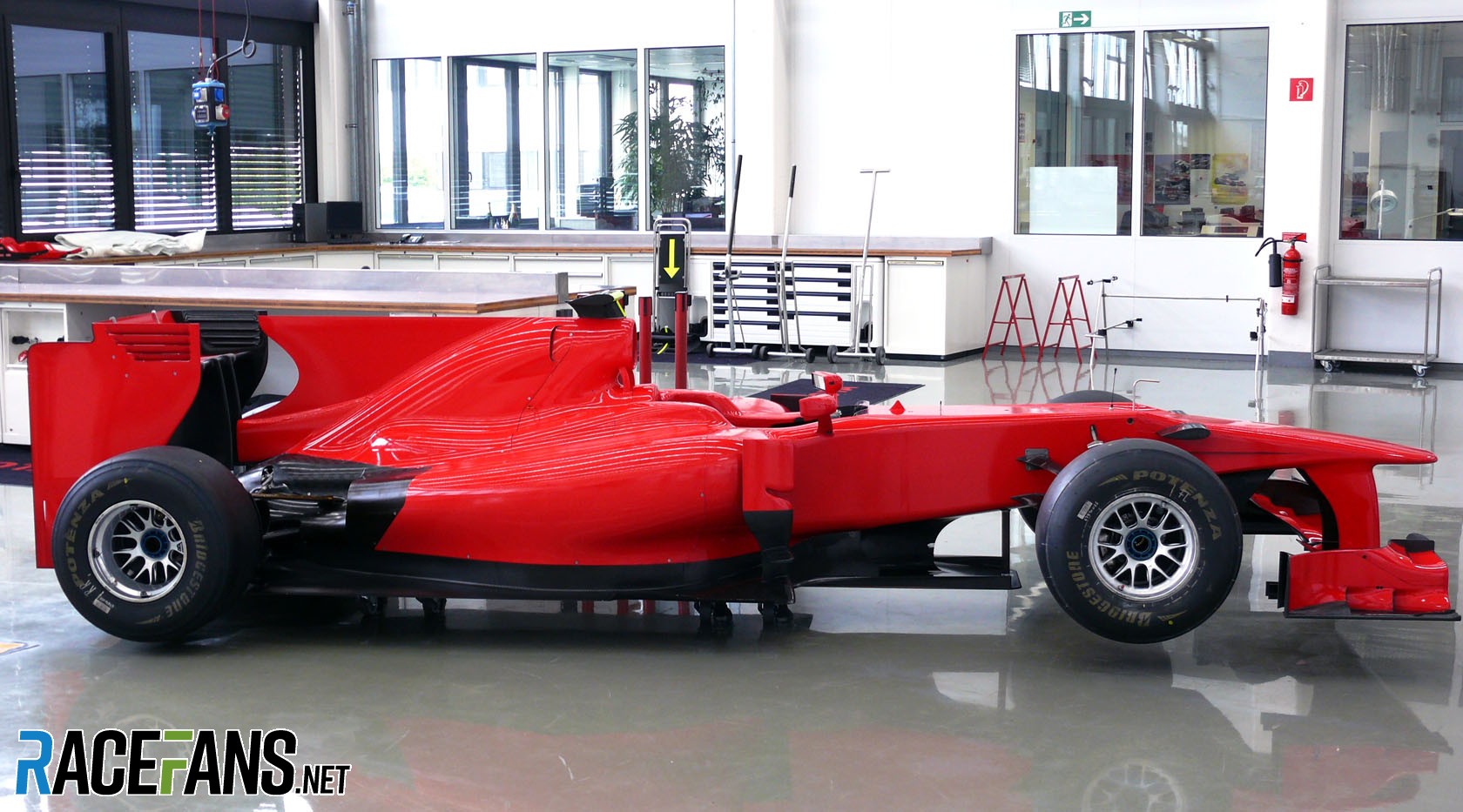 These pictures show the Toyota TF110 chassis in the colours Stefan GP hoped to race it in 2010.

Stefan GP planned to take the place of US F1 after the team pulled out shortly before the season began. However the FIA did not grant them permission to compete.

Two TF110 chassis were built but not raced by Toyota as they pulled out at the end of 2010.

The car is pictured in its ‘testing specification’. A race upgrade package was also planned which included an exhaust-blown diffuser as several teams ran in 2010.

It also featured alterations to the front and rear wings. The team did not have an F-duct for the car, although according to Toyota “we had done plenty of work on rear-wing stalling”.

A second chassis, which remained in black, has not turned a wheel.

Stefan GP applied for the 13th grid slot again in 2011 but no team was awarded the place.

Here are a few technical details on the car: