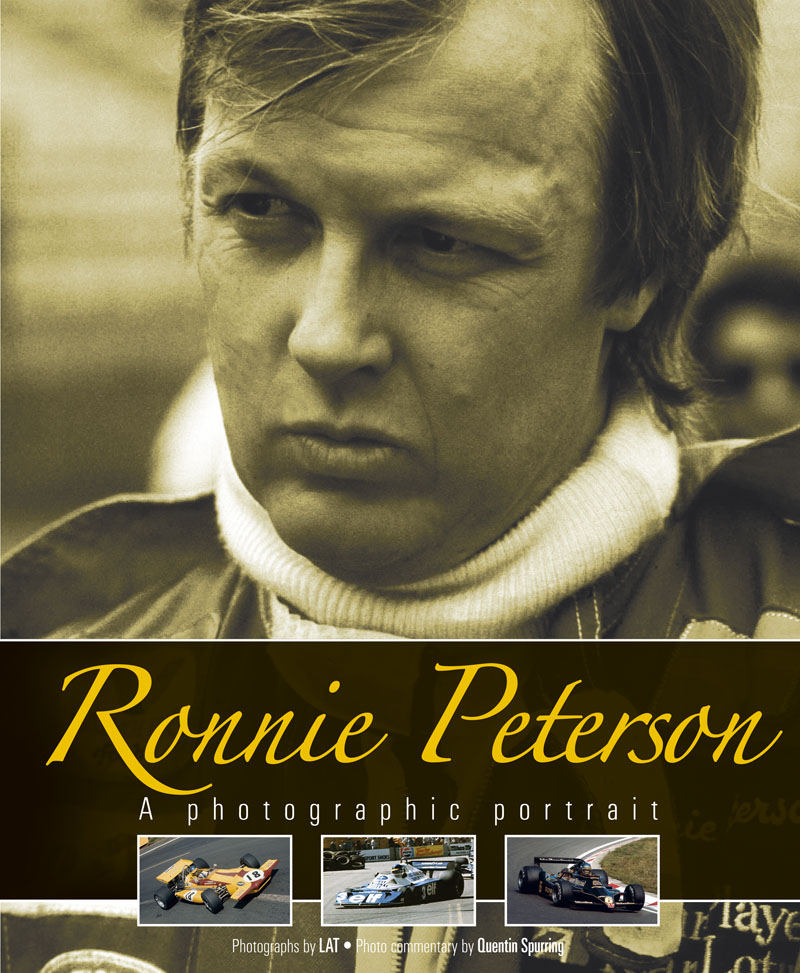 The 30th anniversary of the death of Ronnie Peterson was marked earlier this year.

The popular F1 driver of the 1970s died following a start line crash in the Italian Grand Prix at Monza in 1978. Peterson was an uncomplicated, hard-charging racer who made oversteer an art form. His loss stunned the F1 world.

His career is commemorated in this new book from Haynes which illustrates Peterson’s career with a collection of pictures from LAT’s enormous archives. Quentin Spurring and Alan Henry provide annotations and commentary on the expertly-chosen selection of photographs.

This is not just page after page of Lotuses on maximum opposite lock – though there is quite a bit of that – there’s many pit and paddock photos too. One that jumped out at me, which shows Peterson with Emerson Fittipaldi and Colin Chapman, ticks all the seventies cliches: big hair, big sunglasses, big sideburns.

The car have that seventies look too: from the dumpy Marches Peterson drove in the early seventies to the strikingly ugly six-wheeled Tyrrell he campaigned in 1977, to the classic 1978 Lotus 79 which, compared to what he had at the start of his career, looks so much like a modern F1 machine.

These were the days when the F1 drivers commonly dabbled in other motor sports, and so there are pictures of Peterson chucking a BMW CSL touring car into Karussel on the Nurburgring Nordschleife, preparing for a snow rally stage in a Ford Escort, and tackling Brands Hatch in a Ferrari 312PB sports car.

If you like the picture-heavy ‘coffee table’ style books, this is one of the better examples of them, and a fantastic, colourful recollection of Peterson’s career.