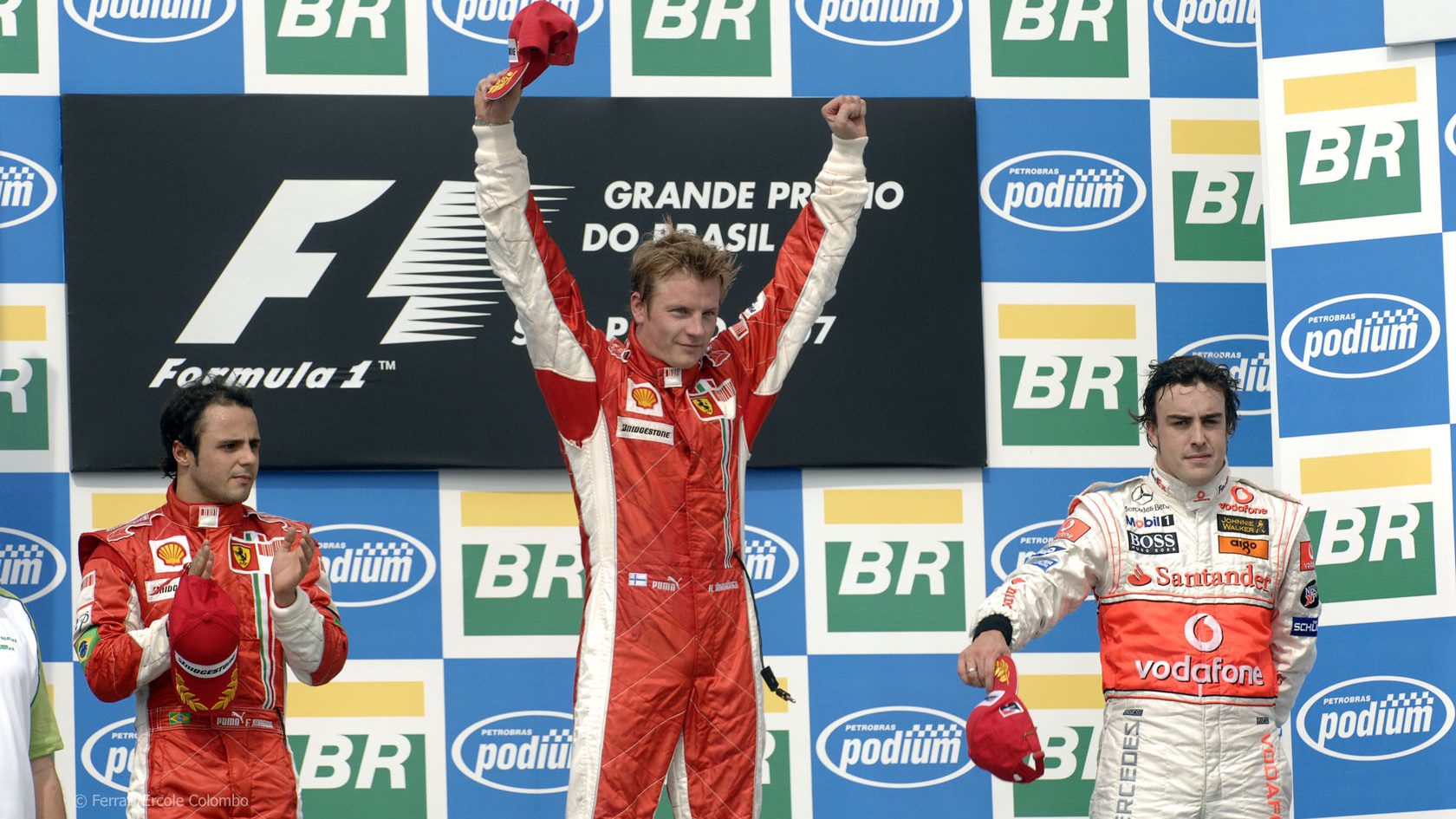 The World Motor Sports Council has confirmed Kimi Raikkonen as 2007 world drivers’ champion after ruling on McLaren’s appeal against the results of the Brazilian Grand Prix.

It took almost two days for the court to deliver a verdict many considered a foregone conclusion.

The FIA decided McLaren’s case was ‘inadmissible’. The full explanation for the decision has not yet been published.

Having heard the evidence they decided not to impose a penalty as they had sufficient doubt as to both the temperature of the fuel on board the car and to the true ambient temperature.

Having heard the explanations of both parties and having examined the various documents and other evidence, the Court decided that the appeal lodged by Vodafone McLaren Mercedes is inadmissible.

Update: McLaren and Ferrari have reacted to the decision.

The decision of the ICA finally brings to an end a very intense season, both on and off the track. Today, a final and desperate attempt to change the result obtained on the track was rejected. Now, all our efforts are focused on preparing for next season.

In the interests of rule clarification and rule consistency we lodged our appeal. We have not yet seen the text of the FIA International Court of Appeal decision and hope that clarification is provided.

It’s important to stress that the FIA Stewards’ inquiry at the Brazilian Grand Prix was not triggered by any action from McLaren, but by a report written and made public by the FIA Technical Delegate, which drew the FIA Stewards’ attention to what we regarded as a clear regulation breach on the part of BMW-Sauber and Williams.

Our appeal was merely a logical and procedural step in the process begun by the FIA Technical Delegate’s written report. We hope that this fuel temperature issue does not remain unresolved in Formula One next year, but we look forward to working with the FIA and the teams on clarifying matters to avoid a similar situation occurring again.

As I have said all along, Kimi deserved to win the 2007 world drivers’ championship, and neither I nor anyone at Vodafone McLaren Mercedes had any desire to take it off him in court. That was not the purpose of the team’s appeal.

I am looking forward to the 2008 season and racing Kimi, and all my other rivals, on track and hopefully be able to go one better than the second place I achieved in this year’s World Drivers’ Championship.

1. Article 6.5.4 of the FIA Technical Regulations states that no fuel onboard the car may be more than 10C below ambient temperature.

2. There is no specified source for the ambient temperature measurement, and there is no homologated and sealed sensor for measuring fuel temperature either in the fuel rigs or on-board the cars.

3. Meteo France, who provide official temperature measurements for the FIA and Formula One teams, recorded a maximum ambient temperature during the Brazilian GP of 33C.

4. The lowest temperatures recorded by Williams’ precise on-board sensors in the fuel tank and in the fuel injection rail on either of its cars during the Grand Prix were 31C and 35C respectively.

5. Consequently, as the Stewards found, there was no breach of the regulations.

6. All of the preceding points are consistent with all of the clarifications and opinions related to fuel temperatures expressed in Team Manager’ Meetings and other such forums. The views offered in these meetings fully support Williams’ case as presented to the FIA ICA.